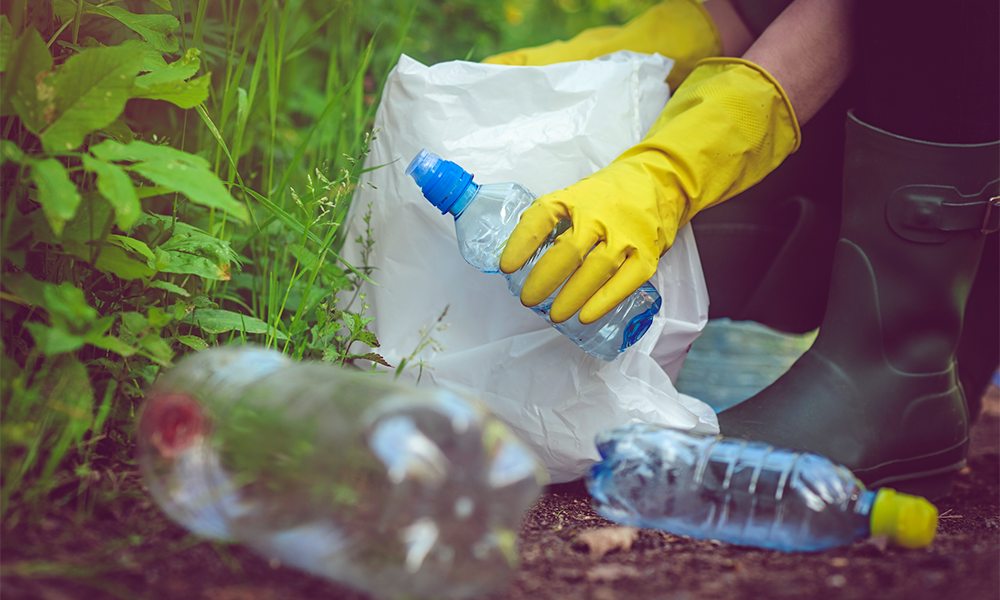 The government has been warned 1 in 4 bottles that litter the countryside may not be included in its deposit return scheme (DRS) if it “buckles under pressure from industry”.

According to CPRE, the countryside charity, in order for in order for a DRS to be an “effective deterrent to the high volumes of waste polluting our natural environment”, it must cover all materials of all sizes.

Responding to the publication this week of the Environment Bill, which will allow for the creation of the DRS, CPRE is urging the government to continue with its ambition for all drinks containers – no matter the size or material – to be included in the system and not “fold under industry lobbying”.

The Bill allows for the creation of the DRS but does not specify what will be included or when it will be introduced.

CPRE says evidence for an ‘all in’ scheme is evident with its 2019 Green Clean nationwide litter pick suggesting that millions of drinks containers would still end up littering our countryside if “industry secures a limited system to serve their vested interests”.

According to CPRE, the Green Clean litter pick, which took place right across England, found a quarter (23%) of glass bottles collected were over the 750ml size limit – the current upper limit for the ‘on the go’ DRS.

It also found more than one quarter (28%) of plastic bottles found littering the countryside were larger than the common 500ml bottle size – a size that could be excluded from the scheme.

7,500 drinks containers were collected during the month-long litter pick, including cans, plastic bottles of all sizes and glass bottles.

Additionally, more than 1 in 10 drinks containers collected were glass, a figure that does not include the shattered pieces of glass volunteers were unable to count, the charity said.

Tom Fyans, deputy chief executive of CPRE: “It’s great to see the government include powers to introduce a DRS in the Environment Bill, but as the results of our nation-wide litter-pick demonstrate, in order to be an effective deterrent to the high volumes of waste polluting our natural environment, it must cover all materials of all sizes.

“To boost recycling rates for all drinks containers – cans, glass and plastic bottles, cartons and pouches – the only option is for the government to introduce an ‘all-in’ system.

“The industries that would be required to pay for the Deposit Return Scheme continue to try to limit its scope but we urge the government to prioritise the needs of the environment and society over corporate vested interests.

“As the Secretary of State for the Environment announced the publication of the Environment Bill earlier this week, it was encouraging to hear her recognise the benefits of the DRS in England being the same as the DRS being introduced in Scotland, which will be ‘all in’.

“This provides further hope that the government is listening as we make the case for an ambitious approach to tackling the problem of litter. But there is no time to waste so we hope the DRS element of the Bill will be a priority as the government takes forward this vital piece of legislation.”