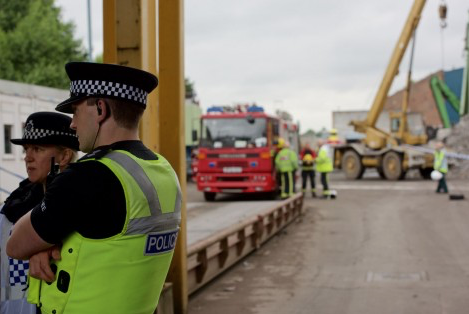 The Health and Safety Executive (HSE) has announced it will be assuming primacy from West Midlands Police of the investigation into the death of five workers at a metal recycling plant in Birmingham in 2016.

HSE will now be leading the investigation into whether any health and safety laws have been breached.

Five workers aged between 40 and 56 were killed when a wall collapsed on them at the site in the Nechells area of the city.

Geoffrey Brown, principal inspector leading the investigation said: “This remains a criminal investigation into the five deaths. We will be considering whether there were any breaches of health and safety law relevant to the circumstances of this tragic event.

“HSE’s thoughts remain with the families of those who lost loved ones that day. We will of course keep the families updated as our investigation continues.”

“HSE’s thoughts remain with the families of those who lost loved ones that day. We will of course keep the families updated as our investigation continues.”

Officers were called by West Midlands Ambulance Service at 8.45am on 7 July 2016 to Shredmet Limited in Aston Church Road to reports that a wall had collapsed.

Emergency services attended but the men could not be saved and they were pronounced dead at the scene.

“On our arrival it was clear that a large concrete structure containing metal had collapsed, trapping a number of people,” the Fire Service said in a statement. “Very sadly, five people were pronounced dead at the scene by a doctor. One other person who was seriously injured was taken to hospital by the ambulance service.

Assistant Chief Fire Officer Gary Taylor, of West Midlands Fire Service (WMFS), said at the time: “This is a devastating incident is for everyone involved. Our thoughts and deepest sympathies are with the victims’ families and colleagues.”

The incident was followed by figures released by the HSE this year that showed fatalities in the waste and recycling sector have almost doubled on the previous year.