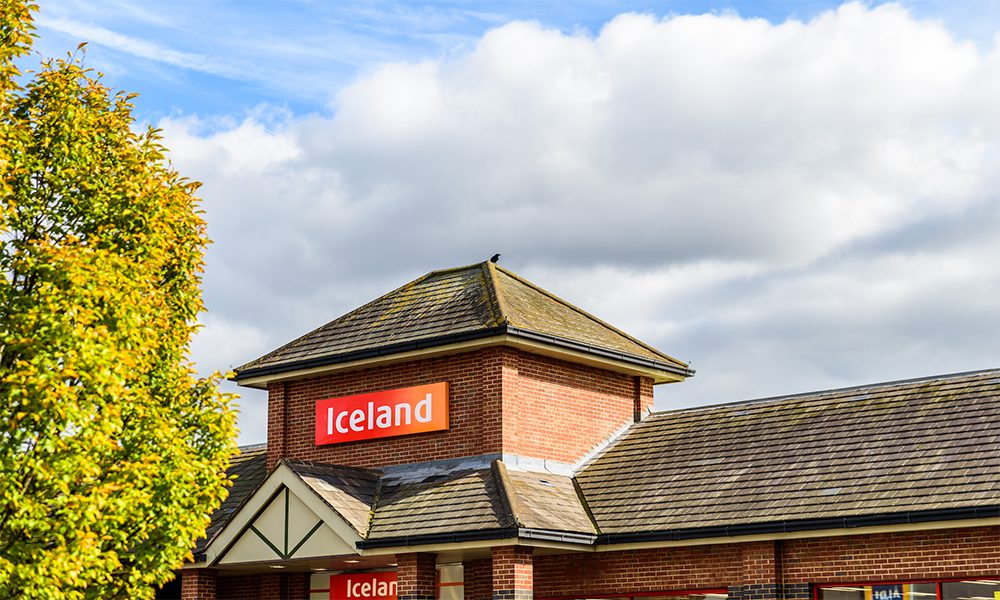 Iceland has announced a reduction of 29% in its overall plastics packaging usage, two years on from the retailer’s pledge to remove plastics from all own label product packaging by the end of 2023.

The retailer was the first globally to make such a commitment and remains the only supermarket in the UK to have pledged to remove plastic in its entirety from its own label range.

The 29% reduction reflects a removal of 3,794 tonnes from the retailer’s annual plastic usage, the equivalent weight of 36 blue whales.

The retailer has seen significant wins across high volume ranges, such as frozen ready meals, where 74 lines have been moved from non-recyclable black plastic and into paperboard-based trays.

In addition to its work to remove black plastic, Iceland has also made significant progress in addressing other difficult to recycle plastics, including PVC and polystyrene.

Whilst we have seen a promising shift away from plastic usage across the industry and a significant increase in consumer awareness of the issue since the beginning of 2018, we remain the only retailer to have made this pledge

Richard Walker, Managing Director at Iceland, commented: “We received overwhelming support from the public when we announced our commitment back in January 2018, and I’m enormously proud of the progress we’ve made over the past two years.

“To have removed 29% at this stage is a real milestone in our journey and we continue to innovate and develop, week by week and tonne by tonne.

“The scale of the challenge we have taken on is huge, partly because of the lack of alternative solutions in some instances, the infrastructure in the manufacturing industry which in many cases is built around plastic usage, and of course the fact that we are the only retailer to have made a ‘totality’ commitment.

“Whilst we have seen a promising shift away from plastic usage across the industry and a significant increase in consumer awareness of the issue since the beginning of 2018, we remain the only retailer to have made this pledge.

“We’re now looking ahead to the next phase of our journey, whilst continuing to engage our customers by finding scalable and user friendly solutions, truly democratising choice to make sustainable packaging options an affordable reality for everyone.”

Collaboration with suppliers has been key to the progress made to date, Iceland says. Iceland has engaged almost 100 own label suppliers to establish working groups and set out frameworks for plastic removal, with a redevelopment plan set out for each and every line.

As well as its work across supply chains, Iceland has collaborated closely with operations colleagues and conducted research with customers to ensure that solutions developed are fit for purpose.

The retailer is also encouraging all of its branded suppliers to take a collaborative approach on plastic packaging reduction.

Iceland has also launched a series of industry leading trials to support the research and development needed to fulfil its commitment, and further encourage consumers to reduce their own plastic consumption.

These include a large-scale trial which has reduced plastic across produce lines by 93%, the UK’s first plastic bag free store, the offer of a reduced plastic Christmas range, and installation of reverse vending machines in stores.

These were the first machines to be launched in UK supermarkets and have so far collected over 1.2 million plastic bottles, rewarding customers with over £120,000 in 10p vouchers.

Store operations have also been addressed to remove plastic where possible, ensuring that the retailer’s plastic footprint is reduced as far as possible.

This has included the development and large-scale trial of a super strong, reusable paper carrier bag.