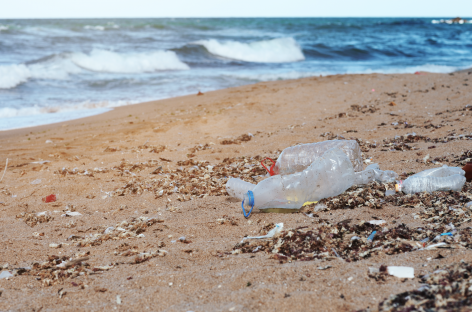 The number of litter items found on the sea floor around the UK has risen 150% in a year, according to figures released by Defra.

The Department for Food and Rural Affairs (Defra) yesterday (2 November) published its England Natural Environment Indicators (ENEI) report, which is published annually to track progress on the ambitions set out in the England Biodiversity Strategy.

The marine indicator shows the number of litter items per sea floor around the UK. Litter items found in 2016 totoalled 358, 150% higher than the previous year (141).

The indicator found the issue of marine litter to be “deteriorating” both in the short term and long term.

The government is currently developing a 25-year plan for the environment. The plan will draw on the information provided in these indicators and consider future requirements for tracking progress of the plan, Defra says.

More than 8m tonnes of plastic are discarded into the world’s oceans each year, putting marine wildlife under serious threat.

Up to 80% of this is estimated to have been originally lost or discarded on land before washing out to sea, and plastic bottles are a particular concern, Defra says – with figures showing just 57% of those sold in the UK in 2016 collected for recycling.

Environment Secretary Michael Gove recently issued a call for evidence on how a deposit return scheme (DRS) for drinks containers could work in England, in hopes it would lead to a decrease in plastic litter found on land and in UK seas.