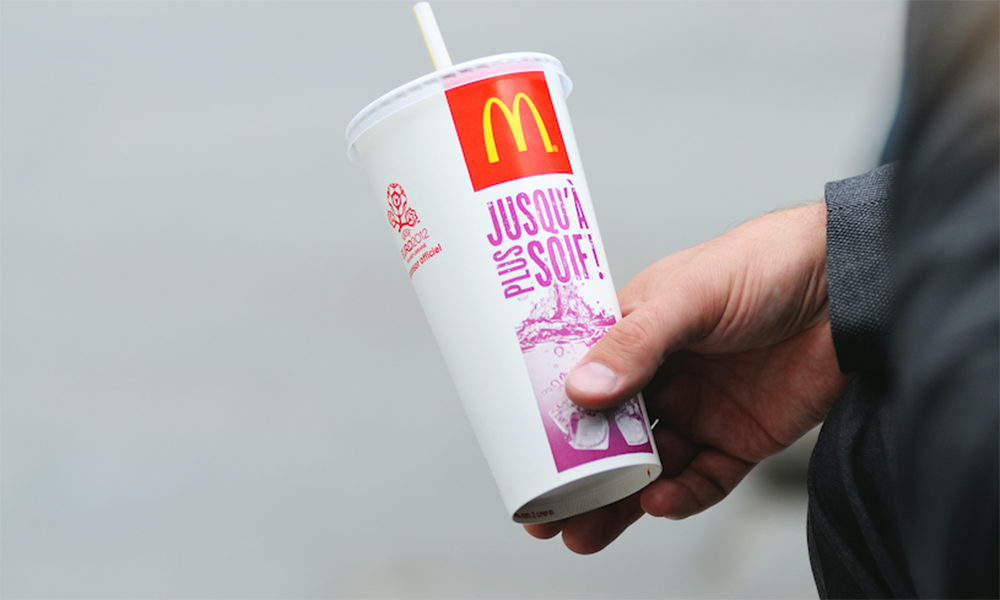 Fast food giant McDonald’s is disposing of its new paper straws in the general waste after it has come to light that they are not recyclable with its current waste services provider.

McDonald’s says customers were finding the new papers straws would dissolve before they finished their drink, and as a result it has reinforced the straw.

Because of this, the firm’s current waste solution provider is unable to process the material for recycling.

McDonald’s said it was working to find a solution, and that current advice, as first reported by The Sun, to put paper straws in general waste was a “temporary” measure.

As a result of customer feedback, we have strengthened our paper straws, so while the materials are recyclable, their current thickness makes it difficult for them to be processed by our waste solution providers, who also help us recycle our paper cups

According to BBC News, the straws are currently being sent along with general waste to an energy from waste facility.

“As a result of customer feedback, we have strengthened our paper straws, so while the materials are recyclable, their current thickness makes it difficult for them to be processed by our waste solution providers, who also help us recycle our paper cups,” a McDonald’s spokesman said.

The move to paper straws was in response to the estimated 95m plastic straws distributed worldwide by the fast food retailer daily. In the UK, 1.8 million straws are used by the chain each day.

The firm switched from plastic straws to paper ones in its restaurants in the UK and Republic of Ireland last autumn, despite the fact the plastic version was fully recyclable.

The straws are manufactured by Transcend Packaging, based in Ebbw Vale, south Wales.

A petition by irate McDonald’s customers to bring back plastic straws has so far been signed by 51,000 people.

McDonald’s new paper straws are fully recyclable, its makers have said in an intervew with Radio Wales Breakfast.

Ebbw Vale-based Transend Packaging said the issue was not with the straws, adding there was a need for investment in the UK’s recycling infrastructure.

Mark Varney, the firm’s marketing director said: “There’s two major things here – the product and the process… The fact of the matter is our straw is recyclable, 100% recyclable.”

However, according to BBC News, he said: “infrastructure from businesses and local authorities” was needed “to help to maximise the opportunity to recycle them”.

“We constantly work on new solutions, the straw of last year to where you look at now is totally different,” he said, adding that they were working with recycling companies to “align” recycling processes at all levels to make sure that all recyclable products were recycled.