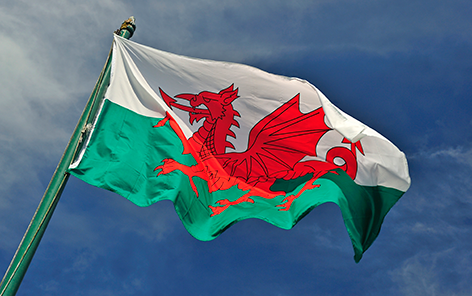 The Minister will announce more than £50m capital funding over the next three years will be provided to support service changes and provide new infrastructure in Wales.

A new £500,000 behaviour change and enforcement campaign to raise public awareness of what households should recycle will get underway, working in partnership with Local Authorities and WRAP. Recent studies have shown more than half of waste put into black bins in Wales could be recycled.

The Minister will confirm that local authorities’ recycling grants will not be cut to fund other council services, while an extra £15.5m will be used to improve collections in the Vale of Glamorgan, Pembrokeshire and Denbighshire.

“Over the next three years we are providing more than £50m of capital to provide new infrastructure and ultimately help realise our ambition. We’re also working with local government to increase their ability to recycle items like mattresses, nappies, wood and textiles.”

The Welsh Government also plans to consult on new statutory guidance for local authorities. New regulations are also planned to require businesses to separate their waste in the way households already do.

The Welsh Government and the UK government will consult on a Deposit Return Scheme and Extended Producer Responsibility before Christmas. Welsh Ministers are also in discussions with the UK Government on possible taxation measures to tackle plastic waste, including a potential tax on single-use plastics.

The latest annual figures showed that Wales’ municipal recycling rate is now 63%, against a national target of 58%. Wales is also first in the UK, second in Europe and third in the world for household recycling.

Dispite the country being ahead of its target, the figures also showed that for the first time, Wales’ recycling rate had fallen.

Hannah Blythyn said:“Recycling is a Welsh success story and something we should be proud of. People in Wales have embraced the need to recycle and the Welsh Government and our partners have supported this through innovative policies, financial support and education campaigns.

“But we want to do more. Improving recycling rates again will require further support and more concerted and intensive interventions.  That is why I am today announcing new measures to build on our success to date.

“Over the next three years we are providing more than £50m of capital to provide new infrastructure and ultimately help realise our ambition. We’re also working with local government to increase their ability to recycle items like mattresses, nappies, wood and textiles.

“Wales leads the way on recycling in the UK, but we are not complacent. We want to continue working with our partners, and the people of Wales, to go from first in the United Kingdom, to first in the world.”

The Welsh Government is alsosupporting a new research project into marine litter.

Keep Wales Tidy will lead the project, together with the Marine Conservation Society and environmental consultants Eunomia.

The project will deliver actions from the Clean Seas Partnership Marine Litter Action Plan. The action plan is designed to help tackle marine litter and maintain or achieve Good Environmental Status in our sea waters by 2020 under the EU Marine Strategy Framework Directive.

The project will seek to build a coordinated approach to tackling marine litter, by working with marine litter action groups, local authorities and higher education institutions. It will also encourage further research into marine litter.

“With the support of Welsh Government and the European Maritime and Fisheries Fund, we hope to gain a better understanding of the sources and types of litter in our environment, as well as the key challenges to tackling this global crisis at a local level.”

The project has received funding of £50,000 through the European Maritime and Fisheries Fund, which is funded by the European Union and the Welsh Government.

“I’m happy to support this project, which will help co-ordinate our efforts in Wales and contribute towards finding solutions to the growing threat  litter poses to aquatic life.”

Jemma Bere, Policy and Research Manager for Keep Wales Tidy, added:“We are delighted to be working in partnership with the Marine Conservation Society and Eunomia Consulting on this important research project. With the support of Welsh Government and the European Maritime and Fisheries Fund, we hope to gain a better understanding of the sources and types of litter in our environment, as well as the key challenges to tackling this global crisis at a local level.

“We are looking forward to connecting with a range of organisations and marine litter action groups across the UK and beyond to identify the most effective solutions.”