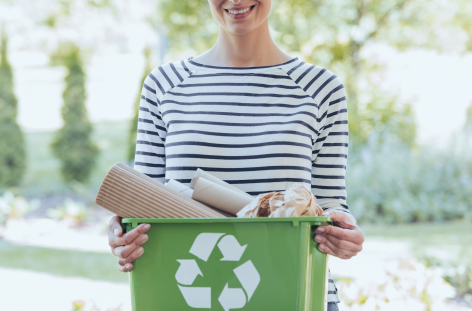 Results from a new poll have found that millennials are the least likely age group to recycle – “quashing” the myth that young people are more environmentally conscious than older generations, Serco’s Environmental Services Business says.

Among 16-34 year olds who admitted they don’t recycle all they can, the most common reasons given were confusion over what can be recycled (16%), the need for recycling collections to be more frequent (12%), and not having recycling bins or bags (11%).

A number of 16-34 year olds admitted they either can’t be bothered with recycling (4%) or find it too time consuming (7%), while 5% said they didn’t believe that waste separated for recycling is actually recycled.

Levels of recycling also varied substantially by geographical location, with residents living in Scotland the most likely to say they recycle all they can (80%), closely followed by those living in the Wales (75%) while London residents were by far the least likely (54%).

The findings come from a poll conducted by Serco’s Environmental Services business and long-term research partner Future Thinking, which surveyed over 3,000 members of the general public.

Robin Davies of Serco’s Environmental Services Business said: “It’s clear that the industry needs to do more to get millennials engaged in the benefits of recycling.

With so much competition for young people’s time and attention, we need to find new and compelling ways to explain why recycling is so important, making it fresh and relevant for the social media generation.

“On the face of it, the results make worrying reading for the future, especially given the year-on-year trend towards fewer millennials recycling. Confusion over what can be recycled looks partly to blame, but there is also a significant level of underlying apathy.

“Next year Serco will be setting up a young people’s panel to better understand the reasons behind the decline in engagement and how it might be tackled. If we’re going to make a difference it will be important to work together, so we’ll be sharing our findings with colleagues and practitioners from across the recycling sector.”

Claire Tyrell-Williams, associate director, Future Thinking, said: “The results of this poll go against the received wisdom that young people are more interested in green issues than older generations.

“On the face of it, the results make worrying reading for the future, especially given the year-on-year trend towards fewer millennials recycling. Confusion over what can be recycled looks partly to blame, but there is also a significant level of underlying apathy.