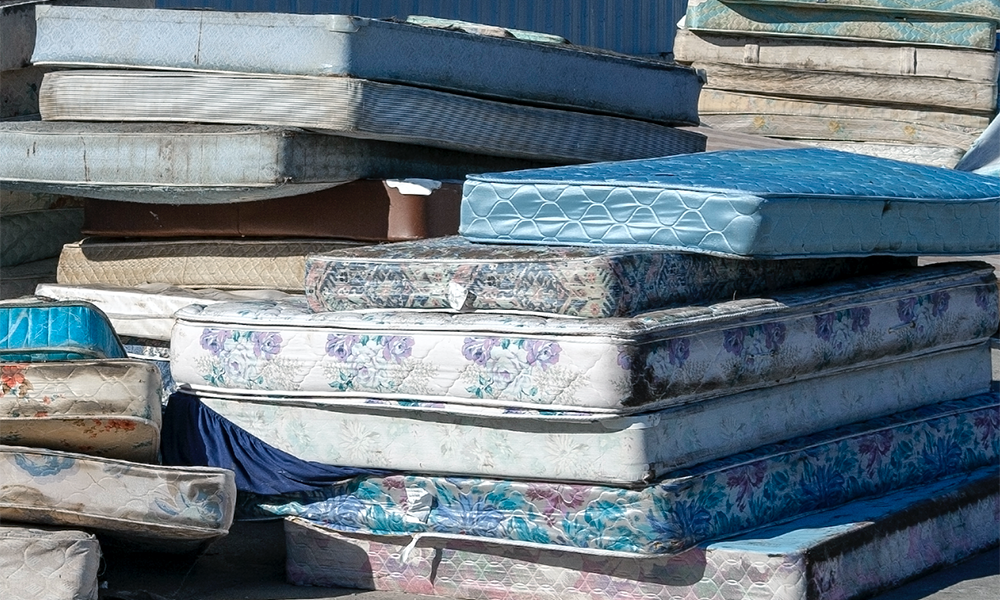 A new partnership is aiming to forge a “more sustainable approach” to mattress design and disposal, tackling the estimated 600,000 mattresses disposed of in Scotland each year.

The partnership will see the organisations design a proposed Extended Producer Responsibility scheme for mattresses in Scotland, under which manufacturers and retailers are responsible for the stewardship of their product in a way that discourages wasteful disposal. Such schemes encourage producers to design products that last longer, are easy to repair, and are recyclable when they reach the end of their usable life.

Iain Gulland, Chief Executive of Zero Waste Scotland, said: “The scale of mattress waste in Scotland is staggering, with close to three quarters of a million mattresses disposed of in Scotland each year.

The scale of mattress waste in Scotland is staggering, with close to three quarters of a million mattresses disposed of in Scotland each year

“We understand that less than 1% are being collected for recycling. That represents a huge waste of the materials and labour that went into making those mattresses in the first place, as well as a lost opportunity to recover valuable materials such as steel and natural and synthetic fibres that could be reprocessed into new products and materials.”

What’s more, the planet-heating gases generated in the production of mattresses that were disposed of in Scotland in 2017 were equivalent to those emitted by 25,000 cars driving on our roads for a year – or more than 7,000 flights around the world.

Iain Gulland continued: “Scotland’s vision for a circular economy is one in which we shift from being a throwaway society to one which eliminates waste entirely. Tackling the disposal of hard-to-recycle items like mattresses is a key priority for Zero Waste Scotland, and for Scotland as a nation.

“Scotland has an opportunity to support industry with mechanisms like Extended Producer Responsibility, which look to cover the real costs of responsible end of life management and progress to a more circular economy. It is great that the NBF and their members are keen to pursue this and see the opportunities and benefits of this approach.”

In November 2018 we announced an ambitious target for the industry of 75% diversion from landfill by 2028. Plainly, more needs to be done to reach that target and to do so in the most sustainable way possible

Jessica Alexander, executive director of the NBF, said:“For several years now we have recognised that UK mattress industry has a responsibility to work towards a more sustainable, resource efficient future. Many of our members are already making great strides towards greener products and manufacturing processes, and mattress recycling across the whole of the UK has increased significantly in recent years.

“In November 2018 we announced an ambitious target for the industry of 75% diversion from landfill by 2028. Plainly, more needs to be done to reach that target and to do so in the most sustainable way possible.

“As the association representing a majority of the UK mattress manufacturers, we are delighted to be working closely with Zero Waste Scotland in what is a very exciting, challenging and necessary project.

“We hope the outcome will provide practical, workable solutions to some of those challenges for everyone across the UK involved in ensuring our mattresses are truly anchored in a sustainable, circular future, while also continuing to offer the market a full choice of options for a product that represents, quite literally, the foundation of a good night’s sleep.”