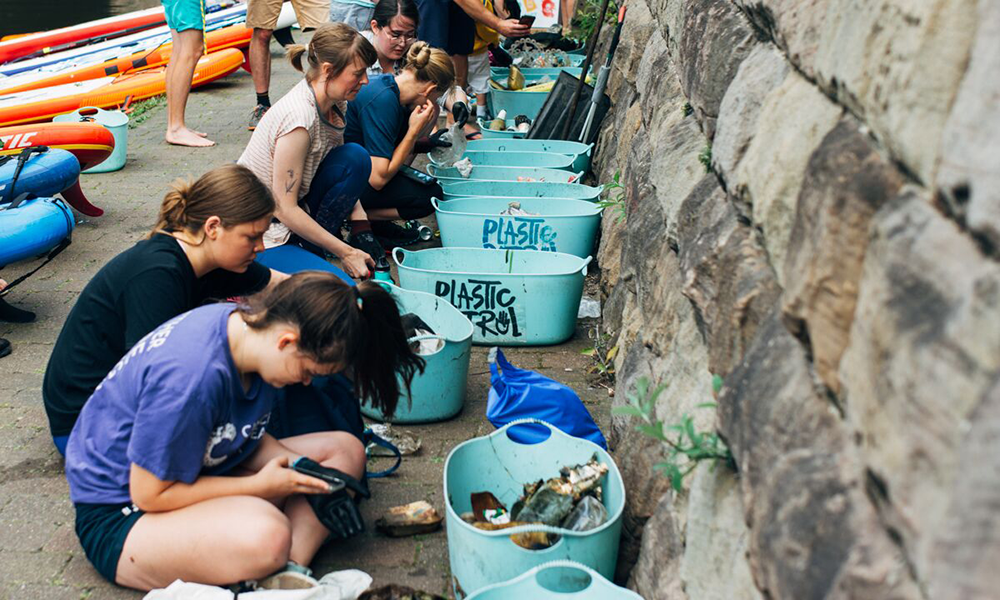 A new UK-wide report from Plastic Patrol reveals the extent of single-use litter across the UK.

The report, part of five-year study, presents the analysis of data on 64,913 pieces of litter recorded in the Plastic Patrol app by volunteers up and down the country over a nine-month period from 5 April 2019 to 31 December 2019.

Highly recyclable items – often consumed ‘on the go’ – such as metal drinks cans, plastic bottles and glass bottles all featured in the top ten types of litter, indicating that current recycling infrastructure and incentives are inadequate.

These results, obtained across the UK over nine months, serve as a crucial wake-up call to us all

85% of plastic bags recorded were unbranded, characteristic of those handed out by small-to-medium sized enterprises (SMEs), such as independent grocery stores, exempt from the current 5p plastic bag charge.

It is estimated that SMEs hand out 3.6 billion single-use plastic bags annually.

A total of 1065 brands were recorded by the public, with Coca-Cola, Cadbury, Walkers, Mars and Tesco found to be the top five polluting brands.

Lizzie Carr, Founder of Plastic Patrol, commented: “These results, obtained across the UK over nine months, serve as a crucial wake-up call to us all. It is clear that now is the time for Government, industry and individuals to step up our ambitions and act accordingly to tackle the single-use litter crisis, which continues despite increasing awareness.

“This report makes a number of recommendations, including a nationwide ban on plastic bags, and a call for clearer producer responsibilities.

“We are encouraged to see that there are powers to introduce extended producer responsibility schemes in the Environment Bill, but the devil will be in the detail as to how they are implemented.

“We will therefore be monitoring the Environment Bill closely as it makes its way through Parliament.

“This five-year series of reports by Plastic Patrol will be essential for assessing the adequacy of policy interventions and industry’s sustainability commitments in an important decade for environmental protection.”

Following on from the results of the report, Plastic Patrol recommends the UK Government implements: a reformed waste producer responsibility coupled with a transparent regulatory framework; an ‘all in’ Deposit Return Scheme (DRS) that includes all single-use materials and container types and sizes; a nationwide ban on plastic bags.

Plastic Patrol recommends the EPR is supported by a transparent and data driven regulatory and monitoring framework to ensure costs are fairly distributed between producers, including a mechanism to accurately track materials throughout the system.

Plastic Patrol recommends that the Government implements an ‘all in’ DRS to increase collection of high-quality material for recycling and reduce the flow of materials into the environment.

Plastic Patrols recommends the Government increase ambition and introduce a ban to end sales of plastic bags. Plastic bag bans are operational in 32 countries and a number of other states and regions.

The Environment Bill had its first reading in Parliament on 30 January and includes proposals on introducing new extended producer responsibility schemes, a deposit return scheme and charges for specific single use plastic items.

It is clear that now is the time for Government, industry and individuals to step up our ambitions and act accordingly to tackle the single-use litter crisis, which continues despite increasing awareness.

The report is the first of a five-year series by Plastic Patrol to monitor and inform progress towards eliminating single-use plastics from nature by 2025, in line with the UK Government’s target to ‘work towards all plastic packaging placed on the market being recyclable, reusable or compostable by 2025’.

The report presents analysis of data on the 64,913 pieces of litter recorded in the Plastic Patrol app by volunteers from 5th April 2019 to 31st December 2019 in the UK.

Plastic Patrol is a non-profit organisation that sits at the intersection of wellbeing and environment and combines community volunteering with technology to collect data on single-use litter.