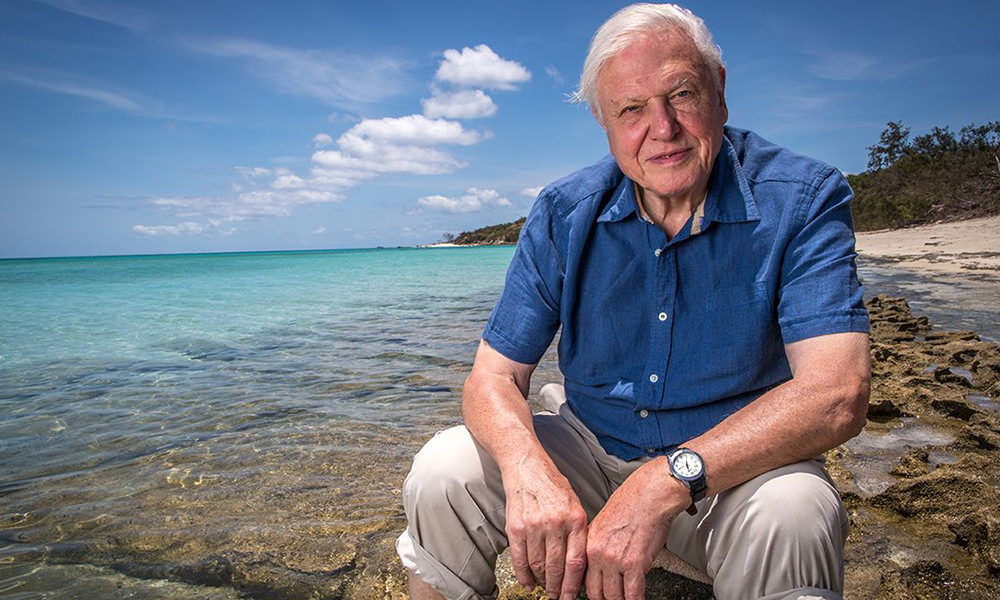 “The best motto is not to waste things” is the message from Sir David Attenborough as he launches a new wildlife show.

Speaking at the launch of the new BBC One series, Seven Worlds, One Planet, presenter Sir David Attenborough said, at last nations are coming together and recognising that we all live on the same planet.

“We are dependent on it for every mouthful of food we eat and every breath of air we take,” he said.

“The best motto… is not to waste things,” he said when asked what actions can people take to “save the planet”.

“Look after the natural world, the animals in it and the plants in it too. This is their planet as well as ours. Don’t waste,” the broadcaster added.

Since the launch of Planet Earth in 2006, the BBC Planet titles have become a huge global hit and over a billion people have watched Planet Earth 2 and Blue Planet 2 in the last three years.

The BBC’s new show, Seven Worlds, One Planet, will feature unseen animal behaviour from all the continents, including the baking plains of Africa and the frozen waters off Antarctica. Asia, the biggest of all continents, will showcase life at the extremes, whilst Europe will reveal surprising wildlife dramas hidden right alongside us.

By telling unknown, unseen and unexpected wildlife stories, Seven Worlds, One Planet will uncover the “fundamental truth” about what makes each one of our seven worlds unique.

BBC director-general Lord Tony Hall said there has “never been a more important time to bring nature’s wonders to everybody”.

“This series has conservation at its heart. Each one of the seven episodes takes on some of the major threats facing the world today,” Hall said.

When he began broadcasting messages about caring for the natural world, Attenborough said he was perceived as a “crank”.

“But as it’s gone on, and we’ve repeated it on and on and on – not wasting things, not polluting things – then suddenly, for no reason that I can understand… suddenly you hit the right note,” he said.

Blue Planet 2 has been credited with putting the environmental agenda directly in the consciousness of the general publish, specifically regarding plastic waste that has made its way into the natural environment.

We don’t understand how it happens but with Blue Planet 2, suddenly the world was electrified about the crime of chucking plastic into the ocean that can throttle creatures, that can poison creatures, including ourselves

The harrowing images of plastic littered oceans, causing deadly harm to marine life, has spurred an uprising of action against “single-use” products.

“We don’t understand how it happens but with Blue Planet 2, suddenly the world was electrified about the crime of chucking plastic into the ocean that can throttle creatures, that can poison creatures, including ourselves.”