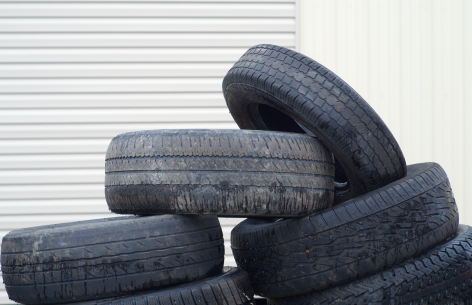 Drivers buying second hand tyres are being warned to check that they are legal and have passed the relevant safety checks.

So-called ‘part worn’ tyres are legal to sell in the UK – provided they meet a minimum tread depth of 2mm, have passed a range of safety checks, are clearly and permanently stamped and have paperwork verifying their origin and safety. Part worn tyres come into the UK from other countries including Germany, where there is minimum winter tread depth of 4mm.

Kath McDowall, Unit Manager in SEPA’s Waste Crime Investigations Team, explained: “Selling waste tyres as part worn tyres isn’t just a crime, but putting an untested waste tyre on a vehicle can be dangerous.  SEPA is Scotland’s Environmental regulator and we are responsible for ensuring that waste is not dumped illegally or used inappropriately.  We are clear that compliance is not negotiable.”

Criminal activity in the tyre sector ranges from small scale fly tipping to large scale illegal dumping of waste tyres, with the clean-up costs for both falling to public bodies and landowners. Previous multi-agency raids have revealed a direct connection with some part worn proprietors and organised crime, which increased the probability of unlicensed disposal and environmental damage.

“We want people to be aware when they buy a part worn tyre that it should have gone through a rigorous safety inspection process and should have a stamp or paperwork verifying its origin,” McDowall says. “Rather than taking the dealers’ word for it, consumers need to do their own visual inspection.

“Your checks should include that the tyre doesn’t have nails, bumps or gashes in it, that it’s fully inflated and that the grooves of the tread are still clearly visible and at least 2mm deep.” 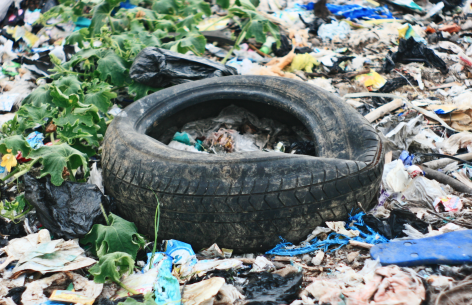 A key element of the new sector plan for the tyre industry, SEPA wants to ensure that waste is being recycled and disposed of responsibly and not being reused unsuitably, or in a way that results in a danger to road users and pedestrians alike.

Sergeant Susan Rae, Police Scotland said: “Defective tyres can contribute to serious road crashes, potentially leading to a loss of life.  Emergency services witness first-hand the immediate devastation following a road crash and the impact it has on families who lose loved ones.  When you buy part worn tyres, you are responsible for ensuring they meet legal standards.  Our message is – do not compromise and make sure your tyres are legal.  Your safety and the safety of other road users depends on it.

“We are aware that this can also be an area where serious and organised crime gangs seek to operate.  They are only interested in making money and don’t care if the product they are selling, on this occasion, part worn tyres are legal or safe.  They don’t care if you or your family is at risk, all they want is to see their profits grow.”

TyreSafe – “Each year in the UK, more than 1000 road casualties are caused by an incident where illegal, defective or under-inflated tyres are a contributory factor.”

TyreSafe has investigated 220 part worn dealers over the last five years in partnership with Trading Standards and found 94% were supplying tyres illegally. Equally concerning, 65% of the 441 tyres inspected were found to be unsafe to return to the road network.

TyreSafe chairman, Stuart Jacksion, said: “Each year in the UK, more than 1000 road casualties are caused by an incident where illegal, defective or under-inflated tyres are a contributory factor. To maximise road safety and prolong tyre life, a tyre’s pressure, tread depth and general condition should be checked regularly.

“When replacing tyres, fitting new tyres is the safest option. However, legislation does exist which permits the sale of part worn tyres, subject to them meeting a number of criteria. The sale of part worn tyres that do not meet these legal requirements is not only a criminal offence under the Consumer Protection Act, but also poses a serious safety risk to drivers, their passengers and other road users.”