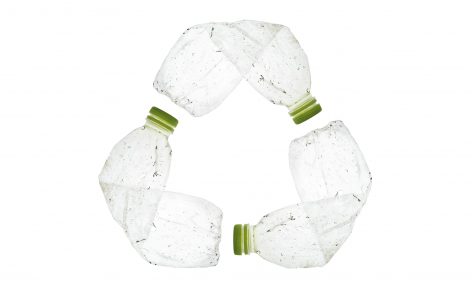 The UK is presently “nowhere near ready” to create the number of recycling plants required should the Government decide that all plastic waste must now be recycled on home soil, says compliance specialist Ecosurety.

It says the country will therefore need to continue to export its plastic waste overseas and/or incinerate it in the near to mid future, while recycling capacity and the market for plastics is built up in the UK.

The comments by Ecosurety’s managing director James Piper come after an investigation by Sky News on Friday 26 January, which provided looked into the impact of exported British-collected plastics on countries such as China and Thailand.

The UK sends 494,000 tonnes of plastic to China for recycling. Announced in July, the Chinese Government adopted restrictions on 24 grades of solid waste on 1 January this year, with the restrictions set to fully enter into force on 1 March 2018.

James Piper, Ecosurety – “There is simply no way our country will be able to conjure up the number of plants needed to deal with this waste build up, now that China has refused to take our contaminated waste.”

A total ban has been placed on unsorted mixed papers and post-consumer plastics, while a range of other materials must not exceed a contamination level of 0.5% in order to be allowed into the country.

James comments: “There is simply no way our country will be able to conjure up the number of plants needed to deal with this waste build up, now that China has refused to take our contaminated waste.

“While we applaud that this issue is being debated at the highest levels, the hard fact is that the Government will need to inject financial and market incentives for those companies which want to invest in plastic reprocessing infrastructure, so that UK reprocessors are on a level playing field with exporters.

“The Government then will need to stay on top of the activities of recyclers and reprocessors if the UK is to clean up its act. Both these things have to happen if the Government is serious about creating a functioning UK infrastructure and market for plastic waste.”

Ecosurety says UK householders will have to become better at sorting plastic for recycling, to ensure recyclers receive the right levels of recyclable plastic materials. It is calling on the Government to ensure a uniform system for the collection of domestic recycling across the UK.

It’s calling for a nationwide campaign backed by Government that educates households about how to recycle their plastic waste properly.

UN Environment head, Erik Solheim – “We should see the Chinese decision – I heard some complaints from Europeans – as a great service to the people of China and a wake-up call to the rest of the world”

It says blue chip brands are now ready to invest more in proving that waste created from their products is responsibly recycled, to ally consumers’ concerns about where such plastic could end up.

It also predicts that retailers and manufacturers that do not react and modify their businesses to this trend could be left with long-term reputational damage.

“We should see the Chinese decision – I heard some complaints from Europeans – as a great service to the people of China and a wake-up call to the rest of the world,” he said, according to Reuters.

The Ecosurety call comes as the Environmental Audit Committee today (30 January) examines the scale and impact of the ban, including its potential to result in more landfill and incineration, in a session that will also explore what the Government could do to ensure waste is managed sustainably.

The enquiry begins at 10:15am and will gather evidence from resource sector stakeholders, including CIWM.