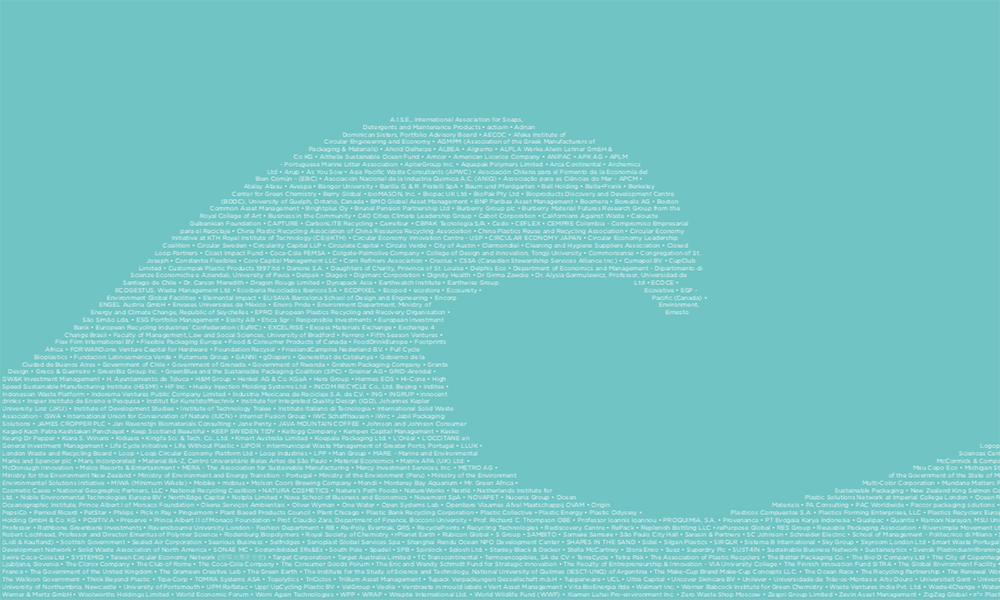 The report provides what’s being called “an unprecedented level of transparency” on how almost 200 businesses and governments are reshaping the plastics system.

The report shows how signatories, such as  Unilever, Mars, Incorporated, and PepsiCo are making “significant” reductions in their use of virgin plastic use, and how companies are setting out actions to “eliminate problematic plastic packaging”.

Together, companies will increase the use of recycled plastic in packaging by more than five-fold by 2025, equivalent to keeping 25 million barrels of oil in the ground every year.

Analysis carried out for the report also shows that on average around 60% of business signatories’ plastic packaging is reusable, recyclable or compostable today. Through the Global Commitment, they have committed to making this 100% by 2025.

Government signatories – including France, Rwanda, the UK, and the cities of São Paulo (Brazil) and Austin (USA) – are putting in place policy measures that include bans, public procurement, extended producer responsibility (EPR) schemes, fiscal measures, and incentives for research and development.

The report also shows that recycling company signatories have committed to quadruple
the amount they process by 2025; and packaged goods companies and retailers committed to an average of 22% recycled content in their packaging by 2025.

Due to the “unprecedented transparency” across the industry on progress towards targets, and on plastic usage, a clear baseline against which to measure progress has been created, according to the report.

The Ellen MacArthur Foundation and UN Environment Programme are now calling for more businesses and governments to sign the commitment and continue to raise the ambition level.

Sander Defruyt, New Plastics Economy lead at the Ellen MacArthur Foundation, said: “Around the world, people are calling for businesses and governments to take action to stop plastic pollution.

“Leading businesses and governments stepped forward by signing the Global Commitment and we can now see promising early progress. This includes major commitments to reduce the use of virgin plastic, the introduction of reuse pilot projects, and unprecedented demand for recycled plastic in packaging.

“But there is a long way to go and it is crucial those efforts are accelerated and scaled, and more businesses and governments take action to eliminate plastic pollution at the source.”

The announcement is an important step in the Foundation’s mission to accelerate the transition towards a circular economy.

Launched in 2018, the Global Commitment now includes over 400 signatories, which are aligned on a path to build a new plastics economy.

Addressing plastic pollution requires a fundamental system shift, from a linear to a circular economy for plastic, which is at the core of the New Plastics Economy Global Commitment

UN Environment Programme Executive Director, Inger Andersen, said : “Addressing plastic pollution requires a fundamental system shift, from a linear to a circular economy for plastic, which is at the core of the New Plastics Economy Global Commitment.

“The 2019 Progress Report shows how leading businesses and governments are taking actions in such a systemic way, thus demonstrating this makes business and political sense. The benefits represent a huge opportunity, and the concerted approach leaves no excuses not to act.

“We need all actors to work together in the plastic pollution crisis: UN Environment Programme calls on all relevant businesses and governments to join the Global Commitment to fight against plastic pollution as part of the implementation plan ‘Towards a pollution-free planet’.”