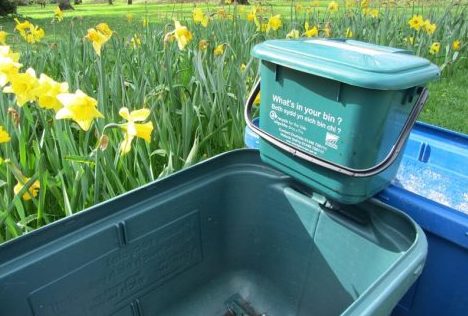 The percentage of local authority municipal waste that was reused, recycled or composted in Wales has decreases in the rate between 2016-17 and 2017-18, the latest figures show.

The country’s recycling rate has decreased from 63.8% to 62.7%. This decrease is partly due to an improvement in the quality of reporting, according to the Welsh Government. This includes improving the accuracy of wood end destination reporting, and a drop of Incinerator Bottom Ash (including metals) reported as recycled compared with 2016-17.

17 of the 22 local authorities reported a decrease in their reuse/recycling/ composting rates compared to 2016-17.

The total amount of local authority municipal waste collected decreased by 40,111 tonnes (2.5%) and the amount of waste sent for recycling dropped 43,304 tonnes compared to 2016-17.

“There are a number of reasons why we have seen a slight net fall, including a change in the way data is reported for non-household items such as wood and ash from incinerators.”

Responding to the latest statistics, Environment Minister Hannah Blythyn said: “Whilst it is disappointing to see a small net decrease, our recycling rate of nearly 63% is still well above our national target of 58% for this year. There is also good news, with a second Welsh local authority breaking the 70% barrier for the first time.

“There are a number of reasons why we have seen a slight net fall, including a change in the way data is reported for non-household items such as wood and ash from incinerators.

“We are incredibly proud of our recycling performance in Wales. We’ve achieved this through policies made in Wales, with legally-binding recycling targets for councils, investment in infrastructure and public information campaigns. I will make an oral statement to the National Assembly next week announcing additional measures to further improve recycling rates in Wales.

“Wales remains first in the UK, second in Europe and third in the world for household waste recycling. My focus remains on making Wales the top recycling nation in the world.”