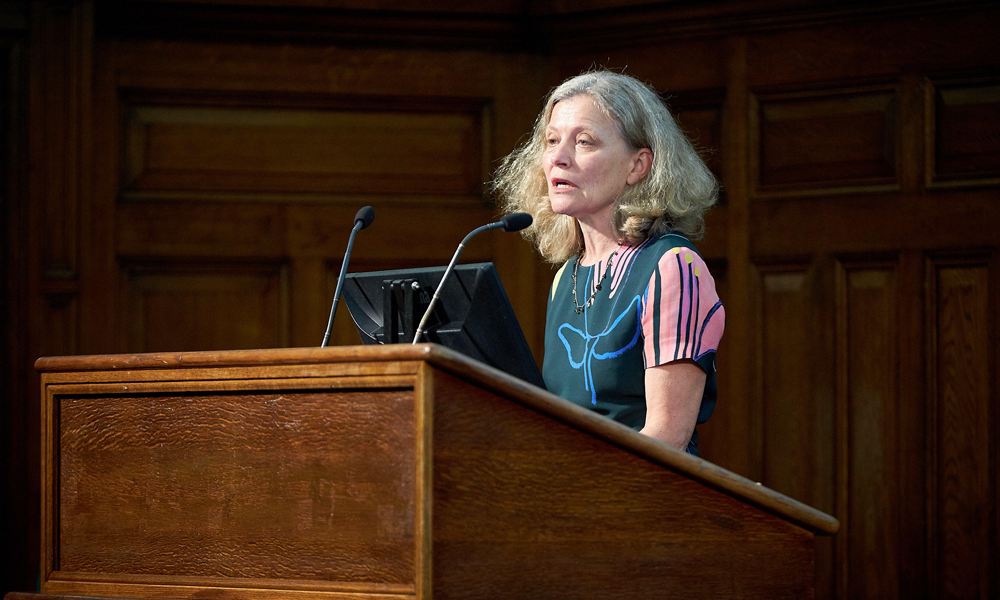 The UK can no longer pass its waste onto other countries and assume that it’s being properly disposed of, says Environment Agency (EA) chair Emma Howard-Boyd.

Delivering the keynote address at day one of this year’s Resourcing the Future Conference, the EA chair said that the UK needs to have the right waste infrastructure in place in order for business to “do the right thing”.

Speaking to delegates, she said: “It is no longer good enough to pass your waste to someone else and assume or hope that it is recycled or disposed of properly; or worse just not care.

“The UK must have the right waste infrastructure to make it easier for businesses and others to do the right thing.”

“The UK must have the right waste infrastructure to make it easier for businesses and others to do the right thing.”

Emma (pictured above) also made note of the increase in public perception when it comes to waste and waste, specifically plastic, making its way into the natural environment.

She said the public’s increased awareness must be used to “drive the changes we’ve wanted for a long time”.

“We must surf the wave of enthusiasm for change,” she told delegates. “I see that enthusiasm meeting colleagues at the Environment Agency and partners like CIWM.

“The new Resources and Waste Strategy gives us the framework to begin – it is important that we make full use of it.”

She said the strategy alone isn’t the whole answer, however. There’s a need for data on the end destinations of waste to both drive infrastructure and help tackle waste crime.

The circular economy must be “the way forward”, she said, from design to end point. 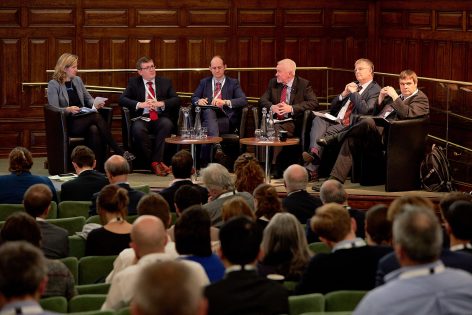 Emma’s Address follows a panel debate looking at the resources and waste strategy for England, which was recently published by Defra. Panellists were asked whether the strategy was a “landmark blueprint” or a “damp squib”?

The ESA’s Jacob Hayler said the strategy is a “great step forward” but whether it’s a landmark blueprint is yet to be seen and will become clearer as more details emerge.

He also said it’s ambitious. So ambitious, in fact, that the targets set out aren’t achievable with the current system. He said it’s lacking in waste infrastructure and there’s less ambition with non-recyclable waste.

“We [the resources and waste sector] want to do more than landfill,” he said. “We want to recover the total value from this waste stream – not just 90%.”

Dr Colin Church, former CIWM CEO and current CEO of IOM3, said it’s no damp squib, which was agreed upon by WRAP director Peter Maddox, who said this government had “invigorated” everyone but “things need to be done properly” and there needs “pace”.

Colin went on to say the biggest “lack” from the strategy is a whole value chain approach for materials at very beginning of their life, all the way through the cycle.

The strategy should be more ambitious with the “resources” as well as the “waste” part of the title, he said.

He said council want to move forward and do it quickly in order to overcome uncertainty and move towards greater consistency, which is what residents want.

He said a focus on consistency of material is important and will also help put the right materials on the market.

Ray used the opportunity to call or “urgent legislation” to require councils and their supply chains to collaborate and report fully on the end destination of recycling. This follows the increase in reports that waste exported from the UK is making its way into the natural environment in South East Asia.

“No longer can we rely on a voluntary approach,” the Resources Associated tweeted. “#WarOnPlastic has shown now we must delay no longer.”

The call follows the airing of the first in a three-part BBC documentary looking at the UK’s use of plastics.

“#WarOnPlastic has shown now we must delay no longer.”

In the documentary Hugh Fearnley-Whittingstall visits the mound of recycling waste found by Greenpeace in the Malaysian jungle.

Jacob Hayler emphasised the onus on the UK to police its own waste by saying, “We need to get Hugh Fearnley-Whittingstall off our backs”.

The resourcing the Future Conference is the partnership conference CIWM, ESA, the Resource Association and WRAP.