Mike Read, head of waste at Grant Thornton UK LLP, looks at the company’s recent annual review of the merger and acquisition activity in the waste and resources sector, and finds an “ever-changing landscape”… 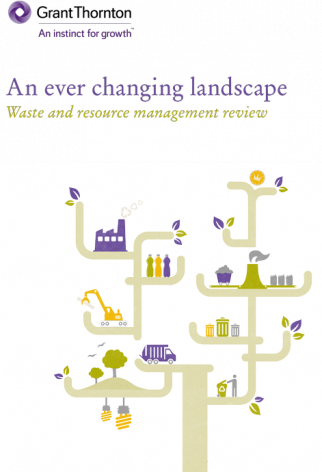 Every year Grant Thornton does a full review of M&A (mergers and acquisitions) in the sector which provides an overview of activity and the trends and market influences that are driving change. We recently launched our latest review. As in recent years we have entitled it ‘An ever changing landscape’. There is nothing to suggest this title remains any less pertinent than before.

The volume of merger and acquisition (M&A) activity has been steadily rising year on year since 2012, and has now reached levels close to the peak of 2011. These rising volumes of activity reflect increased consolidation as the market responds to difficult trading conditions.

The data further presents a picture of division between the successful and the struggling and reflects a market that is steadily evolving. Those businesses doing well are able to efficiently process waste to derive value, an ability driven by easy access to innovative technology and high end processing facilities. The ones that are struggling tend to be in the small to mid-market, where business models are more likely to be based on a traditional model of smaller scale collection, handling and disposal services. Therefore having the necessary scale, expertise and funding to make the change is a challenge.

Examples of market activity can be found at both the larger and smaller end of the market. At the larger end businesses are investing in services that support their overall strategies for future growth. For example Biffa’s acquisition of collection divisions from Shanks and PHS reflects its intention to consolidate its leadership in commercial and industrial collection.

Equally some less mature areas of recycling are already receiving interest from operators and investors, including WEEE where following recently announced government targets and regulations, experts expect to see investment and consolidation in coming years.

On the other hand the well-established commingled recycling market has been, and remains, under considerable economic pressure. A high volume of sales, many driven by distress, in the latter stages of the year resulted in the recycling sub sector accounting for the majority of waste deals in 2014, a four percent increase on 2013.

Plastics recyclers have also experienced difficult market conditions. The recent fall in oil prices, which has driven down the price of virgin and reprocessed polymers, coupled with the fact that recyclers are still finding it difficult to obtain sufficient feedstock of waste plastics has resulted in challenging conditions. The sale of Eco Plastics Ltd to Aurelis AG is an example of a distressed sale in this area.

With the need for residual waste infrastructure from councils largely being satisfied now, and no single approach from councils in respect of other aspects of waste management, the focus for waste infrastructure is increasingly on dealing with solutions on a more local, smaller basis.  This means that technologies such as gasification plants and anaerobic digestion are becoming more accepted as the norm, particularly as they can be expanded on a modular basis. Areas such as this are likely to increasingly catch the eye of investors in the short-term future.

Overall the data indicates a fact known to all involved, the UK waste sector is emerging from a period of turbulent change. The market is starting to move to a circular economy, where any material has value – whether that’s monetary or in terms of energy recovery, or re-use. Business leaders are seeking to build their ability to provide a full service offering – and this is a key driver for mergers and acquisitions in the sector. Going forward further consolidation is certain – with the need to derive more value from waste than ever before as the driving factor.