Biffa is investing in the technology to produce refuse derived fuels, but is the industry following suit? And what is needed to help us make the most of this fuel source? Biffa Group chief executive, Ian Wakelin, gives his opinion 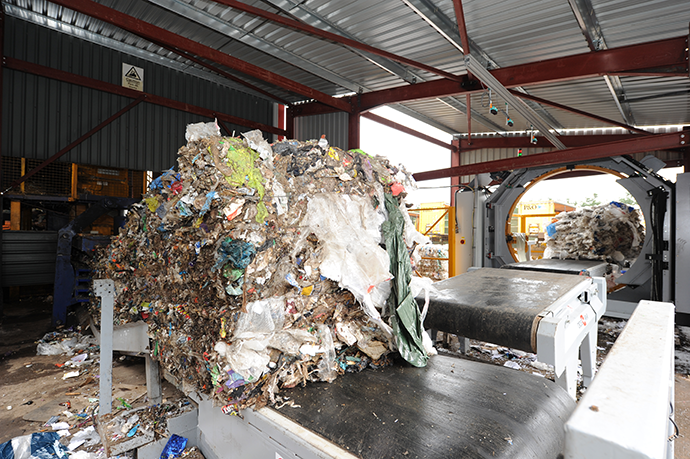 Using non-recyclable materials to generate refuse derived fuel (RDF) is generally acknowledged to be the most sustainable option for the huge amount of waste we manage in the UK each year. Rather than losing the value of this material to landfill, its potential as a replacement for fossil fuels should not be underestimated.

The UK is facing an unprecedented energy crisis – with 20 percent of power stations due to close by 2020, we need alternative solutions and we need them fast.

The country’s ability to deliver secure, affordable, low-carbon energy will become increasingly important over the coming years, and the potential of RDF as a major fuel source is abundantly clear. Securing an indigenous, sustainable, plentiful supply of fuel to power our homes and industries is of paramount importance, and our use of RDF could make the difference in whether our lights stay on or not.

The lack of UK infrastructure means we are exporting huge amounts of RDF each year, mostly to incinerators in northern Europe. The most recent Environment Agency figures revealed 892 900 tonnes of RDF was exported from the UK in 2012, more than three times the amount exported in 2011. And this figure is expected to have increased again in 2013 (Biffa’s production of RDF is now averaging 35 000 tonnes a month – up from around of 8 000 tonnes a month last year.)

So why are we, as a nation, exporting all this fuel at the same time as buying in oil, coal and gas from foreign markets? Biffa is increasingly investing in facilities and technologies to generate RDF, but there is little demand for it within our shores.

Until we have ample infrastructure developed in the UK, it must still be preferable to produce RDF for the foreign market than to bury it in landfill. Biffa is building a new mechanical biological treatment (MBT) facility in West Sussex, and our recent acquisition of the UK solid waste business from Shanks has given us more RDF-producing capacity in Scotland. As a company, we now have seven UK sites producing this fuel.

Not As Simple As It Seems

From inside the industry, experience has shown that producing RDF isn’t as simple as it may seem. Waste processors need a certain composition of waste and the right equipment with which to treat it. As well as the capital cost implications, RDF production requires integration into existing waste management sites and a specific skill set from the teams dealing with it. It’s likely that all of this will be easier for those companies accustomed to processing wastes to create products for recycling.

The currently immature and unstable market for RDF means that the environment sometimes suffers. We have all read the stories of unlicensed operators being closed down, leaving piles of RDF deserted in storage facilities with no owner and no destination.

That said, the industry is gradually moving in the right direction, in its pursuit of the waste hierarchy and circular economy opportunities. The recovery of energy from non-recyclable waste is clearly the way forward, and we are making strides towards an an end to landfill as our main response to unavoidable waste. In order for the RDF market to fully mature, we need more processing capacity and a more stable supply and demand market.

UK-based thermal treatment facilities will enable the UK to meet its sustainable energy and resource management targets. As the economy improves, it follows that householders and industry will generate more waste, providing a greater impetus to progress this energy recovery infrastructure. While there is a strong commercial opportunity for RDF, establishing its use as a national solution will not happen over night. Government support, industry focus and strong public communications are all needed to ensure we make the most of this domestic fuel source and, critically, keep energy affordable.

Ian has been chief executive of the Biffa Group since September 2010, and prior to that was managing director of Greenstar Environmental Ltd. Ian has also been named People-Focussed CEO of the Year in the HR Dinstinction Awards