Eunomia has been tracking capacity in both residual waste treatment facilities and at anaerobic digestion facilities in recent years. Dominic Hogg, chairman of the waste consultancy and an RWM ambassador, discusses AD, food waste, bans and the future… 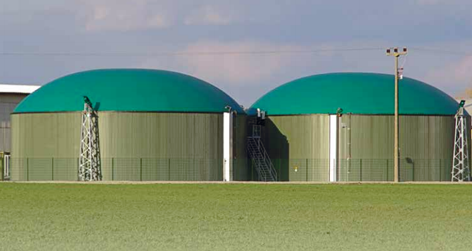 Eunomia has been tracking capacity in both residual waste treatment facilities and at anaerobic digestion facilities in recent years. The lesson of the former is that we may be moving to a situation where we have more capacity than we need by the latter part of the decade. There have been a number of reports indicating the growth in this capacity. They don’t always come out with the same figures, and one of the reasons for this is that they posit different levels of recycling in future. In residual waste, we are dealing with material which it would be reasonable to assume will be diminishing over time if waste and resource management policy is successful.

On anaerobic digestion, the message is slightly different. We are either at, or very close to, the point where treatment capacity, at least for facilities designed to treat waste, exceeds the availability of material which has been collected in a suitable form. Where anaerobic digestion is concerned, it might be argued that a successful waste and resource management policy would also see this quantity diminish over time: after all, if we could eliminate food waste altogether, there would be none of this for AD facilities to treat.

In reality, however, the rate of collection relative to what we believe to be generated is so low that even with major strides in prevention, and in food being channelled to the mouths of humans and animals where this is appropriate, the potential for some increase exists, especially in the short-term.

Work with local authorities indicates that the cost of separately collecting food waste is no longer prohibitive, and whilst the incremental cost depends upon the point from which one is starting, these are likely to be low, and possibly, negative if suitable adjustments to the system are made at the same time. For commercial waste producers, whether or not there are additional costs to the company whose food waste is being collected depends on the pricing used by the service provider, and on the quantity of waste being generated by the company concerned.

In principle, the company is most likely to make savings where the quantity of food waste is large and / or where the pricing of residual waste collections includes a weight-based element covering the cost of disposal. Even businesses for whom no savings arise through these routes, there may be savings made as a result of waste prevention actions, motivated by awareness of the quantity of waste generated.

Why Is England Unwilling On Food Waste?

The obvious question that arises from this, then, is why England is so unwilling to ensure that companies follow the waste hierarchy where food waste is concerned. Scotland and Northern Ireland have already enacted regulations that require many businesses to separate food waste (the Republic of Ireland had already done so), whilst Wales seems likely to include such a measure in its Environment Bill, slated for 2017. Both Wales and Scotland have implemented targets for local authorities which will not be achievable without measures to capture large amounts of the food waste that is generated by households.

England, on the other hand, has no targets in place. It has, however, enacted the Waste (England and Wales) Regulations 2011, and published accompanying guidance on applying the waste hierarchy. Despite the fact that enforcing the hierarchy would appear to require – in line with Articles 4 and 10 of the Waste Framework Directive – that the food waste which is not prevented would need to be separately collected for AD, there is simply no enforcement of the requirement to implement the waste hierarchy by the Environment Agency. It would be churlish, perhaps, to point the finger at the Environment Agency in this regard given that its ability to enforce a regulation is affected both by the design of the regulation and the resources available for enforcement, but the fact remains that England is not implementing the waste hierarchy and is not complying with the Waste Framework Directive.

A Ban Is Not The Answer

Many have called for a ban on landfilling on food waste. That is not the answer. One only needs to consider how effective a measure this would be on an authority already incinerating all its residual waste: a landfill ban would not lead to any more recycling, still less any food waste prevention.

The more appropriate measure is a requirement to sort food waste, and preferably into categories allowing for the best use of the food (for human consumption, for animal consumption, or then, for anaerobic digestion). For commercial waste, as the density of logistics for the provision of such services to businesses increases, so the costs of service delivery should fall.

We can expect that this requirement itself will engender some additional prevention activity on the part of households and businesses. We don’t know how large this is likely to be, but it doesn’t have to be so great for it to be worthwhile: given the benefits associated with food waste prevention, we estimate that in order for the prevention effect to outweigh the benefit of switching from one treatment to another, the prevention effect has to exceed 2%.

For the new Minister, Rory Stewart, then, there is a simple question on the table given the development of treatment capacity: would you prefer food waste to be separately collected for human / animal consumption where possible, or anaerobic digestion, with potential waste prevention benefits on top, or would it be preferable to see it sent for residual waste treatment? At the moment, no one is clear how much, in England, will be going one way or the other. It would extremely straightforward to give some greater certainty to the market.

Dominic Hogg is an ambassador for RWM in partnership with CIWM