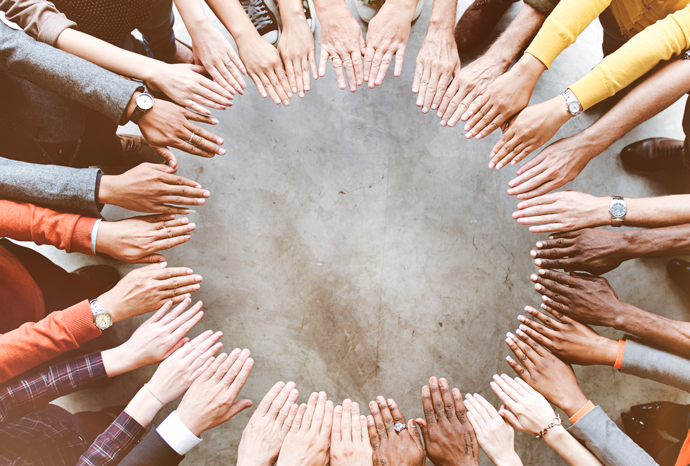 If I had a pound for every circular economy vision piece and strategy report that I’ve read in the past five years, then……well, I’d be a rich man.

Perhaps it is me or does it sometimes feel like the subject itself is circular? Recirculation of the same mantra, the definitions, the diagrams and case examples within blue-chip companies and the captains of industry.

Does the circular economy warrant all this attention? Just why is it so highly prized? Well, where to start…

Circular economy is an intrinsically attractive concept. By promoting new types of economic activity which eliminate waste and cycle nutrients, the environment can be protected. A circular economy will promote economic growth, rather than impede it. Everyday activities and products can be ‘redesigned’, with systems mimicking the wisdom of nature to create truly sustainable growth. Ambiguously defined,

Circular economy has universal appeal – providing a positive direction for the future – a solution to our environmental ills whilst generating new jobs and new forms of business.

So, no wonder the hype. Circular economy is win, win, win, win…. What’s more, as finite resources diminish and become less available to the economy over time, market forces will ensure circular companies and organisations will be the ones which thrive in the future… there will be a new industrial revolution[1]!

What is it about?

So, what exactly is required for a truly circular economy?

This is where the fun begins. A true circular economy is not about incremental improvements in manufacturing process and supply chains. It is not about leaner production processes which just enable more efficiency and more sales of linear products which are themselves then disposed of.  It’s not even about new materials which have advantages over present materials, if the products they are used in are themselves eventually wasted. It’s not about better ways of reproducing the norm in a more efficient manner.

Given where we are with our high consumptive linear economy, mainstream circular economy seems a long way away.

Circular economy is about innovative, disruptive and radical change. Change which results in entirely new business models and reorganised processes and new technologies and systems which have no impact and are ‘restorative’. It is about new sales models which reduce product ownership, but realise alternative revenue sources in their service life.

Given where we are with our high consumptive linear economy, mainstream circular economy seems a long way away. It is only possible if nearly everyone is involved and nearly everything changes. It is a far-future gamechanger. However, we are the generation who are beginning to determine what it may look like for future generations.

Where do we start?

One cannot possibly do justice to the range of circular economy initiatives which are ongoing or imminent in this short opinion piece. However, I feel three and significant developments are especially noteworthy.

Fundamental concepts are outlined and it provides best practice examples of change management in the standard and an eight-stage framework for practical implementation. This begins with Framing and Scoping stages and finishes with Delivery and implementation and Monitoring, reviewing and reporting. Stages are also defined for Idea generation, Feasibility, Business case development and Piloting and prototyping.

Secondly, the UK Government thinks circular economy is a good idea. Despite what we may hear in upcoming negotiations over the specific details of the EU Circular Economy Package, the Government fundamentally likes the ideas of a Circular Economy. Anything which brings about business innovation and new forms of economic activity, whilst enhancing the nation’s resource resilience has its appeal.

Significant funding has been allocated from government to help businesses in Scotland, Wales and England[2]. This will help a first tranche of new businesses implement circular economy change. The funds will aid companies who do not possess the full skillset, headspace or time to implement such change. Investments will be de-risked, addressing market failures. Early adopter technologies and product-services will be brought to market.

Thirdly, the digital economy, smart cities, the web and all its friends are its enablers. The pessimists amongst us might believe all we hear in the media about advances in “robotisation” taking jobs, autonomous transport and collection and the downsides of big data, social media and Artificial Intelligence. The optimists amongst us point out the potential here to identify and address unseen resource management opportunities in the economy and to radically reorganise and operate systems and businesses.

Is circular economy about to go mainstream? Well, yes and no. I think it’s fair to say the traditional waste sector should be safe for a while! circular economy is the far-future. But the direction of travel is set. It is an inevitability. New business models are already around us and are mainstream (Netflix, Sky, Uber and Spotify et al) and such early adopters are the Microsoft’s of tomorrow. What is clear is that the new BSI standard, the funding opportunities and growth of enabling technologies will re-energise the circular economy. The circular economy is one of the biggest economic growth opportunities.

Net economic benefit in Europe has been estimated as €1.8 trillion by 2030 and >200,000 potential jobs (gross) created in UK from the circular economy by 2030[3]. Put simply the waste and resources sector must engage and change during this transition to Circular Economy or die.

[1] A ‘Fourth Industrial Revolution’ is anticipated which will build upon digital technologies. Emerging technologies including robotics, artificial intelligence, nanotechnology, biotechnology, The Internet of Things, 3D printing and autonomous vehicles will invent, change and optimise process and systems. Circular Economy principles have been discussed at the World Economic Forum in on Mastering the Fourth Industrial Revolution.

[3] In Executive Briefing: BS 8001 – a Guide The world’s first standard for implementing the principles of the circular economy in organizations https://www.bsigroup.com/en-GB/standards/benefits-of-using-standards/becoming-more-sustainable-with-standards/Circular-Economy/Executive-Briefing-BS-8001–a-Guide/