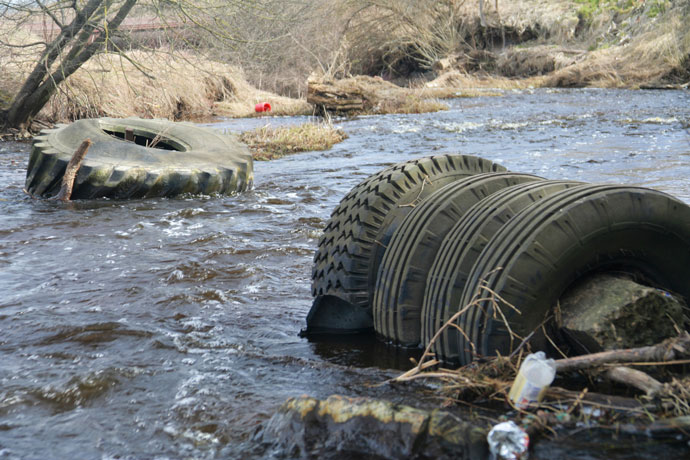 A lot has already been said about the importance of tackling waste crime in the UK. It damages the environment and human health here and abroad, undermines legitimate businesses, reduces tax income so others have to pay more, and just looks really, really ugly (“disamenity” is the Whitehall euphemism for this).

Many of the key actors – CIWM, ESA, industry, governments, regulators, local authorities, NGOs, etc – have now recognised this and are trying to tackle it:

But I find myself increasingly asking whether we are just slapping sticking plasters on gaping wounds, or playing a bizarre game of high-stakes Whack-A-Mole! (The EA closes down around a thousand illegal waste sites in England each year, and finds about the same number of new ones.)

The landfill tax has been a hugely positive influence for our sector and has driven many admirable changes in behaviours and markets. But it has also created the large gap between the costs of legal and of illegal disposal – the profits an unscrupulous operator can get through mis-description, flytipping and illegal dumping and illegal export are considerable.

And the very market changes it has (rightly) driven – segregation and stockpiling – have also given rise to new problems. Before, a lorry load of mixed rubbish heading for a landfill was unlikely to burn that well, or to be stockpiled for long enough for self-combustion or arson to be an issue. Now, a load of lumber, a pile of plastic or a roll of RDF can sit around for months, vastly increasing the potential fire risk even if it’s being managed competently and safely.

At the same time, the cost of legitimate entry to the business is pretty low – a van and £154 for a carrier’s licence, from around £1600 for a waste permit – and the technical competence requirements often minimal or non-existent. So someone can enter the sector with good intentions and a novel business plan, then find it hard to cope with the requirements, obtain the relevant permits, acquire suitable customers for the material or manage their cash flow, and end up with illegal stockpiles and a big temptation to abandon or even torch them.

“Until the materials involved themselves have a significant intrinsic value, the only (acceptable) way to address these issues is through regulation and enforcement. But is the regime itself up to the task? Do we find ourselves with a legal framework that is either not fit for purpose, or whose fundamental principles are inadequately enforced?”

The other incentive structures in waste management don’t help either. Many waste producers just want shot of the material as quickly and as cheaply as possible. Results like the massive Mobuoy Road dump in Northern Ireland are at one end of the spectrum, but failure to follow the Duty of Care properly is probably widespread amongst householders and businesses across the UK.

Finally, in England at least all this was exacerbated by a change in regulatory approach by the UK Government and the EA in the early years of this century. In pursuit of the better regulation agenda and with an eye on economic development, the EA moved (was pushed) towards a much more helpful and forgiving regulatory stance across its business. Whilst I fully agree there was room for this in a number of environmental areas, it has become abundantly clear in the last five years that this ”yes if” approach just doesn’t work in waste management, for all the reasons above.

Until the materials involved themselves have a significant intrinsic value, the only (acceptable) way to address these issues is through regulation and enforcement. But is the regime itself up to the task? Do we find ourselves with a legal framework that is either not fit for purpose, or whose fundamental principles are inadequately enforced?

It seems to me that we have some serious underlying problems that have given rise to much of the problem we now have around waste crime in the UK. So what should be done about it?

I think we need a proper discussion across the sector about whether the regime as currently conceived is fit for purpose and robust enough to deal with this multi-million-pound problem. And we already have some pointers. Just look at what Chris Mills said in his report on waste crime in Northern Ireland:

“The Duty of Care provisions, Fit and Proper Person Test and improving systems for monitoring waste flows, should all be strengthened.” – Christopher Mills, December 2013

I think many would agree the same applies in the rest of the UK.