SEPA has challenged the waste industry to make sure that it maximises its efficiency. Luke Prazsky, waste resource management specialist at Wardell Armstrong, argues that these challenges can be met CIWM Journal Online Exclusive 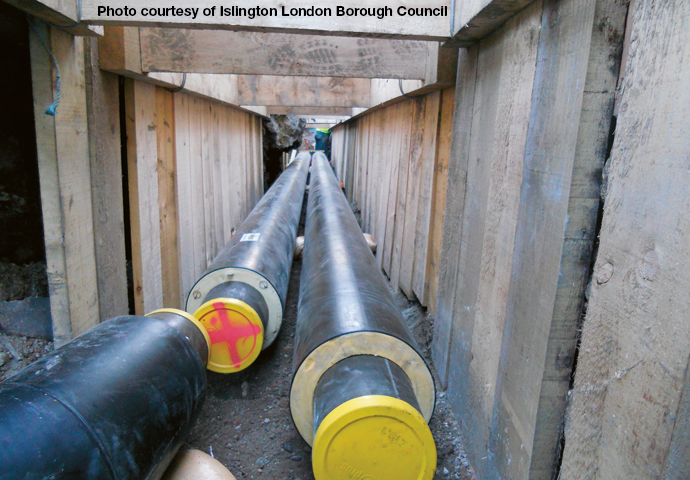 Love them or loathe them, energy from waste (EfW) facilities undoubtedly contribute to the drive for sustainable waste management – recovering the embedded energy in material that would once have gone to landfill. They can also provide a renewable heat source that can deliver wider socio-economic advantages for an area, whether that’s helping to alleviate fuel poverty for local communities or tying employers to an area for the long term.

The push now within EfW is for increased energy efficiency through the inclusion and use of combined heat and power (CHP) technology. This is no bad thing. After all, heat is produced as an inevitable part of the electrical generation process. The real challenge, though, lies in finding a user for the heat in order to realise the most energy-efficient operation. It’s a classic chicken and egg scenario, regardless of the fact that actually establishing a heat supply to adjacent users is a minefield in its own right fraught with its own complexities including funding, ownership and access rights.

In Scotland, the efficiency agenda is being driven by SEPA through its regulatory powers. Its recently updated thermal treatment guidance now calls for evidence that heat offtake is a credible option for each proposed facility before planning consent is given, or a permit granted. This is addressed through a Heat and Power plan, to be included as part of the planning and PPC permit applications.

This requirement is peculiar to Scotland. Neither the Environment Agency in England nor Natural Resources Wales has the same requirement for an identified and viable heat offtaker – so the likelihood of an EfW facility gaining consent would seem to be higher south of the border. Unintended consequences are hard to predict. SEPA’s position could be seen as a pretty big gamble in that failure by EfW developers to secure potential heat users will drive up the amount of waste transported many miles to an alternative treatment facility – potentially in England, which may even be a foreign country after the independence referendum. Hardly the ideal sustainability model then!

EfW facilities are great as anchor tenants for new developments or for attracting new industry into an area, especially those who can take advantage of the heat supply and thus act as a catalyst for regeneration. SEPA’s position doesn’t take this opportunity away, but it does seem to restrict it. Established industries with a requirement for heat are probably already tied into long term energy contracts and therefore may not provide the opportunities for EfW development that they may first appear to.

EfW developers should therefore be focussing their efforts on plots that are part of larger sites, with additional plots adjacent available for development by potential heat offtakers. These aren’t limited to industry and include district heating networks for residential developments … although they’re not yet particularly common in the UK, and those that do exist tend to have an established heat input already – that’s why they were built!

New district heating schemes would be ideal, but they’re very few and far between and unlikely to be in compatible locations. Coupled to this, the cost and complexity of retrofitting existing developments are likely to be beyond the budget of many councils. The obvious answer lies in public subsidies at a UK government level, especially given the very real problem of fuel poverty for millions of people. There’s a real opportunity to provide the cheap heat needed by social housing alongside the wider socio-economic advantages that such infrastructure can bring.

But it’s important to keep the bigger picture in mind. The reality is that we need to do all we can to divert waste from landfill, and use it as a resource in ever more sustainable ways. While this can lead us to grumble amongst ourselves that it would be better for regulators to grant permission to new EfW sites even if they produce only electrical energy because they’re close to where waste is being produced, there’s also a need for us to appreciate the added socio-economic value that EfW CHP facilities can bring to their local areas – over and above those that an EfW exporting electricity only would bring.

“The reality is that we need to do all we can to divert waste from landfill, and use it as a resource in ever more sustainable ways”

Crucially, SEPA’s position provides a “get out of jail free card” because the requirement to deliver on the potential supply of heat to adjacent users is not binding or absolute. It would seem to be perfectly reasonable for EfW developers to evidence potential heat offtake opportunities that for one reason or another don’t materialise in practice. It will, however, ensure that use of heat is properly considered at an early stage in the process and, in reality, the number of EfWs ending up delivering heat to adjacent users is going to be outweighed by those that don’t.

The degree to which SEPA will require evidence hasn’t yet been fully tested, and its initial foray into driving energy efficiency may not be strong enough to force a step change in how industry approaches this challenge. The support that district heating subsidies would bring would certainly help, but I can’t help feeling that further regulation is the only way that heat use from EfW will be fully realised.

SEPA should be congratulated for taking the bull by the horns with this first step. Here’s hoping the waste to energy industry works as hard to maximise the benefits it can bring to local communities and their balance sheets.