Defra’s latest set of waste data for England shows continued progress towards the EU recycling target of 50% of material weight by 2020, with the usual calls that more will still be needed. But is it the right target in the first place? Rebecca Watkins, waste resource management specialist at Wardell Armstrong, makes the case for a more enlightened metric. 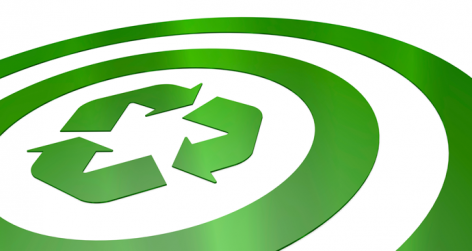 On the face of it, Defra’s latest figures bring into question what additional measures will be needed to meet the recycling target of 50% of material weight – especially as the rate at which recycling levels are increasing continues to slow. But is a target based on weight actually the most appropriate one to be setting? It seems to me that a tonnage-based target is rather a blunt instrument. It does little to ensure that the most environmentally advantageous materials are targeted – and surely that must be the ultimate goal?

Somewhere along the line, I think we’ve started to lose sight of the reasons for promoting recycling and minimising waste generation. Surely it’s to prevent future generations being impacted by our appetite for finite resources, and the environmental impacts of disposing of them once we’ve done what we want with them.

If that’s the case, and unless we can realistically aim to reuse or recycle 100% of the wastes we create, shouldn’t we be targeting the materials where we can make the most environmental difference – rather than simply setting an arbitrary tonnage target?

The Scottish Government, as part of its Zero Waste Plan, has developed a carbon metric in an attempt to identify and prioritise the recycling of waste streams that give the greatest environmental benefit – based on the carbon savings that can be made by recycling them.

Essentially it assigns waste streams a ranking out of 100 based on the environmental benefit of recycling one tonne of that waste into a substitute for virgin material. This ranking can then be used to determine the environmental benefit of recycling a given tonnage of one material compared to another. And while there are limitations to the Scottish carbon metric – mainly the lack of available data – it’s certainly heading in the right direction.

EU Targets Too Focussed On “The Easiest To Recycle”?

Under the current weight-based EU target, recycling efforts are likely to be focussed on dense waste streams, as well as those that are most prevalent and easiest to recover and recycle – whether or not they provide the greatest environmental benefit from recycling.

Under a metric-based system on the other hand – whether carbon-based or environmentally focused in some other way – attention would be shifted to targeting those waste streams with the greatest environmental benefit.

We live in austere times, of course. Government, both central and local, must make ends meet – as must waste management firms. Recycling either has to pay for itself by targeting materials that can produce a profit from recovering and processing, or at least keep to a minimum the costs needed to meet legal requirements.

But here’s a thought. If appropriate materials were targeted – identified via a suitable environmental metric – could we actually deliver a better environmental outcome while also delivering the same or better value for money?

A recent report by SUEZ looking at potential alternative metrics noted that two of the top three most monetarily valuable waste streams in its study were the same as those identified by applying a carbon or energy use metric. And those given the highest monetary value ranking more closely followed those ranked top under the carbon metric than they did the current tonnage-based metric. This supports the idea that it may well be possible to deliver both environmental and economic improvements at the same time by broadening our horizons and getting the best of both worlds.

As we head towards the next big EU recycling target deadline – one which we may yet fail to meet unless we put in a lot more effort (and potentially more money and infrastructure) – it could well be time for some big questions. Should we be chasing such an arbitrary target at all? Or should we be focusing money and resource on measures that address the real drivers for recycling in the first place?