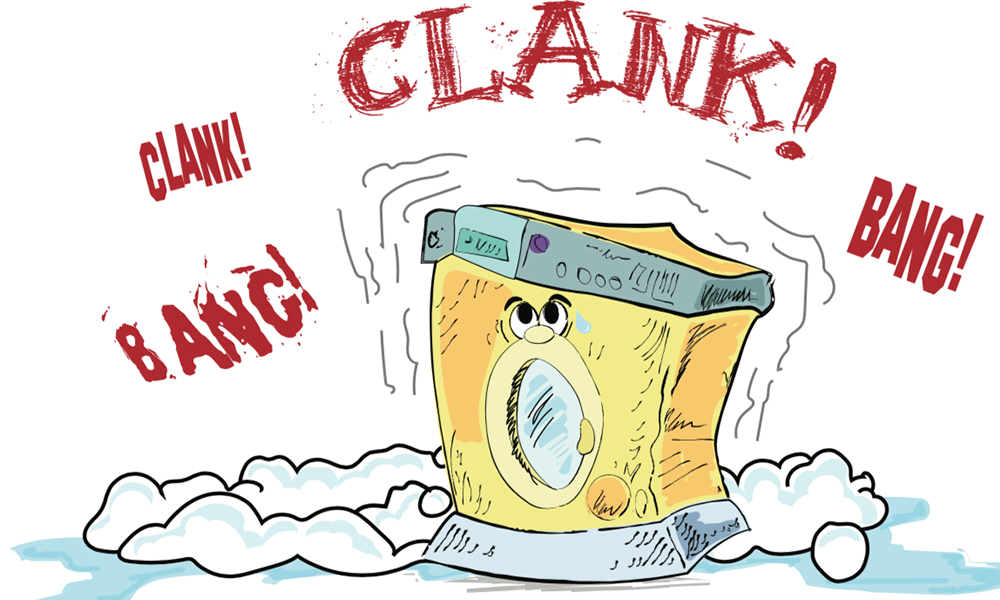 Following the European Union’s (EU) long-awaited adoption of Right to Repair legislation, Ad Casey, head of brand at online spare parts retailer eSpares, discusses the financial and environmental benefits of fixing broken appliances and calls for homeowners across the UK to join the #FixFirst movement.

In October, the EU agreed new standards to help further increase the lifespan of large domestic appliances. From 2021, Right to Repair laws will be officially rolled-out across member states, with the primary aim of abating the escalating volume of e-waste unnecessarily thrown away every year. 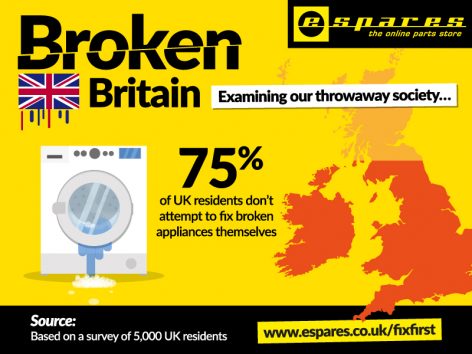 Every year, Brits throw away more than 1.4 million tonnes of e-waste.** While most will assume that this is professionally collected, recycled and re-processed into brand new products, an estimated 70% is reported as ‘unaccounted for’ – either ending up in landfill, flytipped or contributing to international waste crime.***

A symptom of what is often referred to as our ‘throwaway’ society, Britain’s carefree attitude to appliances is having a catastrophic impact on the environment.

Perhaps most puzzling of all, however, is that the general public seem somewhat non-plussed about their wasteful behaviour and are unaware that the vast majority of broken appliances are perfectly repairable. We identified these trends as part of a consumer research study undertaken earlier this year.

Analysing data from 5,000 householders from across the UK, the survey revealed that 75% of Brits don’t bother to fix appliances themselves.

Many admitted that they thought it would be too costly or complicated, preferring to buy expensive new models instead. Those aged between 45-54 were found to be the age demographic most likely to bin repairable appliances, with just one-in-five prepared to attempt a fix.

Our data indicated that consumers either don’t know how to or simply don’t want to repair appliances themselves. While this may seem convenient at the time, each UK resident is responsible for creating almost 15kg of damaging e-waste per annum – a collective national weight 100 times heavier than the Eiffel Tower.

As a result of this research, we launched a national movement – #FixFirst. The campaign aims to raise awareness of the e-waste issue and drive widespread behavioural change by empowering householders to fix their appliances rather than throwing them away. According to EU data, if we were to fix just 10% of UK e-waste, it would be possible to prevent some 100,000 tonnes from unnecessarily being discarded in landfill.

At eSpares, we supply more than two million spare parts for thousands of different appliances. Over the past 12 months alone, we’ve helped more than 750,000 people #FixFirst and extended the life of 1.2 million household appliances. This has resulted in 1,000 tonnes of unnecessary e-waste being diverted away from landfill.

Our #FixFirst campaign is a national movement. The process of fixing broken appliances is often simpler and far easier than many people imagine and we’re here to show them that

To complement our spare parts provision, we also run an online Advice Centre. Featuring more than 500 ‘how to’ videos, 700 fault fix articles and 9,000 appliance manuals, the free resource is designed to support those looking to repair their machines instead of replacing them.

The adoption of Right to Repair legislation is excellent news indeed. Not only does it acknowledge the e-waste crisis, but it shows definitive global action towards tackling it. Counteracting the widespread and systemic problem, however, is no easy task and we believe that inspiring change from the public must be a pivotal step.

Our #FixFirst campaign is a national movement. The process of fixing broken appliances is often simpler and far easier than many people imagine and we’re here to show them that. There is a wealth of information available and householders usually require only basic tools and the appropriate spare parts to achieve a fix.

As part of #FixFirst, we have created a dedicated online microsite, which contains key facts about the e-waste issue, further findings of the survey and advice about how to start the DIY journey.

Alongside best practice advice and guidance from our appliance repair team, the microsite features a number of video interviews with savvy savers who have already realised the benefits of fixing household appliances themselves.

For more information about the campaign, or to start your own #FixFirst journey, visit espares.co.uk/fixfirst.