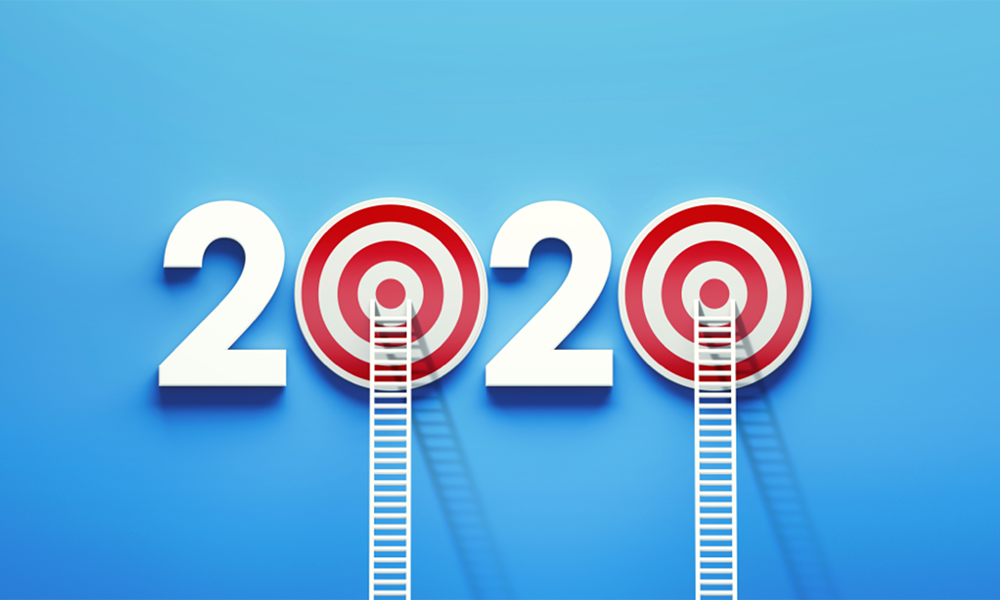 Extended Producer Responsibility (EPR) was one of the most discussed waste topics in 2019. Ecosurety’s head of policy, Robbie Staniforth, shares his view on what to expect in 2020.

Since the Brexit vote, the UK has been through a sustained period of weak and unstable governance, despite the ruling party’s slogan to the contrary. Much of this was caused by the succession of declining majorities, leadership merry-go-rounds and general elections.

However, Prime Minister Johnson now has a strong majority, which means there will be no excuse for not meeting his pledge “to make this country the cleanest, greenest on earth, with the most far-reaching environmental programme”.

The Government’s much vaunted Resources and Waste Strategy is likely to remain a centre-piece of this environmental programme. Last year, four major consultations were released with packaging waste, particularly plastic, being the major focus. In 2020, we should expect packaging to remain the highest profile policy area.

Given the increased parliamentary majority the new government will enjoy, it is conceivable that they may yet meet their ambitious timeline of introducing new packaging legislation for 2023.

A second round of packaging consultations are likely to be released in 2020 that will provide specific details on the Government’s preferred arrangements and move the debate forward.

A decision needs to be made on how a Deposit Return Scheme fits alongside, or as I would prefer, underneath, Extended Producer Responsibility legislation to ensure producers are not penalised twice, especially given the timelines for introducing new policy in Scotland and the rest of the UK do not match.

The UK Government should also indicate how it views governance models, modulated fees, and the all-important question of who makes up the producer community to pay the full net costs, whatever they end up amounting to. Will it be made up of companies from all areas of the supply-chain, or will the increased costs be pinned on brands or retailers alone?

The issue of undesirable plastic waste extends from packaging to the hard plastics in electrical items too. Enforcement of the Persistent Organic Pollutants Directive tightened in 2019 meaning that many previously recycled plastics are now being incinerated or significantly downcycled.

While it is of the utmost importance that these poisonous chemical substances are not allowed to spread into food chain, it presents yet another barrier to meeting recycling ambitions.

Over the festive period, the challenges of collecting e-waste featured. The fires, albeit small ones, in Lincolnshire highlight the challenge of trying to educate citizens about the need to separate batteries. The minister also granted Phase 5 of the Distributor Take-back Scheme on Christmas Eve, which will allow retailers to continue to direct their customers to local authority recycling facilities to dispose of waste equipment.

This latest phase appears to be more of a sticking plaster than major surgery. As outlined in the timelines of the Resources and Waste Strategy, the Government are due to consult on changing the WEEE (Waste Electrical and Electronic Equipment) regulations later this year.

It will provide the industry with an opportunity to re-appraise the system and make recommendations for how collection, re-use and recycling rates can be increased.

The only real mention of batteries over the last year was in the context of e-waste recycling fire risks yet collection and recycling rates have stagnated over the last few years. Citizens have tens of thousands of collections points at retailers to choose from yet confusion about how and where to recycling ensues.

The Government has indicated that it will consult on changes to the battery regulations alongside WEEE in 2020. While a single regulatory regime may not be the solution, the difficulties of disposing of an electric toothbrush seem more akin to an AA battery than to a fridge so it seems sensible to look at them together.

Batteries producer responsibility legislation also overlaps with that of end-of-life vehicles (ELV). Nevertheless, the issues created by the increase in electric vehicles are not adequately dealt with in either EPR regulation. For a start, electric vehicle batteries are described as “industrial”, rather than “automotive”, which is somewhat counter-intuitive.

There is a grey-area in terms of the responsibility for collecting waste at the end of life. Given the fact that car batteries, and the vehicles themselves, are moving away from a one-time sale to being leased, the laws need to be updated accordingly. However, the Government indicated that it would only look at vehicle legislation in 2021, after the reviews of Packaging, WEEE and batteries.

While tyres are dealt with at the end of a vehicle’s life, there is no EPR legislation to govern the various replacements throughout the vehicle’s lifetime. The UK has chosen to follow a voluntary approach that has for the large part ensured the responsible disposal of tyres.

However, the problems of microplastics created by tyre (and brake) wear have been highlighted in recent years and it seems likely that only a mandatory scheme with modulated fees will resolve the issue.

The established manufacturers should not fear these changes as, if designed correctly, modulated fees should have a more significant cost impact on low quality, short-lived tyres. While debate will continue during 2020, it is unlikely that there will be a public consultation before 2022, if at all.

In addition to tyres, the Government has cited four other possible areas for new EPR legislation; textiles, bulky waste, construction waste and fishing gear. While they have only committed to consulting on two of these waste streams by the end of 2022, discussion about how best to achieve a more circular flow of materials for all of them will continue this year.

Textiles is highest on the mainstream media agenda with the issues of fast fashion well documented in recent years. Trying to prioritise between these waste issues seems a challenging task. The reality is that in the fullness of time, they are all likely to need EPR policy if we are to make a transition to a more circular economy.