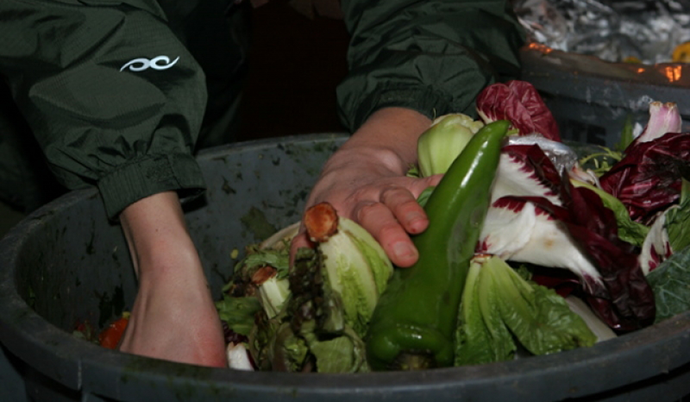 In January this year, three men were charged for taking food waste from bins behind an Iceland food store in North London. This brought the “freegan” movement and its legality into focus.

“Freeganism” involves “urban scavenging” where people obtain food without paying for it, reducing the environmental impact of waste in the process.

As it turned out, the case (which strangely was brought under the archaic Vagrancy Act 1824 instead of the more mainstream Theft Act 1968) was dropped. This was after intervention by Iceland senior management (who queried why the prosecution was being brought) and a review of the decision to prosecute by the Crown Prosecution Service  (who decided it was not in the public interest to prosecute the case).

Nonetheless, “freeganism” raises interesting legal issues around the ownership of discarded waste and the legality of appropriating discarded items.

Is it theft to take discarded items?

The Theft Act 1968 states that: “A person is guilty of theft if he dishonestly appropriates property belonging to another…”.

There are two difficult points here for freegans to grapple with in assessing the legality, or otherwise, of their actions. Firstly, when someone discards an item, whom does it belong to? Secondly, is a freegan “dishonest” in retrieving the item, even if they believe that it morally right to do so?

“Freeganism” involves “urban scavenging” where people obtain food without paying for it, reducing the environmental impact of waste in the process… The Theft Act 1968 states that: “A person is guilty of theft if he dishonestly appropriates property belonging to another…”

The first issue, of ownership, is addressed in the Williams case (1957). Dustmen had been emptying bins and taking items to sell for profit. The argument put forward for the defendants was that the waste was abandoned and, therefore, they were not stealing from anyone. The Lord Chief Justice did not agree. He commented:

The abandonment question arose again in Rostron in 2003. In this case, two men were caught by police at a Leicestershire golf club in the dead of night, wearing underwater diving gear and in possession of a “sack of very wet golf balls”. The court agreed the golf balls had been abandoned by their original owners but went on to rule that, “for the purposes of theft, the owners of a golf course are regarded as having the property and control of lost balls.”

The case of Rickets in 2010 is also relevant. The charges in this case included taking items from bins positioned behind an Oxfam shop. There was some doubt as to whether a donor had left the items in the bin for Oxfam, or that Oxfam had discarded the items. Nonetheless, the court was unequivocal in quashing the abandonment argument. “Either way”, the court ruled, “Oxfam were in possession of the items at the time of the appropriation by the claimant.”

A freegan might argue that their conduct does not fulfil the statutory definition of theft because they do not have a dishonest state of mind.

A two-stage objective and subjective test for dishonesty was expounded in the Ghosh case, where the offender would only have to succeed at one stage.

For the first stage, a jury would have to assess whether, “according to the ordinary standards of reasonable and honest people”, the act of “bin diving” was dishonest. The second stage of the test assesses whether the “bin diver” in question believed that their actions would be considered dishonest, not in their own mind, but when judged by ordinary standards. It seems likely that, had the Iceland case made it to court, the defence team would have advanced arguments along these lines.

It is difficult to know how a jury would have reacted to such arguments. No doubt the factual circumstances (such as any efforts by the defendants to conceal themselves; or ignoring signs or warnings that the waste was private property) would be a major factor.

A freegan may be on slightly stronger ground with respect to waste taken from a public bin. Section 2(1)(c) of the Theft Act states that a thief is not dishonest if he takes property “in the belief that the person to whom the property belongs cannot be discovered by taking reasonable steps.”

It seems unlikely that there will be a fundamental change in the law to allow freeganism in future – certainly in any uncontrolled way.

Indeed, there are plenty of reasons why the law should protect waste from being taken without permission. Most obviously, there are significant health and safety concerns with members of the public helping themselves to waste. There are also waste management concerns with allowing the practice as it may lead to an increase in fly-tipping.

On the other hand, there is a strong argument that we should be doing more to encourage the re-use of waste, and specifically to do something about the shocking amount of food waste generated in the UK. The encouragement of waste re-use is, after all, a basic principle of EU waste law, enshrined in the new Waste Framework Directive, which places “preparing for re-use” as the second highest priority of all waste management options (second only to waste prevention).

But it would not, we suggest, be sensible to encourage re-use of waste by simply making it lawful for members of the public to take waste ­– edible or not – without permission and in uncontrolled environments, for all the reasons referred to above.

That said, there is, surely, at least some scope for encouraging members of the public to take and re-use items of waste where it is safe and appropriate for them to do so. After all, where a member of the public takes waste with permission, no theft is committed.

With respect to food waste, any system by which members of the public were permitted to take waste for their own use would require very careful thought. Simply allowing members of the public to help themselves to waste food in an uncontrolled manner would be too fraught with liability risk for most businesses to contemplate.

With respect to non-food waste, the practice of “totting”, ie, the manual picking out of valuable items from waste streams, is again probably too hazardous to allow in an unsupervised or uncontrolled environment.

But there is no fundamental legal barrier to a waste company permitting or even encouraging totting with assistance from trained personnel and with proper controls being imposed.  Indeed, provided it could be done safety, such a scheme would be positively supported by a fundamental principle of EU waste law, the waste hierarchy.

The authors would like to thank Jonny Smith for his assistance in researching this article.