From May to September, the one this we know for sure is that “Brexit means Brexit!” Novelis Europe’s Andy Doran, also an ambassador for RWM in Partnership With CIWM, wonders if now is the quiet before the storm? 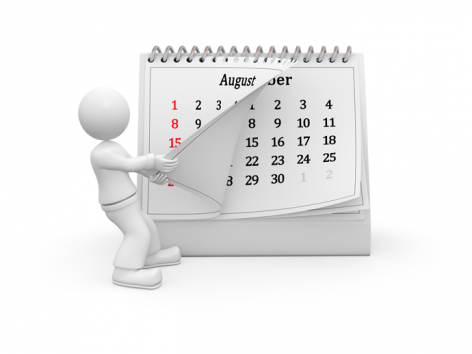 Our sector, more than most should be used to working in a policy vacuum, but nonetheless as we drift back to work from our summer holidays it will be to seek some reassurance that business not only carries on as normal but has the prospect of a secured future. Sure, we have not experienced any of the catastrophes predicted in the immediate aftermath of the referendum. Currency and stock markets have waivered but investment, housing markets and the like seem largely unaffected. Indeed in some instances a weaker pound has helped exports.

But is this merely the quiet before the storm?

Our new Prime Minister has recently attended the G20 Summit in China where, alongside immigration, trade and investment were the hot topics. Trade has been a historical source of growth and innovation for Europe. The conditions needed to implement a successful trade policy have been to align environmental, health and social rules into a unique and enforceable global legal framework. Something that our European Union has been pretty successful at.

My own company, Novelis, fully supports fair trade and is ready to promote a sustainable, efficient and responsible industry worldwide provided that a robust trade regime is defined in line with World Trade Organisation rules. In the past Europe has been well equipped with modern trade instruments. It is now also vital that the United Kingdom follows suit.

The link to a circular economy and the European Union’s nascent Circular Economy Package is also crucial as it represents a unique opportunity to move to a real resource-efficient economy. It is about collecting more secondary raw material and ensuring it is properly and efficiently sorted and treated so that it can be re-used endlessly in new products. Enhancing recycling in the UK or wider Europe will contribute to reduce the dependency on imports, save on energy and resources in general. The challenge is there for all to see, in aluminium alone we export over 1m tonnes of scrap out of the EU every year. Material that we could handle and add value to closer to home.

Finally, our future choices of energy are seemingly up for grabs. The challenges are for manufacturing industry to decouple production from greenhouse gas emissions, improve energy efficiency rates and thereby produce more sustainable products. Whilst some of this in the gift of industry, much is dependent upon the installed capacity dictated by a coherent energy policy. And this brings us back to China again.

Whether nuclear power and/or Hinkley Point are a prominent feature, UK industry needs a viable energy policy to make a new industrial green base in the UK or Europe. At a European level we have been active in lobbying the EU to refrain from granting Market Economy Status to economies, such as China, that are not fulfilling the requisite criteria. Going forward in the new world of post-Brexit trade deals many industries will be hoping that we really do have the trade negotiation skills needed to get a better deal for the United Kingdom.