Given the unique opportunity to reshape our environmental laws, Grundon Waste Management’s deputy chairman, Neil Grundon, wishes “the marchers” would start looking for answers rather than keep asking the questions… 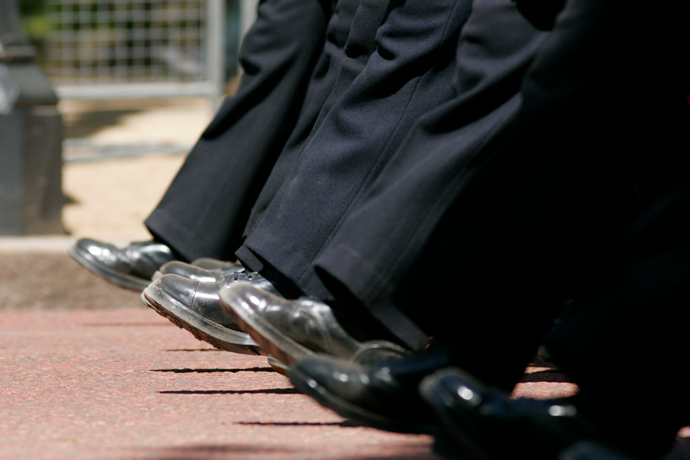 There has been a great deal of marching going on in recent weeks; scientists were marching, women have been marching, environmentalists have been marching, and so has what seems like the whole of North Korea. Whilst I am sure that all of this helps meet our 10,000 steps target I’m not sure what it’s really doing for policy development.

Thanks to May’s two Bank Holiday Mondays, I managed to catch the entire broadcast of Start the Week on Radio 4. This was a delight for two reasons, firstly because if I find myself listening to it on any normal week then I am far too late for work, and secondly because for the first time in an age they were not discussing obscure Egyptology but instead environmental economics.

On the panel there was an American with a really cool accent and even cooler name, an environmental activist called Wendell Berry, who I must confess I had never heard of; a Kate Raworth an economist who I had heard of; and a Paul Kingsnorth – described by Wikipedia as an English writer and thinker – who I wished I had never heard of.

Wendell captured in me all of the reasons why I pursued a career in an environmental field, and Kate the optimism of new discovery.

A good example of this is the EU Packaging regulations, a thoroughly pointless bit of legislation, which has probably caused as much paper as it has saved.

Paul sounded like one of the marching sort, which given his own website says his life changed in the early 1990s when he became a road protester, has probably been quite handy. Paul writes very clever articles and books about us all going to hell in a handcart, so listening to them all on the podcast was captivating.

Wendell made an exceptional point about doing something, he has devoted his life to organic farming as he was tired of people moaning about things rather than getting on with it.

His view fits with my own, which is why, when we are given the unique opportunity to reshape our environmental laws, I do wish the marchers would start looking for answers rather than keep asking the questions.

A good example of this is the EU Packaging regulations, a thoroughly pointless bit of legislation, which has probably caused as much paper as it has saved. It even created a new bit of paper that never existed before the law was introduced, the packaging recovery note, or PRN.

The PRN was supposed to usher in a new market instrument that would price in the externality, support recycling and be traded freely around the world.

The problem was the German’s didn’t really like it so they banned landfill instead; it wasn’t complicated enough for the French who brought a multitude of different rates of landfill tax; and the Greeks and Romanians didn’t recycle much anyway, so it didn’t really matter to them.

The UK persisted regardless as it met the EU regulation, and in the meantime it allowed half of Europe another 10 years to work out how to count what was recycled or not.

Surely a far simpler way would be to demand a minimum recycled content in UK packaging or packaging destined to be sold in the UK; better still if that technology was developed in the UK to begin with.

I am reminded of the saying that a camel is a horse designed by committee. Even if you have a bunch of the most well-meaning people in the room, when everyone is starting from such a different point on the spectrum, we all know that nothing is going to fit seamlessly together.

I think we just have to hope after all that marching, the endorphins will be kicking in and everyone’s brains are on the move as much as their feet.