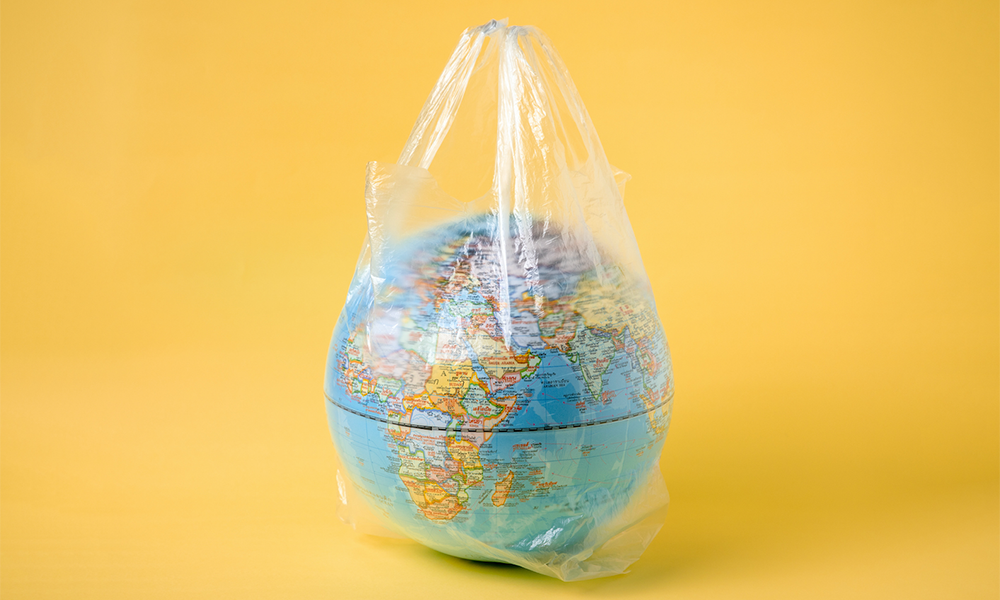 “Bans and threats” are not the answer to plastic pollution, innovation is, says Michael Stephen, chairman of the Oxo-biodegrable Plastics Association (OPA).

Waste management is about collecting waste and processing it in a way that makes economic and environmental sense. The waste management industry in the developed world has reached levels of sophistication, unheard of 20 years ago, and which remain only an aspiration in many parts of Africa, Asia, and Latin America.

Nevertheless, plastic waste is escaping into the open environment all over the world, from which it cannot realistically be collected for recycling, composting, or anything else. This is causing obvious public concern.

For this reason, plastic has become something of a pariah, and a frenzy of “plastiphobia” is preventing us from having a pragmatic and evidence-based conversation about the proper place of this material in our lives. Plastic is in fact an incredibly useful and versatile material – one that, on the whole, has enabled us to lead safer, healthier and more connected lives.

…Because plastics are made from a by-product of refining oil for fuels, a ban would have little or no impact on hydrocarbon extraction. What taxes and bans will do is rob the most vulnerable sections of society of a useful and inexpensive material.

It is the best way to prevent food wastage and sickness, by protecting our food and water from contamination and damage, and it is much better and cheaper than paper, cardboard or cloth, especially when wet. Plastic is also lightweight and robust and can be used instead of heavier materials.

Without plastic, more fossil fuels would be burned in the transport and production of food and many other products. Given the material’s utility, it is little wonder that over 330m tons of it are produced around the world each year – a figure that is estimated to quintuple by 2050.

Motivated by public concern, governments have moved to tax plastic products or ban them altogether, while others are encouraging better waste management and the reuse, redesign, and recycling of plastic products.

These policies will reduce the problem of plastic pollution, but they will not solve it. And, because plastics are made from a by-product of refining oil for fuels, a ban would have little or no impact on hydrocarbon extraction.

What taxes and bans will do is rob the most vulnerable sections of society of a useful and inexpensive material. 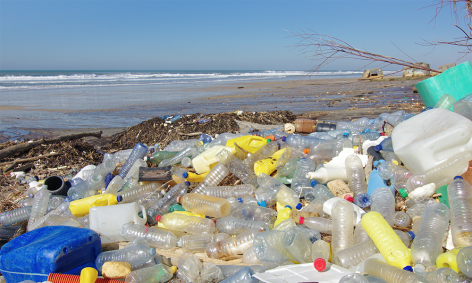 Policymakers would do well to consider all existing options and, importantly, consult scientists and observe due process before enacting heavy-handed regulation.

This is particularly true of technologies such as oxo-biodegradable plastics (OBP) that are specifically designed to address the problem of plastic pollution in the oceans and particularly of microplastics caused by the degradation of ordinary plastics in the open environment.

OBP becomes biodegradable anywhere in the open environment at least ten times quicker thanordinary plastic in the same place, and can be recycled if collected during its useful life if it makes economic and environmental sense to do so.

it’s OK to send OBP products to landfill, because they have been designed not to biodegrade there – this is because biodegradation in anaerobic conditions generates methane, a powerful greenhouse gas.

Ordinary plastic products can now be upgraded to OBP at the time of manufacture with existing machinery at little or no extra cost, using technology that the Oxo-biodegradable Plastics Association (OPA) exists to explain.

A review of all the scientific evidence relating to OBP has recently been done by a former Deputy Judge of the High Court in England.

OBP is produced by mixing a specially-designed package of catalysts and stabilisers with a normal polymer (usually PE, PP, or PS) in the factory at the extrusion stage. The stabilisers control the useful life, and the catalyst accelerates oxidation which dismantles the molecular structure of the plastic at the end of its useful life and enables natural decomposition if it gets into the open environmentas litter(which a lot of it does, every day).

Most important, when it comes to OBP, degradation doesn’t just mean breakdown into plastic fragments. As Ignacy Jakubowicz, a professor at the Research Institutes of Sweden and one of the world’s leading experts on degradable polymers, explains, when OBPs break down the material changes entirely, with hydrocarbon molecules becoming oxygen-containing molecules that can be assimilated back into the environment by naturally-occurring micro-organisms.

Despite the best efforts of lawmakers and nongovernmental organisations, thousands of tonnes of plastic waste are still entering the open environment, and it is this fraction of plastic waste for which most of the world’s governments have no immediate answer.

OBP is tested according to international standards (such as ASTM D6954), which are designed to prove degradation and biodegradation, and provide confirmation that there are no heavy metals or eco-toxicity. These requirements have been satisfied by all members of the OPA.

OBP is not intended to replace waste-management, but is designed to deal with the consequences of failure to control litter on the surface of land or water. It is best thought of as an insurance policy – and one that is sorely needed.

Despite the best efforts of lawmakers and nongovernmental organisations, thousands of tonnes of plastic waste are still entering the open environment, and it is this fraction of plastic waste for which most of the world’s governments have no immediate answer.

However, several countries including the UAE, Saudi Arabia, Bolivia, Jordan, Togo, and some of the States of Pakistan, have made OBP compulsory for a wide range of plastic products.

It was a surprise then that in December 2017 the EU Commission instructed the European Chemicals Agency (ECHA) to investigate “oxo-degradable” plastics because the Commission thought they created microplastics. In October 2018 (ten months into the study), ECHA advised that they were not convinced that microplastics were formed.

However, in an unprecedented and highly worrisome manoeuvre, the EU then terminated ECHA’s investigation before completion and brought forward a ban that is potentially unlawful and unenforceable, and without a proper scientific basis.

A major cause of concern is that they have evaded all the safeguards provided by Arts. 68-73 of the REACH Regulation, and if this is allowed to stand, it sets a very dangerous precedent.

The world does not need more baseless bans or regulations – certainly not ones that shut down dialogue and scientific innovation in the name of political or commercial expedience.

Rather, it needs an approach that puts evidence back at the heart of the debate and takes advantage of innovative technologies to ensure that we can make the most of a cheap and versatile material, without causing a damaging impact on the environment.