In the days following the General Election, there has been none of the traditional dust settling and planning for the future, writes Mathew Prosser, UK managing director at DS Smith Recycling. Rather, we have more questions than answers… 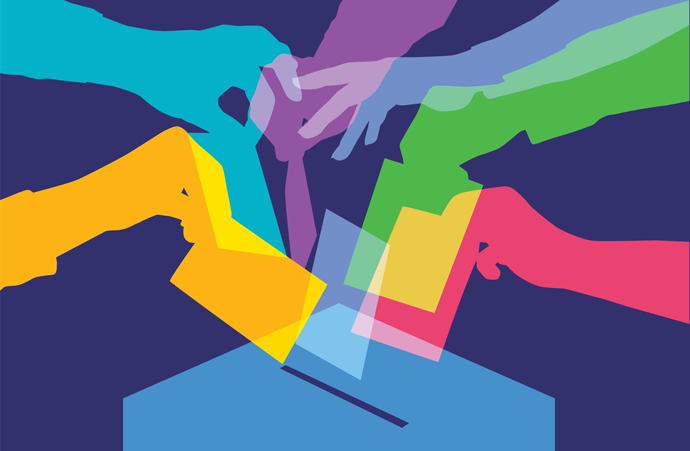 When it comes to priorities, it might feel that recycling, or indeed the environment in general, is fairly low down the pecking order.

Even before the current tumult, reading the manifestos would certainly back this view up.  Of the two main parties, the Conservatives’ only reference to recycling was the aim of supporting “comprehensive rubbish collection and recycling” and “better packaging”, while Labour failed to mention the word “recycling” once – their only waste-relevant pledge was to set guiding targets for plastic bottle deposit schemes. Similarly, the Democratic Unionist Party manifesto shows little interest in climate change or the environment at all.

The story is remarkably different when compared with that of the devolved administrations in Wales and Scotland, where recycling rates show real success.

The new government, whatever its form, is in pole position to bring the sector together, especially with a high-profile individual like Michael Gove occupying the position of Secretary of State for the Environment.

In 2016, Wales recycled 60.2% of its waste – exceeding the target of 58%, and double the 25.5% of waste recycled in 2006. Scotland’s latest figures show that they have increased their recycling rate by 1.4% to match England’s total rate of 44.3% – a number that represents a fall in England’s recycling rate for the first time since records began in 2000.

Let’s be realistic: manifesto pledges are, at the best of times, notoriously vague – and often left unfulfilled. But with a hung parliament elected and negotiations ongoing for a minority government, previous promises and commitments become even more disposable.

However, with recycling rates slowing in England, and the quality of materials presented for recycling coming under greater scrutiny, both domestically and overseas, the issue cannot be swept under the political rug.

So, let’s assume we have a government (however that is formed). What should be its immediate priorities for the recycling industry?

I think it’s clear that while we have made good progress historically, the rate of improvement has slowed. It is important to create a step change in our relationship with the environment – one that is a mixture of the voluntary and the mandatory.

At its core, we believe this change should centre on the circular economy, which should help the UK in its ambition to move further and further away from linear waste-focused strategies to more circular, resource-based strategies.

We need to begin by undertaking a root and branch review of the waste legislative framework, particularly for England, which can learn much from the ambition and drive of the devolved administrations in Scotland and Wales.

Brexit clearly presents a case to frame this review. By having an honest conversation with all stakeholders, we can assess the environmental and economic case for action on resource use, scarcity, and efficiency. Only by truly understanding the scale of the challenge can we hope to put in place sustainable solutions to solve it.

This review needs to go to a fundamental level – perhaps even to the extent where we assess whether recycling targets are actually the best measure of success.

What could we gain by moving to measures of success based around quality, residual waste per capita, re-use per capita, or carbon?

Simple recycling targets do not reflect the complexity of the real world. Even hitting targets doesn’t tell the true story of the choices you make and the carbon used to hit that target.

If my target is to recycle 100 tonnes of waste, will I even look at a material such as bubble wrap? Potentially, it can be recycled – but its weight is low, so it will not contribute much to my 100 tonnes. Consequently, it will be pushed down my priorities – perhaps leading to a missed opportunity.

If we are looking at a new legislative framework, how does that fit with Brexit and the current rounds of the European Circular Economy package?

We believe that the foundations are there within European law to build both a strong UK circular economy, and a consistency of approach that will help in a recycling market that increasingly goes beyond national borders. But we also have the chance to add our own improvements to this package and focus on real recycling.

For example, we can be critical of certain parts of Europe for their over-reliance on waste to energy – which can threaten the appetite to improve both recycling quality and quantity.

What should a new government focus on?

So, what could those improvements be?

One immediate action the new government could take would be to commit to WRAP’s Framework for Greater Consistency for Household Recycling in England.

Introducing a two-stream system for households (with food collected separately) where paper and card are collected as one stream, and plastic packaging, metals, glass and cartons are collected as a separate stream, would make a significant difference to recycling rates and to the quality of recycling collected.

This would help the efforts to recover cleaner paper fibres from domestic recycling streams – and would also introduce a consistency of approach, which we currently lack.

By implementing a centrally mandated separations and collections policy, the industry will be able to communicate the best practice for recycling with one clear, consistent voice. This leaves little room for the naysayers to exploit regional variances and to spread inaccuracies, confusion, and doubt.

We would also like WRAP’s recommendation to go hand-in-hand with a mandatory zero food waste to landfill policy. This would reduce the contamination of other recyclable streams, allowing us to ensure that material collected for recycling is actually recycled.

What difference would it make?

Are the circular economy efforts worth the results?

We think so. The 2014 report by World Economic Forum, in collaboration with the Ellen MacArthur Foundation, estimated that circular economy initiatives could generate $500m in cost savings, generate 100,000 new jobs, and prevent 100m tonnes of waste globally within five years.

The circular economy is a prize worth fighting for – but to achieve it, we need stability.

We’ve had so much uncertainty of late, from Brexit through to our current predicament. How can we hope to develop and embed a new resource strategy without a stable government? We need strategies that can build and flourish with the fullness of time.

Here at DS Smith, we are doing our part in driving change. We’re pushing the quality agenda, not just in UK, but across Europe, by working with industry bodies such as the Resource Association and other innovative cross-sector bodies. We are also creating change in the supply cycle on issues such as closed-loop recycling, better packaging to reduce waste, and on popular topical issues such as the recyclability of coffee cups.

We don’t think we have all of the answers, but we do believe that those answers are out there. That’s why we’re committed to working with all stakeholder groups – including our industry, big brands and organisations, and yes, governments – to get the right solutions for the UK.

The new government, whatever its form, is in pole position to bring the sector together, especially with a high-profile individual like Michael Gove occupying the position of Secretary of State for the Environment.

If we can use our industry’s collective might to persuade him of the benefits of the Circular Economy, the UK will be well placed to create a solution that switches our mindset from waste as a problem, to harnessing it as a valuable resource.