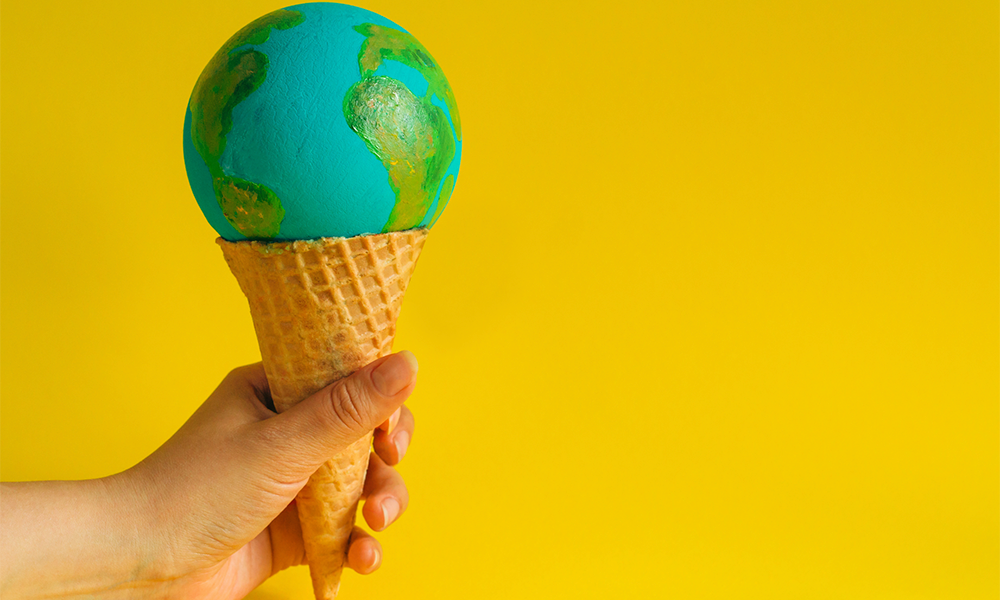 Philip Simpson, commercial director at leading food waste recycler, ReFood, gives his insight into how fighting food waste can help in the “war against climate change”.

Examining the statistics around climate change makes for difficult reading. According to NASA, our CO2 levels are 40% higher than they were in 1950. What’s more, according to IPCC scientists, the world’s average temperature increased by two degrees Fahrenheit during the 20thcentury alone.

Depressing they may be, but these stark figures seem to have at last galvanised decisive action. Whereas climate change was previously an area of debate, there is now clear agreement from world leaders that it is indeed a major issue, and that reversing its impact is a global priority.

And it’s not just world leaders that are getting the message. Thanks to high-profile awareness campaigns – from the wisdom of David Attenborough to the youthful passion of Greta Thunberg – consumers are finally beginning to understand the impact of their actions, and the importance of changing their behaviours.

From eliminating single-use plastics from our daily routines, to ditching on-the-go coffee cups in favour of reusable alternatives, we can all play an active role in saving the planet for future generations to come.

A key area where we can all make immediate impact, however, is by reducing our food waste. It’s an issue that’s often forgotten about and regularly regarded as a job for supermarkets or factories, but it’s a task for all of us – especially considering that 50% of all food is wasted in the home.

Reducing food waste is critical for our climate, but it’s almost an impossible task to eliminate it completely

In total, the UK wastes a staggering 4.8 million tonnes of food every year, 40% of which ends up in landfill, creating potent greenhouse gases with 21 times greater global warming potential than CO2. If we could collectively eliminate food waste, it would mean we could prevent the release of a massive 7m tonnes of greenhouse gases every year.

And it’s not just the planet that would benefit – if we reduce our food waste by even 50%, we would collectively save £6 billion every year.

How to get there

Tackling food waste is simpler than many may think. I’ve put together a couple of top tips to get you started.

Reducing food waste is critical for our climate, but it’s almost an impossible task to eliminate it completely. There are certain food constituents that we’ll never be able to save or eat – such as eggshells, animal bones and gristle.

For these elements, there’s no silver bullet solution, but food waste recycling is a viable option. Using the anaerobic digestion process, this transforms unwanted waste into renewable energy and fertiliser, preventing greenhouse gases and negating the need to burn fossil fuels – a win-win situation.

It’s therefore great news that residential food waste collections are becoming more popular but, sadly, they aren’t available for everyone. As the UK’s leading food waste recycler, we believe that a uniform scheme should be introduced, giving every home in the UK access to kerbside collections for their food waste.

Furthermore, we have lobbied for government to ban food waste to landfill for nearly seven years. Indeed, the governing bodies in Scotland, Northern Ireland and Wales have already implemented bans.

Looking to the future

Tackling climate change by addressing our unacceptable levels of food waste in the UK should be a priority that has buy-in from us all. Our message for the general public is simple – food waste is a contributor to climate change and one that we must tackle as a priority. Consumers have their part to play and can help to, quite simply, revolutionise waste management.

Our message for the government is equally simple – help us to tackle food waste through legislative action. A ban on landfill alongside uniform collections across the UK would prove significant in our nation’s war on food waste.