Where Defra once stepped back from waste policy, is it now stepping up? Gev Eduljee, external affairs director at SUEZ, welcomes its upcoming 25 Year Environment Plan, but says we must ensure that it links our sector to the production economy, and not just focus on the environment… 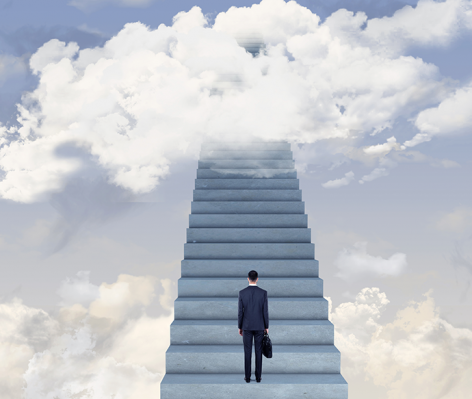 January saw the launch of the BEIS green paper Building our Industrial Strategy, with language reminiscent of Defra’s letter of October 2013 announcing it was “stepping back” from waste policy. Enter the Prime Minister with her pledge of “a new approach to government, not just stepping back but stepping up” to actively support business.

So – while we modernise our industrial strategy, will the government be “stepping up” to craft a modern strategy for the resources and waste sector? After all, the National Infrastructure Commission included us in its definition of economic infrastructure so we ought to get a look-in.

Seemingly so, if the green paper is taken at face value. It points to the “huge cost savings” and productivity gains that the efficient use of materials can deliver, and undertakes to “explore opportunities to reduce raw material demand and waste… and to promote well-functioning markets for secondary materials, and new disruptive business models that challenge inefficient practices”. This is a huge advance over the previous industrial strategy, in which resources, waste and raw materials did not get a mention.

What might a “modern strategy” for our sector look like? The recent call for evidence to help shape a UK bioeconomy strategy prompted a re-read of the House of Lords Science and Technology Select Committee’s 2014 Inquiry report Waste or Resources? Stimulating a Bioeconomy. Substitute “economy” for “bioeconomy”, and the report’s analysis could not be more prescient:

“We argue… that a clear, long-term strategy and stable policy environment is needed to encourage and stimulate the waste-based bioeconomy. There is a lack of a clear lead within Government, with responsibilities spread across several Government departments, and inadequate coordination and cohesion. We… recommend that a Minister in [BIS] is given responsibility for the development of a waste-based, high value bioeconomy. The Minister should champion waste as a resource… [and] ensure that a long-term plan, with at least a 15-year horizon, is produced….”

The Nub Of The Problem

The nub of the problem as the Inquiry saw it was that “waste policy is often framed in environmental terms, and while we do not diminish environmental considerations… the Government is not sufficiently seized of the potential economic prize for the UK…”

Three years on, warm words abound – but whatever happened to Enabling the Transition to a Green Economy (2011) and Resource Security Action Plan (2012), among other waste and resource-based initiatives? Defra’s “stepping back” stance is what happened, while BIS’ 2013 industrial strategy motored with the creation of the catapult centres and other sectoral support initiatives.

The “modern” industrial strategy will be supported by the 25 Year Environment Plan which will “set out a long term vision for delivering a more resource efficient and resilient economy”. A pity resource strategy is again split between two departments, but great news nevertheless. With Defra developing the Plan we must ensure that the vision explicitly links our sector to the production economy, and does not focus solely on the environment. As the House of Lords Inquiry recognised, we have moved on from primarily offering an environmental fix if the circular economy model we aspire to is to mean anything; but successive government have taken a decidedly old-fashioned view of our sector.

BEIS’ industrial strategy and Defra’s 25 Year Plan offers our sector its best opening in years – and for years to come – to press our credentials as a serious economic player.  We must build alliances with other actors in the supply chain to collectively develop and present to BEIS and Defra a clear set of policy measures that will underpin the Government’s economic objectives.