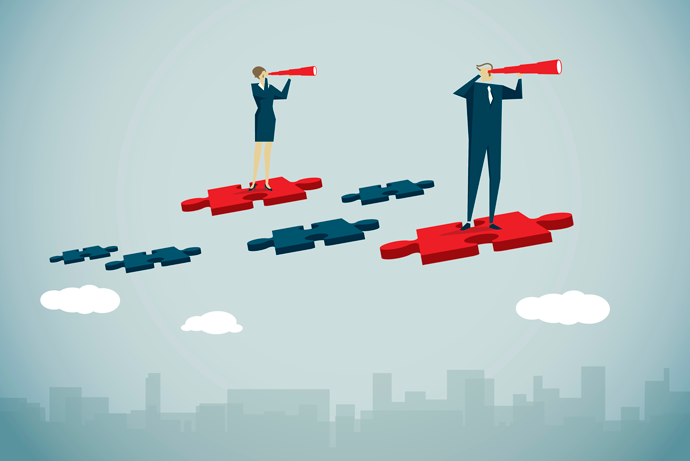 The General Election 2017 has come and gone. Given the rather uncertain outcome it might just come back, who knows?

But at time of writing it’s fair to say that we are left with a complex political environment and an equally complex environmental policy landscape. That matters because this industry is almost entirely policy-driven and our lead times for infrastructure and service changes are long.

We need the sort of stability that doesn’t seem to be on offer at the moment. Except, hopefully, for the really big picture of climate change. I anticipate a renewed focus on carbon and climate driving our medium and long-term decisions.

The things we don’t know would fill another article: the likely outcome of EU Circular Economy Package negotiations – our position on some of its key issues, our post-Brexit relationship with it, and future UK or national changes to environmental policy and law.

However, one fixed point of reference is the UK’s strong and continuing commitment to combatting climate change through the Paris agreement and through our tough Climate Change Act targets.

Post-election, the green movement has been less than enthusiastic over the appointment of Michael Gove as the new Secretary of State for the Environment given his previous voting record, but his early statements since being appointed suggest the UK is not wavering on climate. That’s important. It will drive what comes next at a more strategic level even if we don’t know whether the EU will alight on a 65% municipal recycling target, or 70%, or any other number you or I could attempt to justify.

Don’t get me wrong – I believe we are already facing a serious waste treatment capacity shortfall in the UK, and we sorely need early clarification of policy to avoid us slipping backwards and / or continued reliance on waste exports. But we need that bigger picture, too.

The UK has a track record of leadership on climate change – instrumental in the Paris agreement to keep global temperature increase to “well below” 2 degrees centigrade, and our Climate Change Act with its legally binding futuristic targets.

Maybe our current generation of energy recovery from wastes will be seen as a “transition” technology because carbon intensity will demand it. And it will mean an up-turn in our demand for evidence to drive policy and practice.

We have set ourselves the task of cutting carbon emissions by a whopping 80% against a 1990 baseline. Because it takes time to adjust and to develop science, technology, infrastructure and practice to make those cuts, government sets carbon “budgets”. We met the first 2 fairly easily – mostly by moving away from coal, and the Government can “bank and borrow” some of the gains for future years – though that will get gobbled up quickly.

It has been imminent several times already. Complications like Brexit and the General Election have slowed it down. All we know at the minute is that the Industrial Strategy Green Paper confirmed we should see it by the end of 2017.

My message is simple: bring it on, we need to see it. Its assumptions and objectives will drive things like the National Infrastructure Assessment (of which we had hoped to have seen the first outputs by now), the UK Industrial Strategy and the equally-delayed Defra 25 year Environment Plan. No mis-match between these strategies and our Climate change objectives will pass the blush test.

So, what will tougher carbon and climate change targets for our industries mean? At the highest level it means that the recommendations of the Infrastructure Assessment will have to include cutting carbon – quickly and at the best price.

At a more practical level, and linked to air quality concerns and falling natural gas extraction, that could mean a move towards biogas – as a heat source in our gas mains, or as a road transport fuel. And that would drive a move towards separate collection of unavoidable foodwastes – whatever the source. It will renew concentration on carbon intensity of energy-from-waste and combined heat and power in particular.

Maybe our current generation of energy recovery from wastes will be seen as a “transition” technology because carbon intensity will demand it. And it will mean an up-turn in our demand for evidence to drive policy and practice.

We will need more life cycle assessment and carbon accounting – and all the standardisation, assumptions agreements, and data that demands. Carbon (and other greenhouse emissions) will be king.

And if you think the 5th Carbon Budget wont drive our decisions, the 6th might, or the 7th, and don’t forget: the timeframe of things like the Infrastructure Assessment is 2050, not 2020. It will take full account of where we have committed to getting to.

I can understand that as carbon targets get tighter some of the policies and interventions needed to make them happen get harder to sell politically. But the election is behind us now. We need to see this Clean Growth Plan quickly.

It points to our future with more certainty than many of the more immediate decisions we are hanging on. I’m as interested in the difference between 65 and 70 as the next resources professional. We need that.

But give me the bigger picture, too.