The UK’s regulations must change if we want to ensure that China remains a destination for UK material, says Simon Ellin, chief executive of The Recycling Association. Having just returned from visiting China, he he sees the need for a more global approach to quality legislation 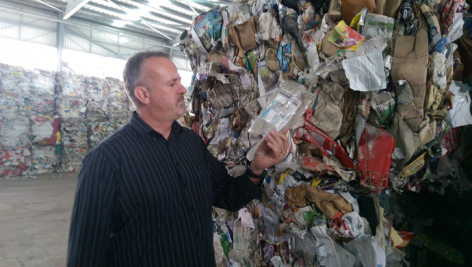 I was recently invited to China by Cycle Link International to see first-hand why the issue of quality is becoming such a problem for Chinese buyers.

Cycle Link hosted a two-day conference on quality with officers from China Inspection and Quarantine (CIQ) in attendance, while I also had the opportunity to see UK and global material arriving at the port. I also freely inspected bales of cardboard (OCC), mixed paper and sorted office paper (SOP) at the Zhejiang Ji-an Mill in Jiaxing. Ji-an, like Cycle Link, is owner by Anhui Shanying Paper Industry Co.

It is clear that China is getting stricter on its requirements, with its 1.5% limit on out throw increasingly becoming a specification, rather than it being a nice to have, as it might have been perceived by some in the past.

When comparing Japanese material for example with UK material, as I did at the mill, it is clear that some countries are producing bales that easily meet this Chinese specification.

Even when comparing UK bales, from different sources it was obvious that some UK material is of the highest quality, and frankly some of it was unacceptable. In one case, I saw a nappy in a UK bale.

A nappy should never be considered a paper, but it also isn’t right that we are exporting contamination like this. It is the responsibility of the supply chain from the householder, the local authority, the waste management companies and the MRFs to ensure nappies and other sanitary products are never mixed with paper bales and exported to other countries.

But one of the problems we face in the UK is that our own rules and regulations on what can and can’t be exported are not clear. The MRF Code of Practice for example, does not require material destined for export to meet the EN643 standard that calls for this 1.5% maximum out-throw level that the Chinese are enforcing. 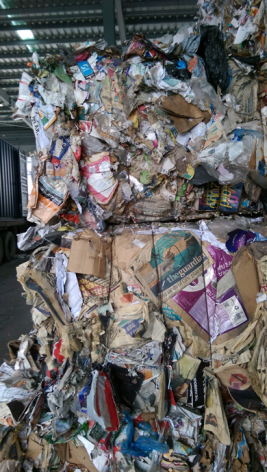 The problem is further exacerbated because the UK environment agencies are yet to produce clear guidance on what is and what is not allowed in terms of contamination levels. By contrast, we are in a situation where they are able to threaten prosecution to legitimate export businesses who find it difficult to operate under such ambiguous conditions, while failing to crack down on the genuine illegal operators.

That is why, as part of The Recycling Association’s Quality First campaign, we are calling for adoption of the EN643 standard and this 1.5% out-throw limit for paper so we know where we stand and meet the standard required by one of our major markets.

Eventually, we’d like to see implementation of other material standards for export too.

A Question Of Contamination

Furthermore, we’ve got to get away from the situation where the enforcement agencies in the UK take a hard line approach against businesses that are unclear on the law.

I recently heard of a situation where a UK enforcement agency officer was ripping out the plastic lining of jiffy bags, and the windows in envelopes and adding this to the pile of contamination in order for them to justify a prosecution.

This shouldn’t be seen as a problem caused by the exporter, but by the entire supply chain. We’ve got to educate the householder on what can and can’t be recycled, but also the product designer, the retailer and manufacturer to ensure the material is recyclable.

But first and foremost, we have to get clearer regulation, then at least as a recycling industry, we know the rules we are playing to.