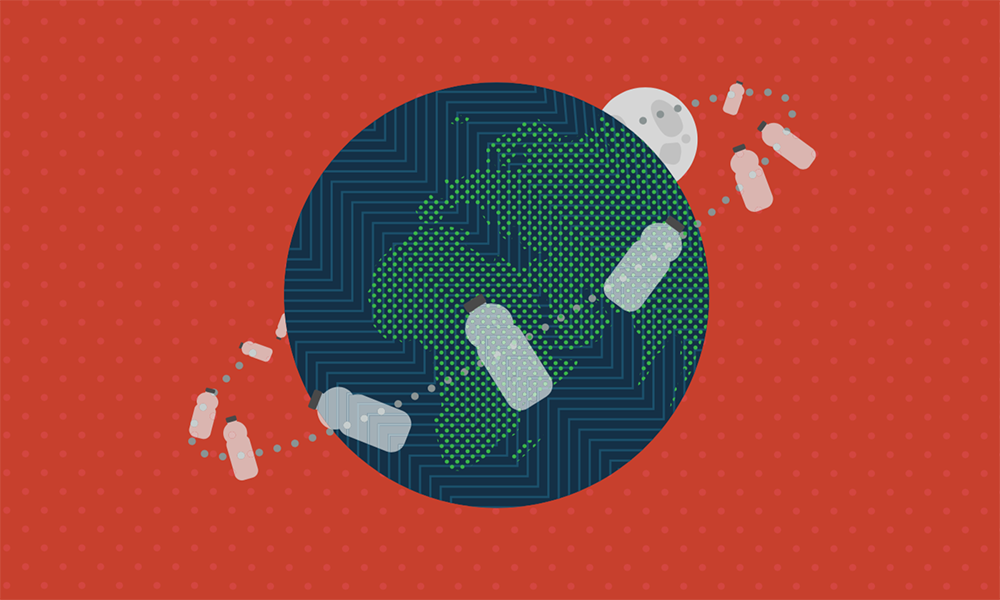 Michael Laurier, CEO of Symphony Environmental Technologies, says supermarkets in the UK and around the world should not abandon plastic in favour of “suboptimal alternatives”.

Major brands in the FMCG sector are switching away from plastic, regardless of the environmental impact of substitute materials, according to a recent survey by the Green Alliance.

The brands, which include the UK’s leading supermarkets as well as consumer goods and beverage companies, are being pressured by their customers, some of whom go as far as to describe plastic as “evil and has no place, regardless of any positives it might have in addressing food waste and what not… the complaints have been ferocious.”

If this were some fringe sentiment it could be ignored but it isn’t, and it betrays a deep, emotional bias against plastic, which is already having unintended consequences. This sentiment should be actively addressed, and ‘plastiphobia’ resisted at all costs.

Some interviewees appeared to appreciate this, highlighting the risk of “kneejerk reactions” and the “need to have time to get the right solution in place” for plastic and packaging. One respondent added: there is “not a lot of joined up thinking going on.”

Hence a more worrying trend identified in the Report – which sees supermarkets taking decisions knowing they could increase rather than reduce environmental burdens.

UK FMCG, just as much as other sectors, should remember that plastic is not only the best material for protecting our food from contamination and preventing food-waste and disease, but it has a much lower global-warming potential than other materials used for packaging, according to LCA’s cited in the Report, and others performed by Intertek for the UK Government.

The only problem with plastic is that it can lie or float around for decades if it gets into the open environment, but this is a problem which can be solved without depriving people of the benefits of plastic

Plastic, crucially, does not itself cause any depletion of fossil-resources; it is made from a by-product of refining oil, which is extracted to make fuels, which would be made whether plastic existed or not. When the plastic becomes waste, its calorific value can be used to generate electricity if, instead of being sent to landfill or if unsuitable for mechanical recycling, it is sent to modern, non-polluting, thermal-recycling units.

The only problem with plastic is that it can lie or float around for decades if it gets into the open environment, but this is a problem which can be solved without depriving people of the benefits of plastic. The scientists who invented plastic designed it to be durable, but they soon realised that this very durability causes a problem if the plastic gets into the open environment as litter.

They therefore found a way to make the molecular structure of plastic dismantle automatically by oxidation much more quickly than ordinary plastic, when it had served its purpose. The plastic would then be biodegradable and they called it oxo-biodegradable plastic. This has now been used and tested all over the world for many years.

Contrast that with alternatives. The inflation of environmental credentials of non-plastic single use packaging formats was not lost on one respondent who said: “The past year has really pissed me off, with companies coming out and boasting about not using plastic, even when they’re in single use glass, and their carbon emissions are going to be off the scale.”

Some supermarkets are shifting to paper, but the report cautions that paper bags have much higher carbon impacts.  Also, refillable containers can dramatically reduce the shelf-life of some products.

The Report mentions that retailers and brands are hesitant about replacing conventional plastic with bio-based and compostable material for packaging, citing cost concerns (compostable plastic costs four times as much as ordinary plastics). They also need to be aware that it converts into CO2, not compost, and that it cannot be recycled.

Supermarkets in the UK and around the world should not abandon plastic in favour of suboptimal alternatives, when a low-cost solution is available to prevent plastic creating microplastics and lying or floating around for decades.