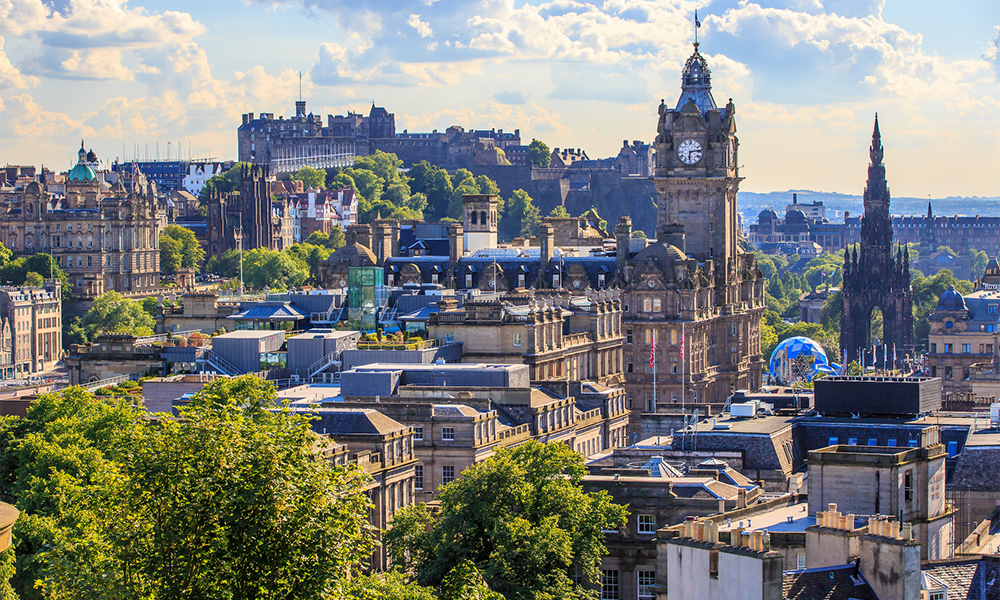 More than a dozen organisations across Scotland are to take part in a £1million pilot project testing alternatives to single-use disposable items.

Zero Waste Scotland will deliver a total of 14 projects with a wide range of community partners over the next 12 months to tackle a range of single-use items, from coffee cups to water bottles and food packaging.

Supported by the Scottish Government and the European Regional Development Fund (ERDF), the scheme will see organisations from Glasgow, Edinburgh, Fife, Caithness, Stirling, and East and West Lothian trial alternatives to single-use products – such as reusable and packaging-free options.

The Ditching Disposables project will include a deposit return scheme for reusable coffee cups and separate charging for disposable cups across several Scottish towns and cities. Both of these actions have been highlighted as key ways to tackle consumption of single use cups by the Scottish Government’s Expert Panel on Environmental Charging and Other Measures (EPECOM).

Curbing our consumption habit is vital if we want to have a real impact on the climate emergency, so it’s fantastic to have so many organisations right across Scotland on board to look at what we can change to pioneer an alternative approach

The deposit return scheme for cups will see customers in some communities pay a small deposit when purchasing their drink that will be refunded when they return their reusable cup, so it can be washed and used again. It is believed to be the first time anywhere in the world that a deposit return scheme for reusable cups and separate charging for disposable cups have been run in tandem.

Other projects will see single-use water bottles removed from sale and replaced with water fountains and cordial dispensers. Another will trial a reusable event kit to be shared between the community, and includes piloting reusable cups for drinks, for example, at music gigs. 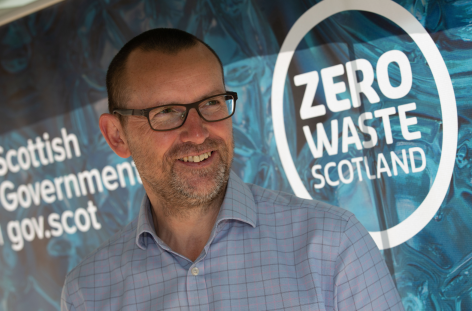 Zero Waste Scotland chief executive, Iain Gulland (pictured right), said: “We know single-use items are blighting communities across Scotland and it is something we are determined to tackle. Some of these are only used for a matter of minutes yet can hang around our environment for years. We are working with communities to see what can be done to solve issues they have identified.

“Four fifths of our carbon footprint as a nation comes from the products and materials we consume. That’s a huge proportion, and single-use items are an entirely unnecessary part of that.

“Curbing our consumption habit is vital if we want to have a real impact on the climate emergency, so it’s fantastic to have so many organisations right across Scotland on board to look at what we can change to pioneer an alternative approach.”

The projects announced today (Tuesday 18 February 2020) follow an initial closed pilot between Zero Waste Scotland and NHS Ayrshire & Arran, under which reusable coffee cups and a 10p charge for disposable cups were introduced in the canteen at University Hospital Crosshouse in Kilmarnock.

These changes, along with improvements to recycling provision and signage, saw the reuse rate for coffee cups increase from 1% to nearly half of all hot drink sales. Meanwhile the volume of disposable cups consumed dropped by 157 per day – that’s an estimated 57,000 a year.

The Ditching Disposables pilots will aim to achieve similar results in an open setting, with independent coffee shops across Thurso and Wick, Stirling, central Edinburgh and North Berwick offering reusable coffee cups for a deposit, which customers can drop back to any participating local café. Crucially, these trials will combine deposit reusable cups with a charge on disposable cups – believed to be the first time this has been trialled anywhere in the world.

Iain Gulland continued: “This is a great example of how upscaling small changes can make a big difference. We know incentivising reuse works – and for businesses it’s a chance to respond directly to customer demand and open up new economic opportunities at the same time as cutting their carbon footprint.”