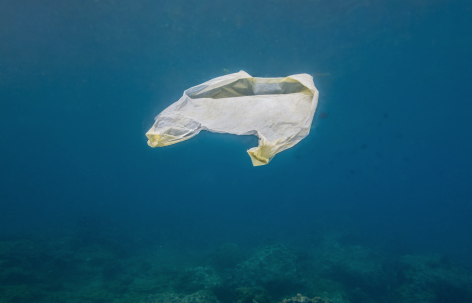 25 years of research from the Centre for Environment, Fisheries and Aquaculture Science (Cefas) has revealed changes in the composition of marine plastic litter, finding a decrease in plastic bags found on the UK’s seabed – suggesting behavioural and legislative changes may be able to combat marine litter.

Despite the reduction in the number of plastic bags recorded in an analysis of scientific surveys, the overall amount of litter has been maintained by an increasing amount of other plastic items, including fishing debris.

Widespread distribution of litter items, especially plastics, were found on the seabed of the North Sea, English Channel, Celtic Sea and Irish Sea. High variation in the abundance of litter items, ranging from 0 to 1835 pieces km−2 of seafloor, was observed.

Plastic items such as bags, bottles and fishing related debris were commonly observed across all areas. Over the entire 25-year period (1992–2017), 63% of the 2,461 trawls contained at least one plastic litter item.

“We observed sharp declines in the percentage of plastic bags as captured by fishing nets trawling the seafloor around the UK compared to 2010 and this research suggests that by working together we can reduce, reuse and recycle to tackle the marine litter problem.”

Thomas Maes, Marine Litter Scientist at Cefas said: “It is encouraging to see that efforts by all of society, whether the public, industry, NGOs or government to reduce plastic bags are having an effect.

“We observed sharp declines in the percentage of plastic bags as captured by fishing nets trawling the seafloor around the UK compared to 2010 and this research suggests that by working together we can reduce, reuse and recycle to tackle the marine litter problem.”

Marine litter is a global challenge, with increasing quantities documented in recent decades. The distribution and abundance of marine litter on the seafloor off the United Kingdom’s (UK) coasts were quantified during 39 independent scientific surveys conducted between 1992 and 2017.

These trends were all positive except for a negative trend in plastic bags in the Greater North Sea – suggesting that behavioural and legislative changes could reduce the problem of marine litter within decades.

The paper has been published in Science of the Total Environment.