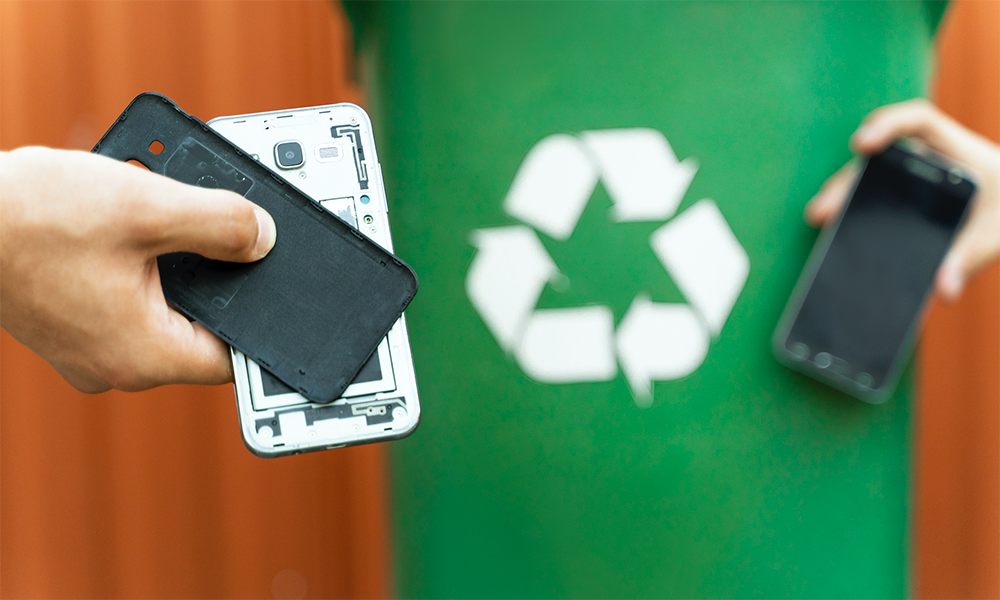 The Royal Society of Chemistry is urging consumers to recycle their unused electrical goods, as it highlights that natural sources of six of the elements found in mobile phones are set to run out within the next 100 years.

Morethan half of those (59%) surveyed said knowing this would make them “more likely” to recycle old devices.

The Royal Society of Chemistry commissioned an Ipsos MORI survey of 2,353 people, which found that 51% of UK households have at least one unused electronic device – such as mobile phones, computers, smart TVs, MP3 players or e-readers – and 45% have up to five.

Of these 82% have no plans to recycle or sell on their devices after they fall out of use.

The Society says the problem could be set to grow, with young people owning more items of technology than anyone else – 52% of 16-24 year olds having 10 or more gadgets in their home.

We need action now – from governments, manufacturers and retailers – to make reuse and recycling much easier, and we must enable a new generation of chemistry talent to help

When asked why they don’t recycle old devices, more than one in three (37%), of those with unused devices at home said data and security fears made them uneasy, while a quarter said they don’t recycle them because they prefer to sell them.

Almost a third (29%) also said they didn’t know where to go to recycle old tech.

The Society says this is a global issue, and solving it will require “everyone to take responsibility”, including government, manufactures and retailers.

It says retailers will need to introduce take-back schemes – where people can be assured that their data will be securely wiped, and their devices will be efficiently recycled

Manufacturers will need to build repairability and recyclability into designs from the beginning, and Governments will need to provide consistent guidelines and infrastructure to facilitate a circular economy.

Robert Parker, CEO of the Royal Society of Chemistry, said: “We need action now – from governments, manufacturers and retailers – to make reuse and recycling much easier, and we must enable a new generation of chemistry talent to help.

“The UK has a tremendous opportunity to become a world leader in this and set an example for other nations to follow.”

‘Conflict elements’ include tin, gold, tungsten and tantalum – which is also used in mobile phones – and are mined in areas where fierce battles and child labour are often a routine part of their mining.

Chemical scientists are already working to find ground-breaking solutions – by investigating long-term substitutes for rare elements in devices, or by finding new chemical methods to extract precious materials and reuse them.

The Society says reuse and recycling are the best options available, but even if recycled, it is still “extremely difficult” to recover some of these elements from unused devices.