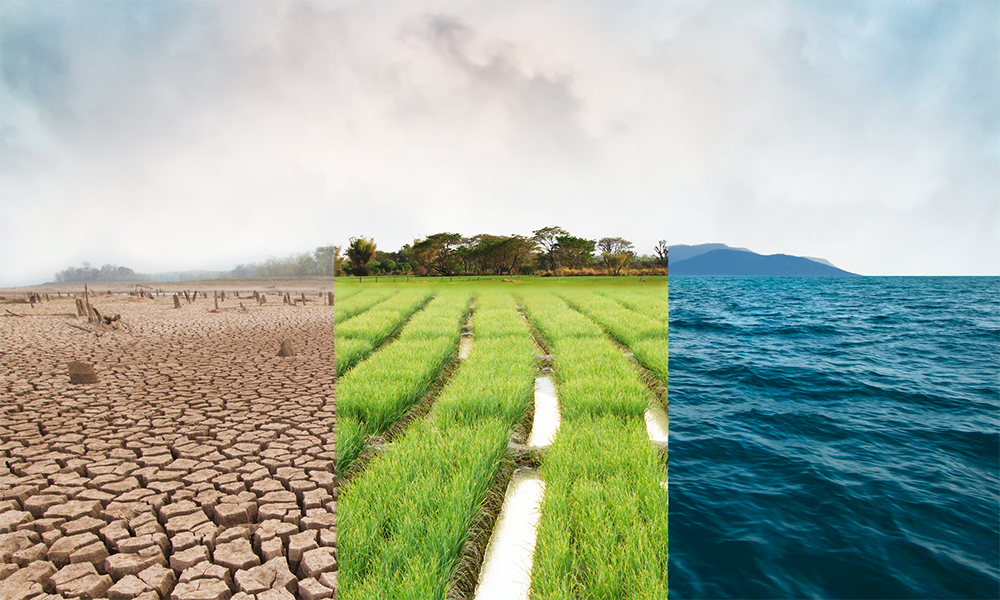 All biodegradable waste should be banned from landfill by 2025, if the UK is to reach “net zero emissions” by 2050, according to the Committee on Climate Change’s (CCC) newly published report.

The report suggests Governments plans to deal with climate change impacts are “insufficient” in areas such as the natural environment, health, and business. Key opportunities need to be seized over the next 12 months, it says, and sets out recommendations for parliament.

Almost 70% of emissions from waste were methane from the anaerobic decomposition of biodegradable waste in landfill sites, it says.

Government has committed to “work towards eliminating food waste to landfill by 2030”, according to its recently-published Resources and Waste Strategy.

Waste management firm SUEZ, however, says an early ban on food to landfill cannot be achieved by 2025 as the UK has “insufficient time” to obtain planning and build the replacement facilities to collect and treat the food waste that would be diverted.

Stuart Hayward-Higham, technical development director, SUEZ recycling & recovery UK, said the UK will have only two years  after the planned legislative timeframes for consistent collections, EPR (Extended Producer Responsibility schemes ) and DRS (Deposit Return Schemes) in which  to deliver “affordable and viable” alternatives – which can often take five years or more to obtain planning, finance and to be constructed.

He said: “The Government has already rightly started with the main early focus which should be on the reduction of food waste in the first instance, which if achieved would not only deliver the obvious benefits in waste and costs to households but also reduce the amount of food waste that needs to be collected and treated and that which would end up in landfill.

“Material sums of extra funding will still be needed to fund a whole new ‘binfrastructure’ and vehicles for extra organics waste collection at both local authority level and importantly from businesses, which still account for a significant proportion of food waste.

“The waste and recycling sector has been working with Government and local authorities to drive waste away from landfill and since 1996 and invested billions of pounds in diverting over 15 million tonnes of residual waste.

“The resources industry has not only delivered against the existing Government objectives but also supported the longer term objective of driving as much organic waste away from landfill as possible by 2030 as set out in the Government’s recent  resources and waste strategy.”

The UK has legislated for net-zero emissions by 2050 – now the UK Government must “show it is serious” about its legal obligations to tackle and prepare for climate change, the Committee says today (10 July).

It says UK action to curb greenhouse gas emissions is “lagging” far behind what is needed, even to meet previous, less stringent, emissions targets.

Over the past year, the Government has delivered just 1 of 25 critical policies needed to get emissions reductions back on track, its new report shows.

It says action to prepare our homes, businesses and natural environment for a warming world is “less ambitious” than it was ten years ago.

Of 33 key sectors assessed by the Committee in a second, related report published today, none show good progress when it comes to managing climate change risk.

As the UK prepares to host next year’s global climate summit, the Government has a window to demonstrate its commitment to addressing these responsibilities.

Lord Deben, CCC Chairman, said: “The UK is the first major economy to set a net-zero emissions target and intends to host the world’s leaders at next year’s landmark climate conference (COP26). These are historic steps forward and position the UK at the forefront of the global low-carbon transition. But international ambition does not deliver domestic action. It’s time for the Government to show it takes its responsibilities seriously. Reducing emissions to net zero by 2050, requires real action by Government now.”

Baroness Brown of Cambridge, Chair of the CCC’s Adaptation Committee, said: “The UK is not ready for the impacts of climate change, even at the minimum expected level of global warming.

“The Government is not yet addressing adequately all of the climate risks it has itself identified as critical – including from surface water flooding and the impacts of high temperatures on health.

“As the UK prepares to host next year’s global climate summit, the Government has a window to demonstrate its commitment to addressing these responsibilities.

“Citizens, homes, workplaces and critical infrastructure must be prepared for a future with unavoidable climate impacts. The effects of climate change are already being felt in the UK.”