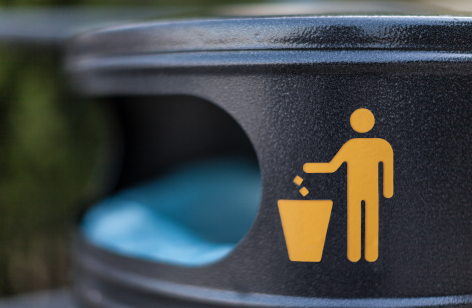 Results from a new poll find that Brits support taking a “significantly tougher” stance on punishing those who litter, giving their backing to a range of strict new measures to tackle the growing problem.

At the start of the month local authorities were given the go-ahead to double on-the-spot litter fines to a maximum penalty of £150. However, nearly half the UK believes those caught littering should take part in community service litter picks (48%), with more than a third of us even going as far as calling for litterers to face criminal prosecution (36%).

“The strength of feeling about littering is unsurprising given the growing scale of the problem, but the fact that so many are in support of jumping from fines to criminal prosecution underlines just how far people are prepared to go to curb it”

The poll, conducted by Serco’s Environmental Services business with its long-term research partner Future Thinking, canvassed more than 3,000 people. It asked respondents what should be done to tackle littering in light of the growing scale of the problem.

The amount of litter dropped every year in the UK has increased by 500% since the 1960s and the cost to taxpayers of picking up litter is now nearly £800m per year.

Other punitive measures supported by respondents to the poll include naming and shaming litterers on social media (30%) and fining the parents of children caught littering (30%).

The hard stance isn’t limited to individuals; the poll also found that one in four of us (24%) believe that companies whose packaging is most commonly found as litter should be taxed.

Robin Davies of Serco’s Environmental Services business says: “Given the costs of clean-up and the damage littering does to the environment, habitats and local wildlife, it is not surprising that our survey reveals strong national support for more enforcement than is currently the case.

“Local authorities will need to think carefully however about how enforcement measures can be applied in a fair, reasonable and proportionate fashion.

“Enforcement is often seen as a means to generate income from those who are least able to afford it.

“There is a need for a debate about whether income from the increased enforcement activity can be ring-fenced and reinvested in education and prevention, as part of an integrated approach to environmental maintenance that balances prevention and enforcement.”

Claire Tyrrell-Williams, Associate Director at Future Thinking, added: “The strength of feeling about littering is unsurprising given the growing scale of the problem, but the fact that so many are in support of jumping from fines to criminal prosecution underlines just how far people are prepared to go to curb it.”