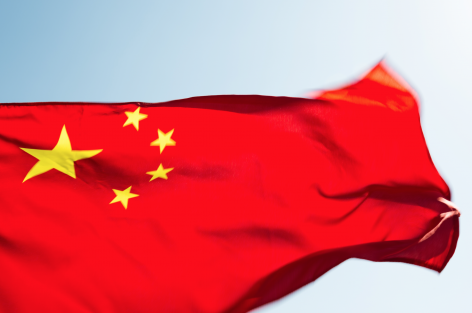 At least a fifth (20%) of councils have felt a direct impact from China’s restrictions on imports of mixed paper and certain types of plastic over the last year, according to a snapshot poll by the Local Government Association (LGA).

Some of the councils who have been most impacted warned that their recycling costs have increased by £500,000 on average over the last year as a result of the restrictions.

This is due in part to increased costs for processing materials for recycling. The fee charged to councils to process materials collected from kerbside collection at a materials recovery facility (MRF) is said to have increased from £15 to £22 per tonne over the last year. The fee has increased to £35 a tonne compared with £29 a tonne for contracts signed in the past year.

Council leaders are calling for manufacturers to contribute more towards local authority costs for processing recycling and to reduce the amount of material, such as black plastic trays, entering the environment in the first place.

The LGA is also urging the Government to address the longer term impact of the China ban in its forthcoming Resources and Waste Strategy.

“Councils are doing all they can to improve recycling rates, which is why 100% of councils collect paper for recycling, and 99% collect plastic bottles. The rising costs caused by this ban risk combining with ongoing and severe council funding pressures to affect other essential local services.”

Compounding the need for action, Malaysia has also imposed a three-month ban on importing scrap plastics with Vietnam looking into banning scrap plastics as well, prompting concerns that recycling issues and the cost to taxpayers could increase.

The LGA has previously called on manufacturers to reduce the amount of unrecyclable material, such as black plastic microwave meal trays which are chosen purely for aesthetic reasons and pots, tubs and trays which aren’t able to be recycled, as a way to cut out a need to export waste to other countries in the first place.

Councils are keen for manufacturers to contribute to the fight against plastic waste, by reducing the amount of unrecyclable material in the first place and by contributing more to council’s responsibilities to increase recycling and reduce the amount of plastic waste in their communities.

Cllr Martin Tett, LGA Environment spokesman, said: “It’s clear that the ban by China on imported waste, which could soon be implemented from other countries, could have a marked impact on councils’ ability to recycle. It’s essential that the Government provide support to help councils offset the loss of income they face as a result of the ban and encourage manufacturers to use more recyclable materials.

“Councils are doing all they can to improve recycling rates, which is why 100% of councils collect paper for recycling, and 99% collect plastic bottles. The rising costs caused by this ban risk combining with ongoing and severe council funding pressures to affect other essential local services.

“Councils want manufacturers to play their part in the battle against unnecessary and unrecyclable waste. We are keen to get around the table with them to reduce the amount of material entering the environment which can’t be recycled. With the markets to sell unrecyclable material shrinking, it is essential that this is tackled as soon as possible.

“It is essential that the Government take the opportunities of the upcoming Autumn Budget and publication of its Resources and Waste strategy to assess the financial impact of these bans on councils thoroughly, and encourage manufacturers to take up more of the responsibility for dealing with these unrecyclable materials.”