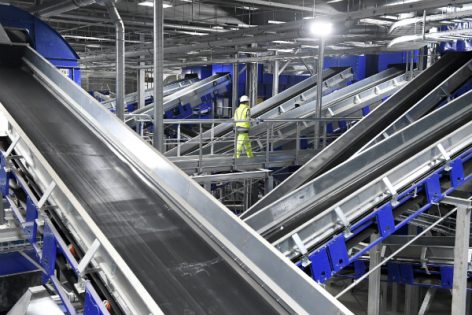 Local authorities across the UK should embrace London’s Environment Strategy if Britain is to meet heightened recycling targets set out in the recently ratified circular economy package. That’s the view of Stadler Engineering, which is calling for a new, consistent approach to kerbside collections.

Launched earlier this month, the London Mayor’s Environment Strategy sets out a municipal recycling target of 65% by 2030, which will be achieved by taking a revolutionary approach to waste collection. The document calls for councils in the borough to offer collections for the six main dry recyclable materials, as well as separate caddies for food waste.

Already, businesses and individuals have voiced their support for the strategy, recognising its value in driving greater recycling rates. However, Stadler believes the entire country must adopt a similarly revolutionary approach (and replicate this separate collection model), to really make a national difference.

“For us, single source recycling collections, uniform across the country, is essential to achieving this, alongside better education for householders, as to what they can and can’t recycle, of course.”

“We should embrace separate collections nationwide for various fractions of both dry and organic waste,” stated Ruben Maistry, sales manager at Stadler Engineering. “Co-mingling is not a long-term solution. It reduces recyclate quality and is often rife with contamination.

“Reprocessors are demanding ever higher quality, which means that clean, easy to separate, good quality recycling is key. For us, single source recycling collections, uniform across the country, is essential to achieving this, alongside better education for householders, as to what they can and can’t recycle, of course.”

Separate collections are often viewed as an additional cost for local authorities to incur, but Stadler points to nations such as Wales, Northern Ireland and Scotland as examples where best practice has been adopted, and widespread financial savings have been achieved.

Maistry explained: “Many countries are recouping collection investments elsewhere. With lower contamination rates, MRFs can minimise capital equipment costs. What’s more, with UK households throwing away more than 7 billion tonnes of food every year, the nation is sitting on a potential energy goldmine through anaerobic digestion. But, if we aren’t collecting this individually, we risk losing out on valuable feedstock.

“London’s Environment Strategy proposes a watertight approach for the Capital. We need to replicate this nationwide. It is an opportunity we must not miss.”