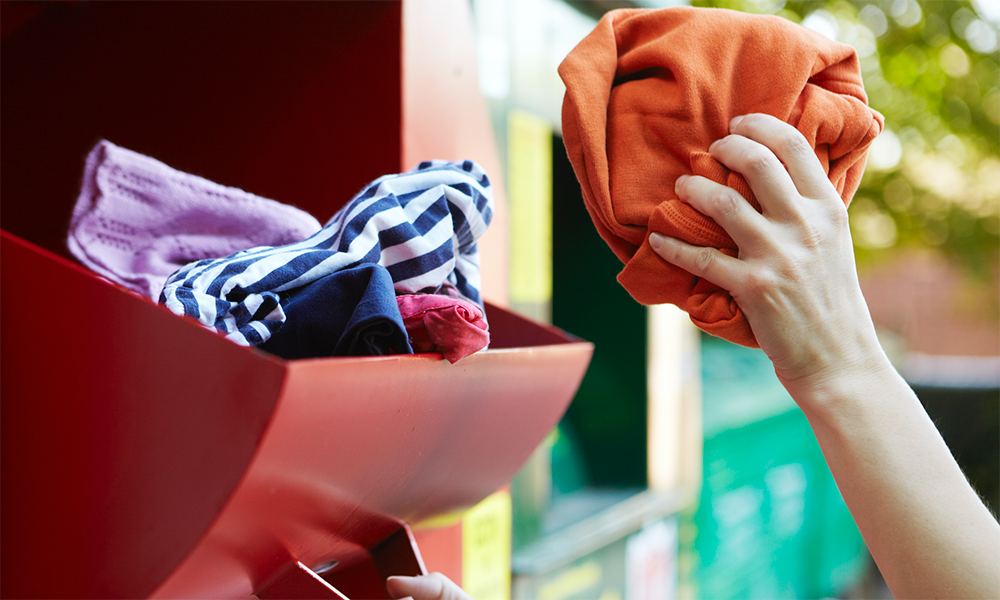 The call comes on the back of TRAID’s Taking Stock Report, which reveals most people using textile banks in the UK prefer to donate clothes to charity-run textile banks, yet two thirds have no idea that some textile banks are run by commercial companies which profit from their donations.

In many cases, existing charity-run texile banks have been removed, only to be replaced by commercial companies which are willing and able to pay high fees, it claims.

The research suggests this is “at odds” with what textile bank users expect, with 67% unaware that their donations might benefit a commercial company, and at odds with what they want, with 88% preferring to use a textile bank run by a charity.

If charging high fees to operate textile banks becomes the new normal, it poses a serious threat to a charity’s ability to raise income, TRAID says.

For TRAID, in the last five years alone, the impact of removing textile banks to make way for commercial companies has resulted in the loss of 200-tonnes of clothes donations annually, the equivalent to stocking two charity shops raising £850,000 of additional income annually.

Maria Chenoweth, CEO at TRAID, commented: “We are not asking councils to stop making commercial decisions. We are asking them to ensure that charities are not the victim of commercial decisions. By listening to residents, improving transparency about who profits from donations and ensuring commercial companies are not placed at the expense of charities, but in addition to them, local authorities can continue to support charities and their residents.”

Robin Osterley, CEO at the Charity Retail Association said: “Each year, more than 11,000 charity shops raise £295m for a range of good causes across the United Kingdom, and the ability to source donations from textile banks is vital to this. The charity retail sector also makes a huge contribution to the environment. In 2018, 327,000 tonnes of textiles were diverted from landfill and into re-use and recycling. This also makes a positive difference to the UK’s carbon footprint, reducing carbon dioxide emissions by around 7m tonnes through green activities.”

Chenoweth added: “These recommendations create a fairer solution which suits all parties while continuing to provide the UK public with the opportunity to support charities with their clothes donations, which they clearly want. With around 300,000 tonnes of textile still going to landfill every year, and consumption of clothes on the rise, we need to increase the number of textile banks in use. There is room for everyone.”­