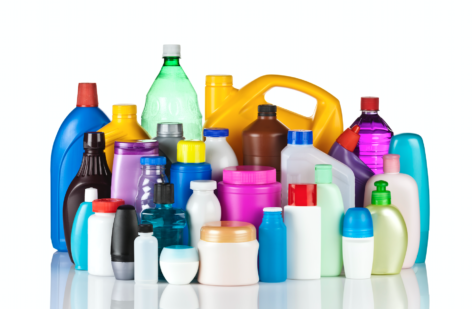 Four cross-sector actions have been set out by WRAP and INCPEN to help reduce the environmental damage caused by the way we use and dispose of plastic.

In December 2017, Secretary of State for the Environment Michael Gove asked WRAP and INCPEN to facilitate cross-sector discussions on a number of issues in advance of the publication of the Government’s 25 Year Environment Plan.

The aim was to put in a comprehensive set of outline proposals from stakeholders on how the UK could respond and reduce the environmental damage caused by the way we use and dispose of plastic.

“In our response to the Environment Secretary we emphasised the positive role that plastic packaging plays in protecting goods and preventing food waste.”

“We focused on plastic packaging as it accounts for around 70% of our plastic waste,” WRAP CEO, Marcus Gover, says. “In our response to the Environment Secretary we emphasised the positive role that plastic packaging plays in protecting goods and preventing food waste.”

WRAP has sent a letter to stakeholders containing a programme of four “interdependent and mutually supporting” areas where action is needed:

This sector agreement will be the first national implementation of the Ellen MacArthur Foundation’s New Plastic Economy. It has the full backing of Government and is included in the 25 Year Environment Plan.

It provides an opportunity for business to demonstrate to Government and to the public the leadership it is taking to respond to the challenge.

It will involve major retailers, brands and plastic packaging suppliers signing up to ambitious targets to:

“We already have a number of leading brands and retailers on board,” Mr Gover said. “A high-profile launch with the founding signatories is planned for the spring and we would welcome the involvement of more businesses in this.”

“This would mean proposing fast track changes to the current PRN system to improve packaging environmental outcomes, including for plastics,” Mr Gover says. “We would be looking for measures to support the aims of the Circular Plastics Commitment and ensure take-up by the value chain as a whole.”

He said principles developed to date provide a starting point, but we need to put forward more detail on how we think changes could be implemented.

To do this WRAP will propose increasing the recycling targets for plastic packaging and will consider splitting the targets by plastic type.

“We need a common position on what we think are ambitious but achievable targets,” he said. “There will be a balance to be had here. If we are not radical enough, our proposals will not be acceptable to government or the public.”

Recycling more plastics and preventing them from leaking into the environment requires consistent collections of material at home, at work and on-the-go, WRAP says.

It has already worked with Defra, local authorities, retailers, brands and recyclers to develop a Framework for Greater Consistency in household recycling. This specifies a common set of materials to be collected from all households across England, including plastic bottles, pots, tubs and trays.

WRAP says further work is needed to consider the collection of plastic films from households and recycling away from home, and it is helping a number of local authorities to evaluate the Framework for change.

“We have asked for stronger political support for the Framework to incentivise transition,” Mr Gover says. “We expect this to be considered as part of the Resources and Waste Strategy.

“There is also a need for development in the sorting and recycling of plastic packaging. Building on previous activities under the Consistency Programme, further engagement with waste management companies will be needed to look into the changes needed at sorting, recycling and waste treatment plants.”

WRAP research highlights that barriers to recycling include a lack of understanding for some citizens, and a lack of motivation for others.

WRAP will run a specific plastics campaign linked to the Circular Plastics Commitment.

The campaign is currently funded by Defra and supplemented by carrier bag charge donations from some retailers. In the longer term a reformed Producer Responsibility system could provide funding to increase its reach and impact.

“We would be keen to use the campaign to explain the value of packaging as well as how to recycle it,” Mr Gover says.