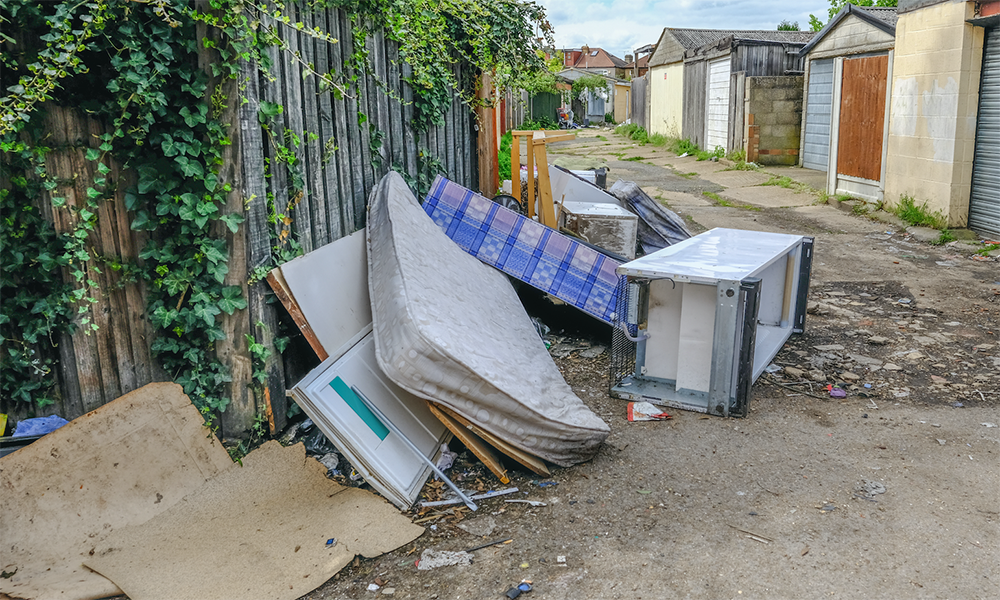 Service comparison provider Market Expert focussed on fly-tipping hotspots, data on prosecutions, and how much local authorities are spending on cleaning up waste.

It found 0.2% of cases of fly-tipping result in criminal prosecutions, the majority of punishments are fixed notice penalties (fines of up to £500) and that five of the most fly-tipped areas are in London (City of London, Camden, Hammersmith & Fulham, Hounslow and Brent).

The research also revealed the average amount a council makes from fly-tipping fines is £3,355, however, there are huge disparities between areas, with Birmingham bringing in £175,643.

The news come after recent research by the BBC found that criminal gangs are behind a large number of incidents and that large-scale fly-tipping has almost doubled over the past 6 years.

Most incidents per person 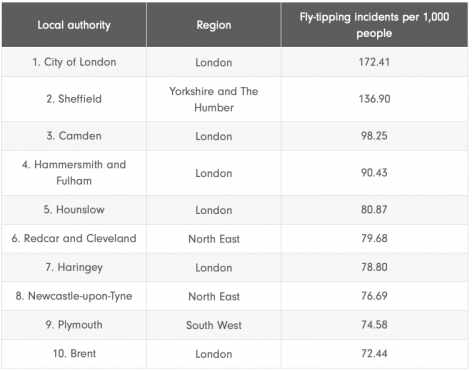 The research cross-references data from 323 local authorities, contrasting the number of fly-tipping incidents with the population, to show which areas have the most incidents per person.

City of London was followed closely by Sheffield and Camden, with six London boroughs making into the top 10.

The most common areas for fly-tipping are roads and pavements, though the dumping of waste in green areas is not uncommon, damaging the environment and wildlife.

Household waste occurs for almost two-thirds of fly-tipping incidents and is proving costly to local councils – in 2019, fly-tipping cost councils in England £12.9 million. With one in five councils already facing drastic spending cuts, this makes for alarming reading.

Market Expert spoke to Gill Patenall, a resident who lives in the London borough of Barnet.

He said: “I live in High Barnet which is on the edge of London so my back garden backs onto fields and a busy A-road. The road is constantly littered with everything you could imagine – fridges, mattresses, business waste – it’s so unsightly and damaging to wildlife. I’ve written so far six letters to the council and our local MP and only once did they respond and clear the waste, but it was back within weeks!

“There has been nothing done to tackle the root cause – a lack of CCTV, warning signs, and bins. We’ve actually started community clean-ups, where we all meet monthly to clear the loads ourselves as we cannot bear seeing it in our neighbourhood.”