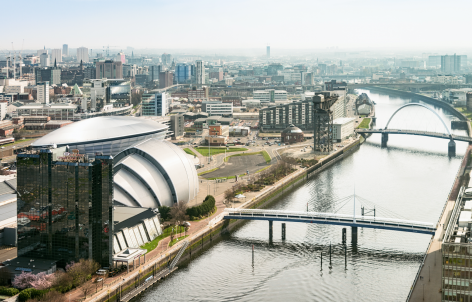 Glasgow City Council today announced its ambition to become Scotland’s first circular city – one which reduces the amount of waste produced, but reuses rather than dumping any waste is does generate.

The announcement that the city will publish Scotland’s first Circular Economy Route Map came as Glasgow hosts the 2018 Circular Economy Hotspot. At the Hotspot the First Minster has announced that the potential impact of the circular economy on Scotland could be over a billion pounds.

Cllr Susan Aitken said: “The First Minister has announced today that the opportunity for Scotland in embracing the circular economy runs into the billions of pounds. I want Glasgow to be at the forefront of seizing that opportunity.

“Our Route Map will point a way to building better homes and communities, reducing food insecurity and playing our part in dealing with the world’s addiction to single use plastic.”

“The work done by the Chamber of Commerce and Zero Waste Scotland in Circular Glasgow has already put us far ahead of most of our competitors but the opportunities really are limitless.

“Our Route Map will point a way to building better homes and communities, reducing food insecurity and playing our part in dealing with the world’s addiction to single use plastic.

“Increasing the number of homes powered by renewable or circular energy to 15% by 2030 is an ambitious target but we will need to be ambitious in the coming years.”

The initial areas of focus for the Route Map will be: