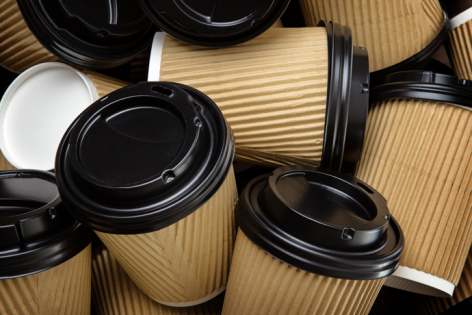 The Government has “refused to take any decisive action” on the complex issue of coffee cups – including the introduction of a “latte levy” – and has instead chosen to rely on voluntary commitments, the Environmental Audit Committee (EAC) says.

The EAC has also announced that it has asked the National Audit Office to inquire into the Government’s oversight of the Packaging Recovery Note (PRN) scheme, to further scrutinise UK recycling policy.

EAC chair, Mary Creagh MP, said: “The UK’s throwaway culture is having a devastating impact on our streets, beaches and seas. Our report recommended practical solutions to the disposable packaging crisis. The Government’s response shows that despite warm words they plan no real action.”

“The UK’s throwaway culture is having a devastating impact on our streets, beaches and seas”

The Committee’s key recommendation was the introduction of a 25p levy on the use of disposable coffee cups, to reduce their use and help to fund recycling measures.

The Government response suggests that coffee shops should offer discounts for customers with reusable cups, instead of a levy on disposable cups. In its inquiry, the Committee heard that a charge – such as that introduced on plastic bags – was the most effective way to change consumer behaviour.

During the inquiry, the Environment Minister Dr Therese Coffey MP told the Committee that Defra’s Voluntary and Economic Incentives working group would examine coffee cups for their next project, but the Government response to the report makes no mention of this.

Mary Creagh said: “Evidence to our inquiry demonstrated that charges work better than discounts for reducing the use of non-recyclable materials – as was the case with the plastic bag charge. By choosing to favour voluntary discounts for reusable cups, the Government is ignoring the evidence about what works.

“Defra’s Voluntary and Economic Incentives working group should open their consultation on coffee cups as soon as possible. The Government should look to repeat the success of the 5p bag charge by introducing a latte levy.”

“Consumers deserve to know if their coffee cup will be recycled or not. The Government’s response to my Committee’s recommendation not only lacks ambition, and puts coffee in the ‘too difficult’ Ministerial in-tray.”

The Committee recommended that coffee cup labelling should clearly state where coffee cups can be recycled. The Government has responded to the Committee’s recommendation by focusing instead on voluntary anti-litter labelling instead.

This is despite their own acknowledgment that it is “ubiquitous and relatively ineffective”, the EAC says. The response later states that “we need to ensure clearer consumer messaging on how and where products should be recycled” but makes no concrete proposal to achieve this.

Mary Creagh said: “Evidence shows that while 90% of people put their coffee cup in recycling bins, only 0.25% are recycled due to inadequate binfrastructure. The Government’s anti-littering labelling proposal completely misses the point.

“Consumers deserve to know if their coffee cup will be recycled or not. The Government’s response to my Committee’s recommendation not only lacks ambition, and puts coffee in the ‘too difficult’ Ministerial in-tray.”

Companies handling any form of packaging must ensure that a certain proportion is recycled under the Packaging Recovery Note scheme. Although the recycling targets for paper and plastic are 69.5% and 51% respectively, just 0.25% of disposable coffee cups are recycled.

The Committee recommended that the Government introduce a producer responsibility system that raises the cost on cups that are difficult to recycle and reduces fees for easily recycled cups.

“The current system does not work for coffee cups, and so the Committee has asked the NAO to specifically report on the effectiveness of the PRN system.”

The Government’s response acknowledges the need for reforming the system, but sets out no actions. The Committee has today asked the National Audit Office to assess whether Government has good oversight of the PRN scheme’s performance against its objectives, and whether government has taken a robust approach to preventing fraud and non-compliance.

Mary Creagh said: “Coffee cups are the perfect example of how the UK’s producer responsibility system has led to poor packaging recycling. The Government needs to push businesses to develop more sustainable packaging, or face higher fees. The current system does not work for coffee cups, and so the Committee has asked the NAO to specifically report on the effectiveness of the PRN system.”

The EAC recommended that unless all disposable coffee cups placed in recycling bins are recycled by 2023, the Government should ban them. The Government rejected the Committee’s recommendation and welcomed the Paper Cup Manifesto written by industry.

The Paper Cup Manifesto indicates a target for the provision of recycling facilities for coffee cups, but does not include a recycling target specifically for coffee cups. It also ignores the on the go nature of takeaway coffee.

During an evidence session, the Environment Minister Dr Therese Coffey MP told the Committee that the upcoming Resources and Waste ambition would include a “specific ambition” for coffee cup recycling.

Mary Creagh said: “In their response to my Committee’s report, the Government acknowledges that recycling targets should be ‘challenging’. I expect to see a challenging target specifically for coffee cups in the upcoming Resources and Waste Strategy to significantly improve the recycling rate up from the current 0.25%” 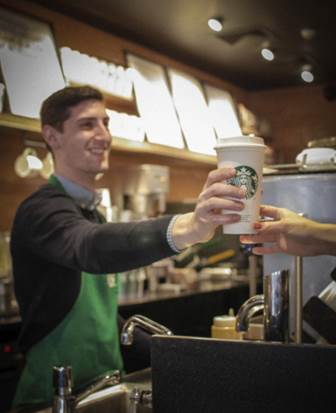 The news follows the announcement by Starbucks that it has voluntarily launched a pioneering 5p coffee cup charge trial in 35 stores across the city, west end, and west London, to evaluate whether customers will reduce their use of single-use paper cups.

The proceeds from the 5p charge will be donated to environmental charity and behaviour change experts, Hubbub. Hubbub will help to track the impact of this three-month trial cup charge on customer behaviour, helping to reduce waste and encourage the use of reusable cups. Hubbub will also use the funds to support other innovative campaigns to reduce waste across the capital.

Starbucks commissioned research found that almost half (48%) of people surveyed said they would carry a reusable cup, saving money and reducing waste. Since 2014, Starbucks has offered a £1 reusable cup to make it as easy as possible for customers to reuse at an accessible price.

The trial, which will add 5p automatically on to any paper cup purchase in these 35 stores, will coincide with impactful in-store marketing communications to inform customers of the charge. To further reduce waste, Starbucks baristas will also ensure all customers drinking in store are offered their drink in a ceramic cup.