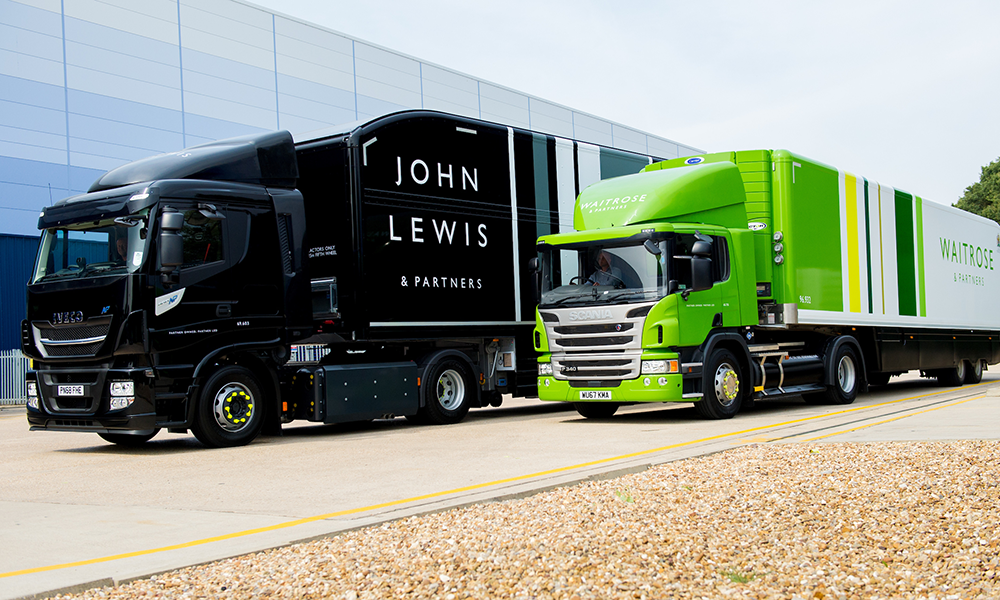 The John Lewis Partnership today (18 June) announced that it is stepping up its commitment to reducing carbon emissions by building a dedicated biomethane gas filling station to enable its largest heavy goods vehicles to use a low-carbon alternative to diesel.

Alongside this, the partnership has also revealed an ambition to stop using fossil fuels across its entire 4,800 strong transport fleet by 2030.

In March 2019, the employee-owned business pledged to be net zero carbon across its entire operations by 2050 at the latest and its 600 heavy goods vehicles to be switched to low-carbon biomethane by 2028.

Since last year, the Partnership has reduced its total operational carbon emissions by 6.6% and emissions from transport have fallen by 6.9%.

The evidence of climate change is all around us, so it’s important we act now using available technology rather than wait for unproven solutions to appear.

It will facilitate the conversion of the Bracknell Waitrose fleet to biomethane and complement gas filling stations already in use near to John Lewis and Waitrose regional distribution centres in Leyland, Lancashire, and in Northampton.

Serving approximately 120 Waitrose heavy goods trucks, the vehicles will run on biomethane made from food waste and waste materials rather than diesel.

This will reduce CO2 emissions by 80%, with each truck saving over 100 tonnes of CO2 every year.

These gas trucks are also quieter, decreasing noise pollution, which is especially important for urban deliveries. Over the next seven years, the Bracknell site alone will save over 70,000 tonnes of CO2, equivalent to the carbon footprint produced by over 13,000 UK households.

Since 2015, 85 of the partnership’s heavy diesel vehicles have already been replaced with biomethane trucks, and a further 143 will be purchased and in operation by the end of 2020, making this the largest order of biomethane trucks in the UK.

To reduce carbon emissions across its transport network further, the Partnership’s ambition is to eliminate fossil fuels from its commercial vehicle and car fleet by 2030.

In addition, the Partnership’s 1,300 strong car fleet would become 100% electric and any remaining vehicles that could not be converted to biomethane or electric will use hydrotreated vegetable oil (HVO) biodiesel.

Justin Laney, Partner & General Manager of Central Transport at the John Lewis Partnership, said: “The evidence of climate change is all around us, so it’s important we act now using available technology rather than wait for unproven solutions to appear.

“We are working hard towards our new aim of removing all fossil fuel from our transport fleet by 2030, which will reduce our carbon emissions by over half a million tonnes and gets us well on the way to our ultimate target of operating a net zero carbon emission fleet.”

In addition to reducing transport carbon emissions, the Partnership is also reducing the carbon emissions produced by its shops, with refrigeration units used in Waitrose being replaced. Hydro Fluoro Carbon (HFC) – the greenhouse gases used in cooling systems – are currently being switched to HFC-free refrigerators and this will be completed by 2028.