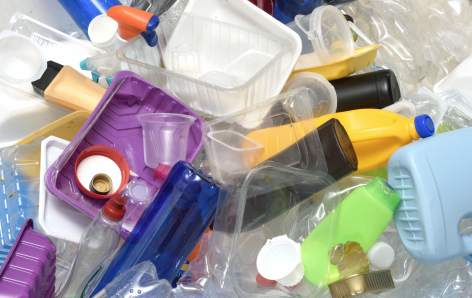 Over 64,000 tonnes of plastic food packaging and plastic bottles is disposed into household residual waste instead of being recycling, costing the country a staggering £11m each year, according to Zero Waste Scotland.

The figures have been released today (Tuesday 5 June) on World Environment Day – a global day focussed on beating plastic pollution.

On average each Scottish household is binning 27kg of food and drink plastic that could have been put in the relevant recycling bins. This plastic could have been worth £5.7m if recycled, but instead costs Scotland, and the relevant local authorities, an estimated £5.3m to send to landfill.

“Beat Plastic Pollution”, the theme for World Environment Day 2018, is a call to action for all of us to come together to combat the challenge of plastics pollution.

Nearly one third of the plastic packaging we use globally reportedly escapes collection systems, which means that it ends up clogging our streets, blocking our drains, polluting our national environment on land and in the sea.

Scotland has committed to phase out the use of non-recyclable plastics and is currently designing a deposit return scheme for drinks packaging that could see recycling rates of more than 90%.

Cabinet Secretary for the Environment, Climate Change and Land Reform Roseanna Cunningham said: “This year alone the Scottish Government has announced plans to ban plastic-stemmed cotton buds and will shortly be banning rinse-off personal care products containing plastic microbeads as part of Scotland, and the EU’s, vision to reduce single-use plastics and ensure any single-use plastics are easily recyclable by 2030.

“Our newly set up expert panel is now considering what further steps can be taken on items like plastic straws and disposable cups.

“The Scottish Government is however determined to lead by example when it comes to tackling the scourge of plastic littering our countryside and polluting our seas. Just last week we announced our plans to remove single-use coffee cups from our main buildings as from 4 June and I hope this encourages other organisations to take similar action.

“This World Environment Day I’d like to ask people to do what they can to reduce their own use of single use plastic, by reusing what they can and recycling when reuse is not possible. If we work together we can make our vision our reality.”

Iain Gulland, chief executive, Zero Waste Scotland, said: “Plastic is a valuable resource, and one which can help generate additional income when recycled properly, yet we are throwing it away, adding to pollution in Scotland, and wasting public money that could have been invested in schools, parks or local facilities. There’s an enormous opportunity to turn single-use plastic bottles into a valuable resource if placed in the correct recycling bins.

“We have come so far with our recycling capabilities, so when it’s not possible to reduce or reuse plastic we ask everyone to put their used plastic bottles and food packing into the relevant recycling bin where they can. This simple step not only saves the environment, it saves council tax funds and generates money for your local authority area.”