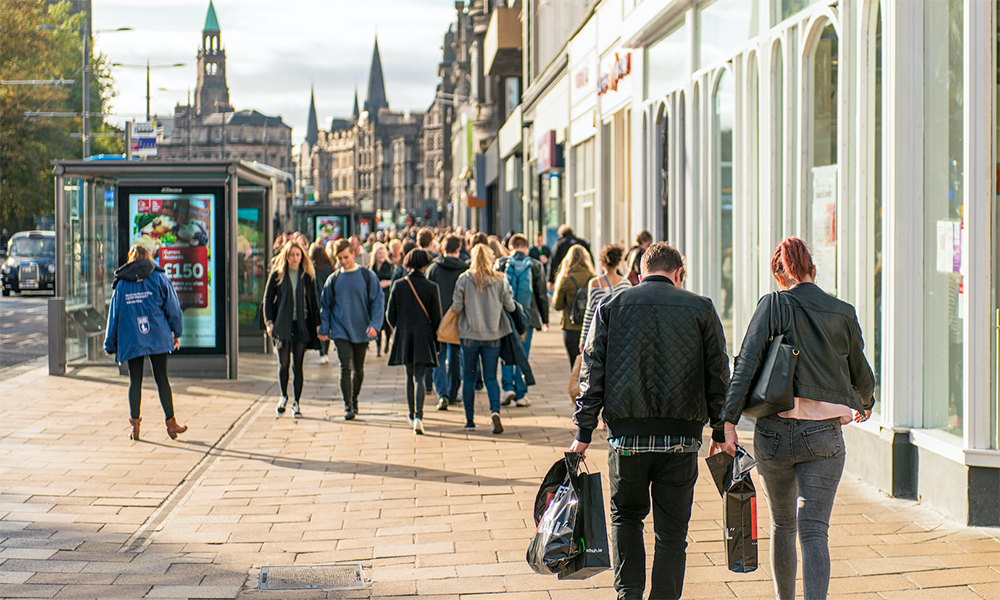 Consumers have the collective strength to reduce carbon emissions and stop the global climate emergency, according to Zero Waste Scotland.

With the United Nations estimating as little as 12 years until global warming reaches a turning point we will not be able to return from, the Zero Waste Scotland’s chief executive Iain Gulland is seeking to highlight the important role each and every Scottish resident can play by harnessing their “collective power” and challenge the need for “quick-hit” purchases promoted by retailers.

Buying and wasting less would protect the nation’s environment and reduce Scotland’s carbon footprint, he says.

Mr Gulland said: “Around four fifths of our carbon footprint is caused by our huge consumption habit and it can’t be fixed by tinkering around the edges.

“At current rates, we would need three planets to keep up with the demand for materials – and we just have one. Saying ‘but we aren’t the worst’ isn’t an acceptable excuse, we know that Scotland can lead the way in showing other developed nations how to change our lifestyles to be less reliant on readily disposable goods. There needs to be a sea change in our disposable consumer culture and it can’t wait any longer.”

Zero Waste Scotland is campaigning to raise awareness of the impact of what we consume and urges the Scottish public to consider whether they need what they are shopping for and to think of the “processes” that are used before items reach shop shelves. Successfully reducing Scotland’s demand for raw materials and new products would reduce global emissions that are speeding up climate change, he says.

Zero Waste Scotlandsays: “In simple terms, we need to change our consumption habit from a ‘make, use, dispose’ culture to a ‘make, use, remake’. The ultimate goal is to maintain and improve our quality of living, while at the same time reducing our consumption of products and materials. This will have a positive impact on our planet. Some studies estimate that this circular economy approach could eradicate almost a fifth of our carbon footprint by 2050.”

It suggests everyone can take action to reduce their carbon footprint. This includes:

Mr Gulland said this doesn’t need to come at the cost of 21st century living. He said that very soon people who are not adopting smarter environmental choices will be in the minority. All the while making these changes will support local produce and local jobs in all types of industries, he says.

He added said: “Previous generations used and reused products for as long as possible and it is this approach that can become commonplace once again in the modern world.

“We are making progress, the public attitude to plastics has changed significantly in recent years as more and more shun straws or single-use coffee cups. The introduction of the carrier bag charge led to a huge drop in the volume of single-use bags and has been a great success for Scotland.

“There is reason to be optimistic in the work that is being done but we still need to do more. When people find there are barriers to leading a sustainable life, we would encourage them to speak up and ask businesses and authorities to make changes. Just as change came quickly when people voiced opposition to the volume of straws provided in cafes and bars, it’s likely there are more people that think similarly to you. You can make a difference and now is the time to get on the front foot and improve the future for all of us.”

Mr Gulland spoke out following the launch of Zero Waste Scotland’s corporate plan in Edinburgh. The plan sets out how the organisation will transform to focus on addressing global emissions by growing the circular economy over the next four years.

This will be achieved through increasing collaboration across all sectors and communities, nationally and internationally, to help the Scottish Government’s tackle the climate emergency.