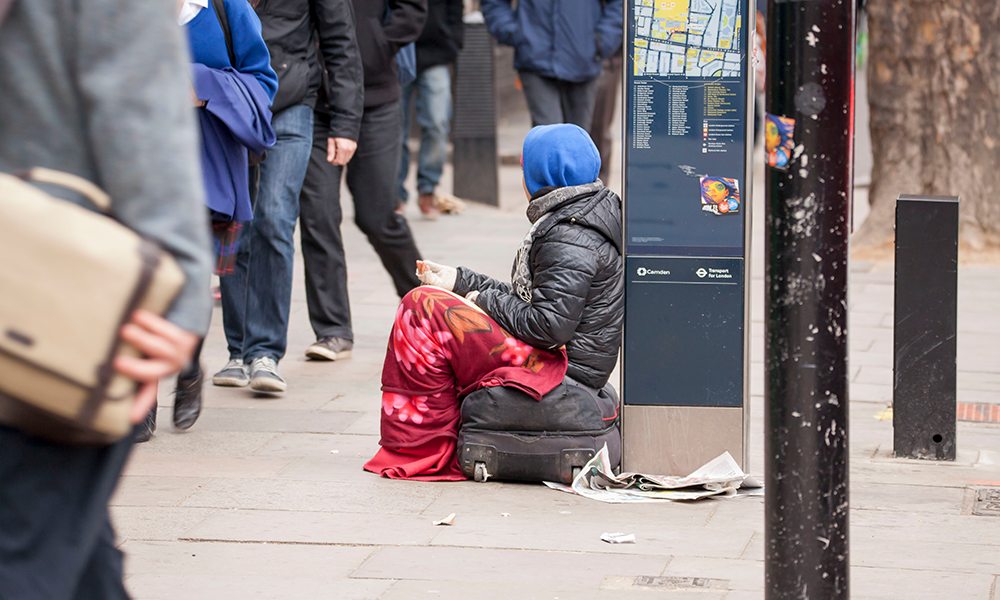 A new study has found that as homelessness figures rise in the UK, action needs to be taken to stop people putting their lives at risk by taking shelter in bins. The report, by waste management company Biffa, the Open University and the Chartered Institution of Wastes Management, calls for a collaborative approach amongst waste companies, waste producers, homeless charities and the general public to tackle the issue.

The new study, which surveyed operators in the waste sector, found that although there have been improvements across the industry to prevent people in sleeping in bins since a similar study in 2014, there are still many concerning statistics:

The findings demonstrate that there is a long way to go and a lot more to do to prevent people using bins as a place of refuge. A collaborative approach involving waste companies, waste producers – particularly those operating in town centres – homeless charities and the general public is crucial to save lives and prevent risk of serious injury. This new approach includes several key recommendations:

There is also a role for members of the public in helping to tackle this issue – the report recommends that anyone who sees evidence of a homeless person sleeping in a bin should contact a local homeless charity.

Biffa is taking additional measures to address the issue:

“Urgent action is required now to raise awareness of the dangers of seeking shelter in bins. This new research highlights the need not only for the waste industry to take more responsibility for its own practices, but crucially for it to work with its customers to help tackle the issue. We are committed to leading this approach to promote policies and procedures for widespread adoption to prevent further tragedies. We hope this report highlights the issues that we all need to address and acts as a call to action.”

“Rough sleeping is harmful and dangerous for the individual and for our communities. It is vital that Biffa takes the issue of people rough sleeping in bins seriously and is taking a lead in the industry to educate staff, raise awareness and change practice. We welcome the recommendations in this report and believe it will directly help to save lives. Going forward, we are committed to working together so that people in desperate situations can be found, helped and supported back into housing, good health and fulfilling lives.”

“Continuing to raise awareness and share good operational practice is essential to help prevent people sleeping in bins. As the professional body for the sector, we are very pleased to be involved as a partner with Biffa and the Open University in this useful research. We hope it is the start of further work to reduce the risks associated with people sleeping in bins and strengthen collaborative working with homeless charities.”

“This new research, which has been updated from 2014, shows that people sleeping in bins remains an issue of real concern, and there have been several fatalities in the past few years. Once people enter a bin to sleep the risk of harm is a real possibility. There needs to be a nationally agreed approach to this issue which will likely consist of a partnership between the customer who is the waste producer, homelessness services and the waste operator to help prevent these tragic incidences.”